What Size Motorcycle Should I Buy? – BikeSocial's guide 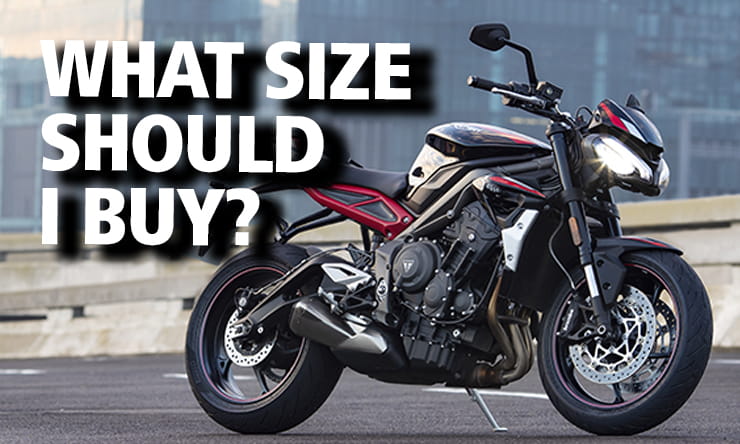 On the face of it, buying the right size motorcycle sounds so simple. You just wander into a dealership (in the absence of global pandemics), drink some questionable coffee, sit on a few bikes and pick one that feels comfortable. Or do you? In fact, a lot of us don’t do that at all – we see a vision of perfection, ignore every signal telling us it’s madness, and sign on the dotted line.

Let’s address the legal basics first. If you’ve got a full motorcycle licence, please proceed straight to #2 because you can ride any size bike. For everyone else, it’s complicated. Check out the flow charts here for all the details of what tests you need to pass, but in terms of size, the basics are: if you’re 16 it’s 50cc mopeds only; if you’re 17 or 18 it’s 125cc motorcycles or below; if you’re aged 19-21 it’s any bike with power below 35kW (47bhp); if you’re 21-23 it could be any bike if you’ve already ridden a 47bhp bike for two years; and if you’re over 23 you could ride any bike. And yes, the system’s a tangled mess.

Now we get to the fun bit: choosing the motorcycle. The most important consideration is your riding skill and experience, and it’s surprisingly easy to completely forget this. “The most common theme I see is where people have over-biked themselves,” says Mark Edwards, an ex-police rider who now runs advanced riding courses for Rapid Training.

“Because riders are generally coming into biking in their late 20s and 30s now and they have a few quid in their pocket, they do direct access and launch themselves straight onto a big bike,” says Mark. “They don’t realise they’ve missed a huge chunk of motorcycling that would have given them a really good grounding – and been great fun. You learn a lot while riding a smaller bike because it’s more forgiving and easier to handle.

“I see a lot of people on BMW R1200GSs, litre sportsbikes and the like, and they don’t really understand how to ride them or get the best out of them. One of the obvious problems is struggling with the weight at car park speed – lots of riders tell me that they’ve dropped the bike in a petrol station or car park, and they really shouldn’t be doing that. By the time you get to be riding a big bike, you should have picked up the machine control necessary to cope with the slow stuff.”

So unless you’ve had at least three or four years riding smaller bikes, it’s probably best to avoid the big stuff. Fortunately, this doesn’t mean getting something boring, as there are dozens of brilliant middleweights which will be far more forgiving than something like a GS, yet just as exciting. Yamaha’s MT-07, Triumph’s Street Triple and KTM’s 790 Duke, for example, all feel deliciously light and are hilariously fast, which is why plenty of experienced motorcyclists own them.

“Part of the problem is the way bikes have been marketed, because despite there being some great middleweight bikes out there, many riders I train still feel they’re not proper motorcyclists unless they have a big 1000cc-plus bike,” says Mark. “So they believe they need a 1250GS to be a biker, when they would get much more enjoyment from a decent middleweight.” 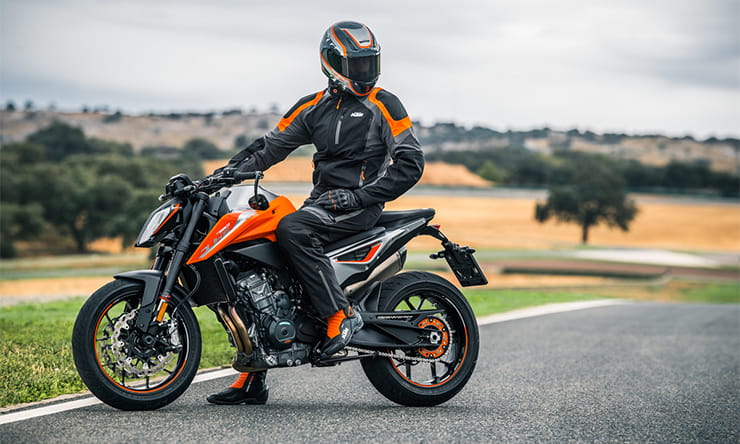 The next consideration is what you’re going to use the bike for – town commuting, weekend blasts, touring with pillion, solo touring, trackdays, motorway commuting, trail riding… or a combination of them. In terms of size of bike, here’s what to watch out for: 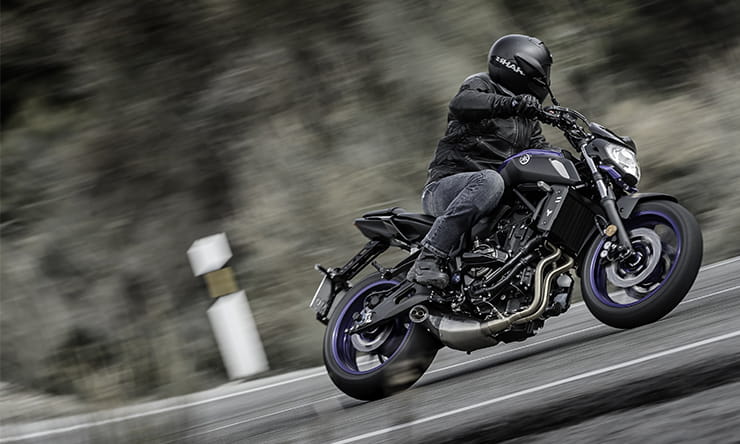 4) Does it physically fit? If you intend to ride more than one hour at a time, an uncomfortable motorcycle can take the edge off any ride. If you’re over 40 and possess knees, beware even the biggest sportsbikes. Bar KTM’s old RC8, they’re designed for racing midgets. At the other end of the scale, adventure bikes and large tourers can be perilous U-turn propositions for those short of leg.

See our guides on best motorcycles for short riders and tall riders here.

The trick with choosing the right size bike is to try and separate the pride of ownership thing from what you’d actually enjoy riding. So if you’re new to bikes and haven’t spent at least two years bombing round on a middleweight, resist the temptation to get a 1000cc+ bike. And if you already own a big bike and are not loving every minute, consider going back to a modern middleweight – they really are superb. Your ego might take a knock, but we guarantee you’ll be surprised how much of a brilliant time you’ll have…