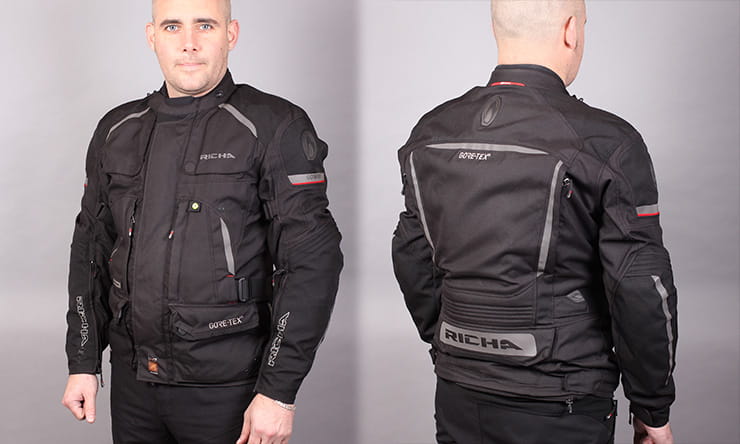 If you’re commuting on a bike all year, or touring, you’re going to hit all weathers, so you have to make sure your gear is up to the job. I’ve been using the Richa Atacama jacket for about three months now and have clocked up about 5000 miles while wearing it. Here’s what I’ve found out... 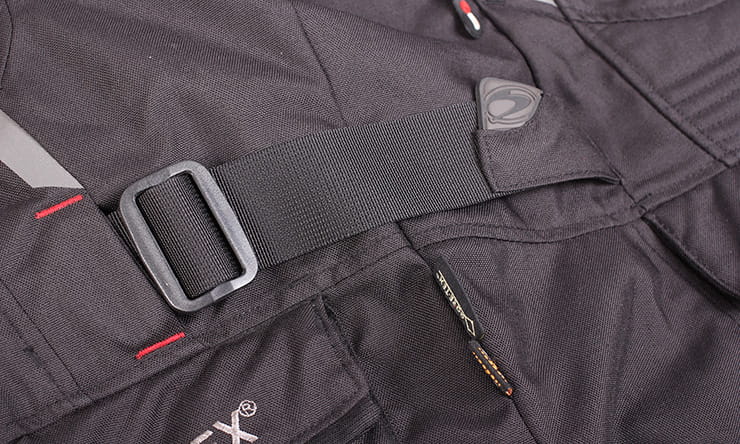 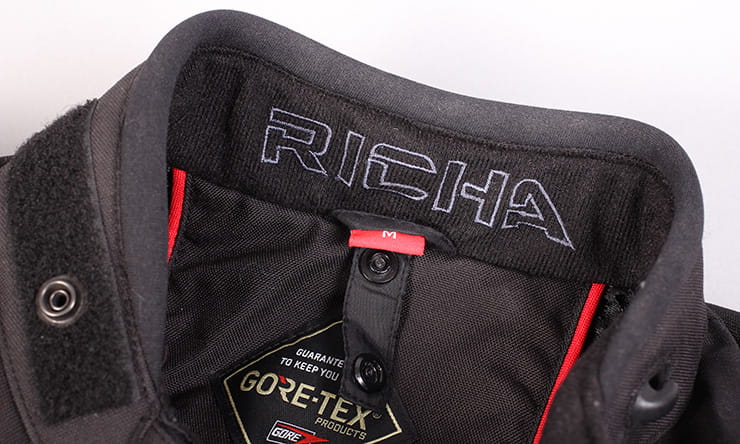 The jacket I have is a medium and is just about the perfect fit – I say just as when the chest pockets are full of wallet, keys and phone the chest area feels a tad tight, especially if I have the thermal liner on underneath. That said the jacket is always comfortable with no tight spots around the shoulder or arms and the collar closes snuggly around my neck.

I’m 5.7” and about 11-stone, if you’re any taller or heavier than me I’d advise the next size up but the safest bet is to get to a stockist and try the jacket on first.

As mentioned above the Atacama has two zipped chest pockets that are completely water tight. I’ve had my phone and petrol receipts in there and ridden for 70-miles through torrential rain without the slightest hint of any moisture getting in.

There are two large pockets on the front near the waist that have extremely strong Velcro flaps holding them shut. I have found that on a long ride some water will get into the interior of the pocket so it’s best that you don’t store anything that could get damaged in them.

The jacket also has an inside pocket built into the left lapel that’s lined with Gore-Tex and again I have found it to be completely waterproof regardless of how wet the weather became. There’s also a large pocket on the back of the jacket that’s zipped and has a Velcro flap over it. Although it looks as though it should be water tight I’ve not used it; most of the time I have a heavy rucksack on that sits directly on top of it. 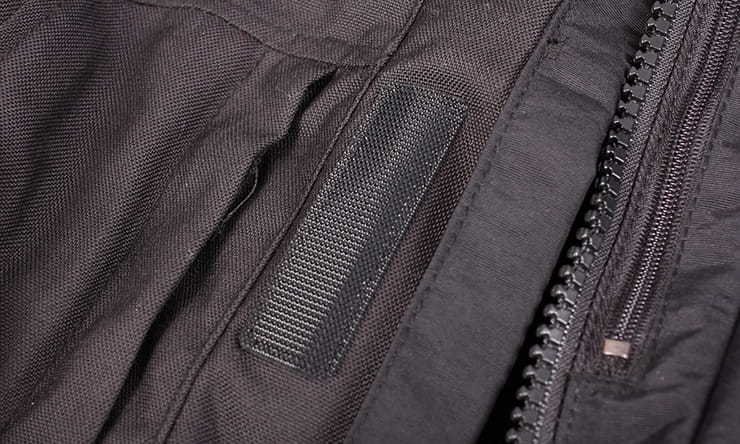 The front of the jacket has a heavy duty YKK zip with a rubber tag attached to make it easy to find and use while wearing gloves. This is covered by a large storm flap that attaches to the other side of the jacket with strong Velcro. While riding I’ve never had any drafts, leaks or problems.

The collar of the jacket is secured with a Velcro strap that has a popper on the end of it, while there’s a soft neoprene section that sits under your chin to prevent the jacket’s outer liner irritating your neck when you’re riding.

I found all the zips, Velcro and buttons easy to use when wearing winter gloves. The jacket has zips along the end of each forearm that are double-ended – zip from the top and they act as vents. There’s also a full zip around the hem attach to it to compatible textile trousers for added warmth and security – I’m using the Cyclone trousers. 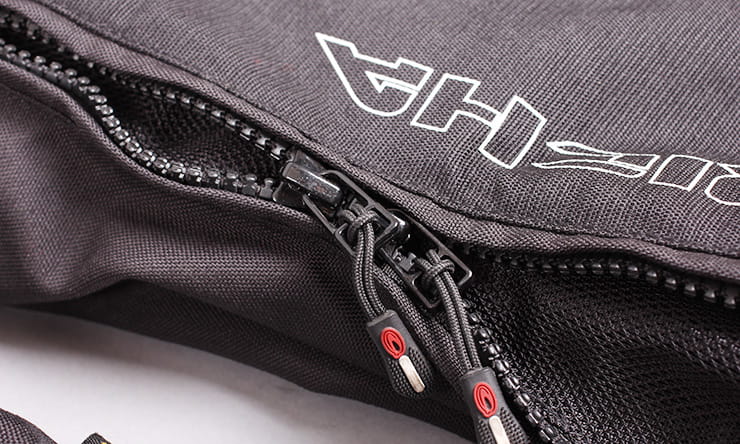 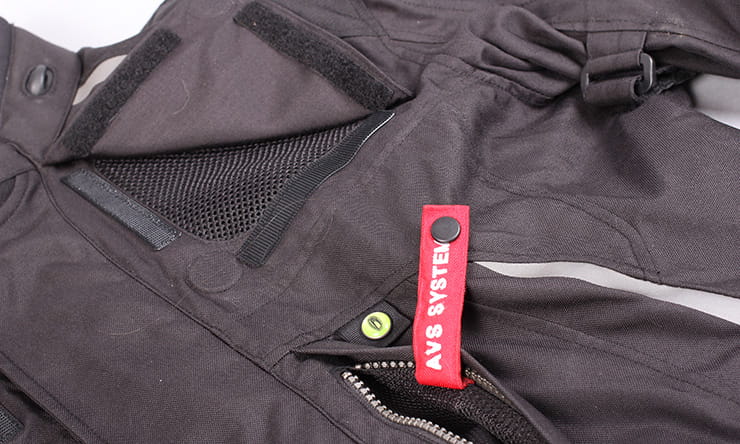 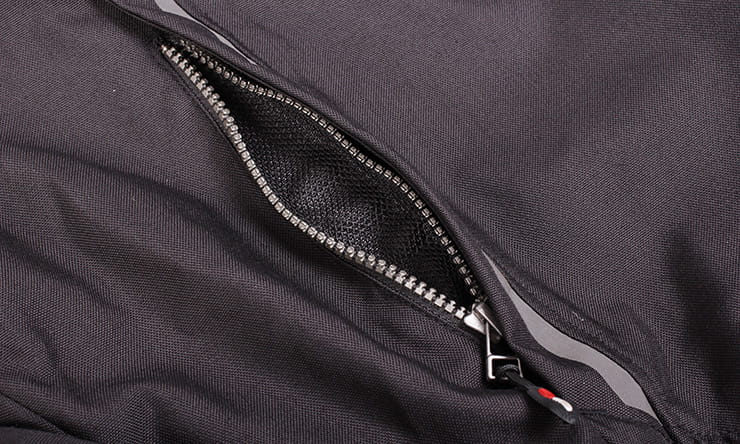 The chest pockets on the Atacama double as air-vents and have a red strap that holds the pocket open, allowing air to enter the jacket. There’s also a vent that can be held open with a strong magnet on the front of each shoulder and two zipped exhaust vents on the rear.

At first I found the pocket vents to make no difference at all but later realised that they work best when used in conjunction with the flap above them and the vents on the rear. Once all vents are open there’s a noticeable movement of air around the interior of the jacket. I felt more of an effect when riding naked bikes like the Triumph Bobber, and less so on my faired Yamaha Tracer.

The Atacama has two liners included with it; one thermal liner and one Gore-Tex waterproof liner. Both of these zip into the jacket and have small colour-coded loops and poppers that secure them to the cuffs to ensure they don’t ride up when you put the jacket on. They are a bit fiddly to do but once you get the hang of where they go – Red loops go to red poppers etc – you can remove and reinstall the liners in about five minutes.

The Thermal liner is a quilted design and can be worn as a standalone jacket when not on the bike. I have done many times and can’t get over that fact that it’s a part of another jacket; it looks really stylish. That thermal liner is also extremely good at its job as I found out the first time I rode home in it – I had to pull over on the A14 to remove it as I was burning up. In September!

The second liner is Gore-Tex and designed to sit over the thermal one to make the jacket waterproof. While using it I’ve had no leaks or moisture around any of the seams or zips. 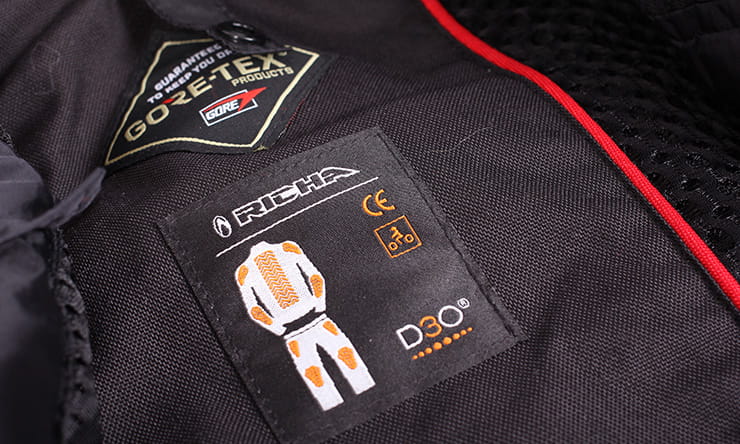 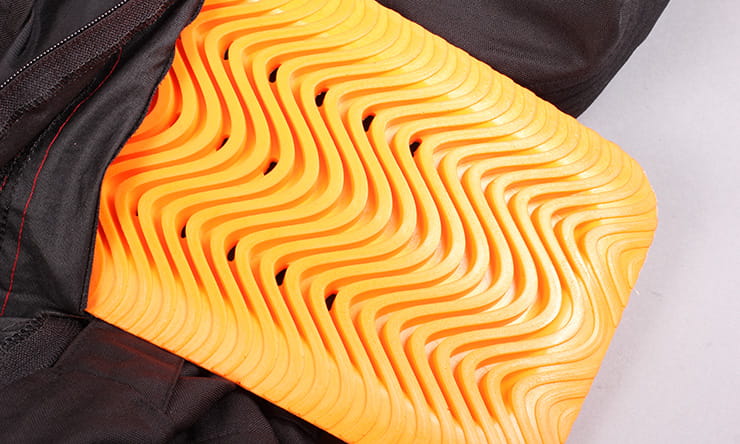 The Atacama uses D3O armour on the elbows, shoulders and back. I find the D3O armour excellent; it’s so slim and light that it doesn’t inhibit my movement and is so much more comfortable than the type of armour I’m used to.

The Atacama jacket is a really quality piece of kit. It’s got all the features that a decent all-year-round jacket should have and more. While I haven’t ridden through the very worst weather the world can throw at us, I’ve done enough to be very impressed with this kit.