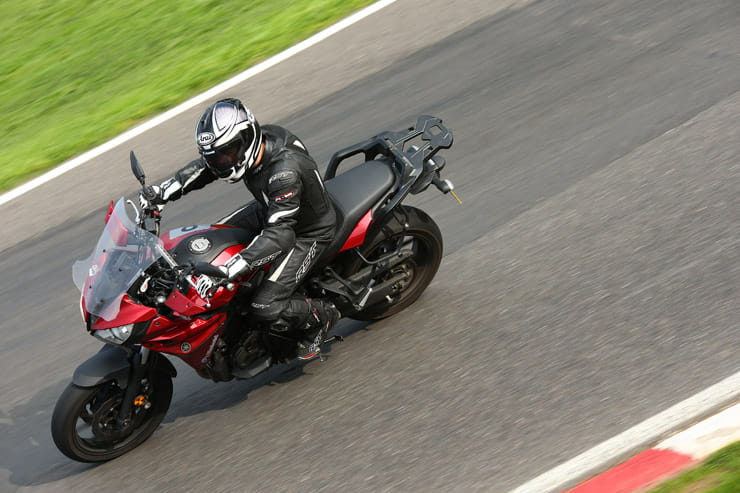 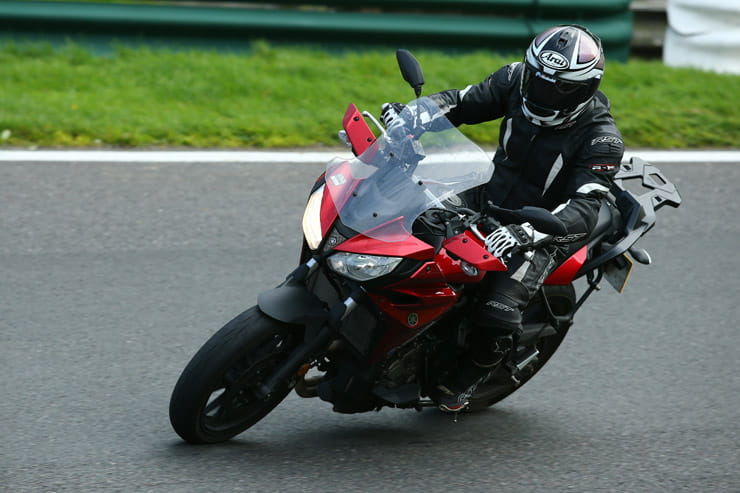 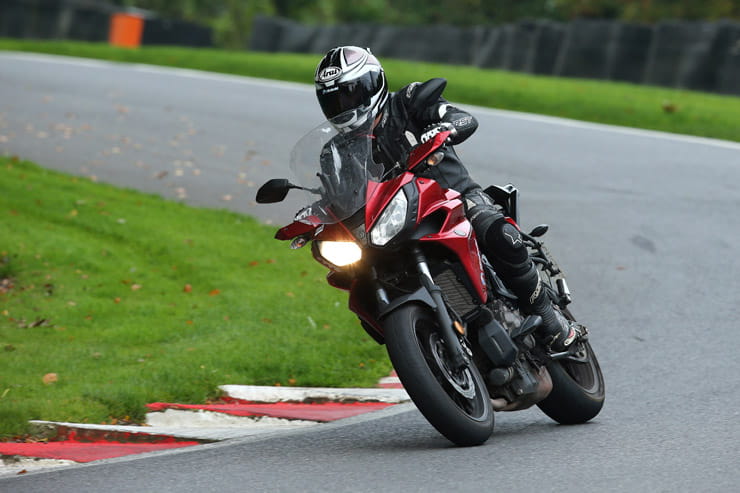 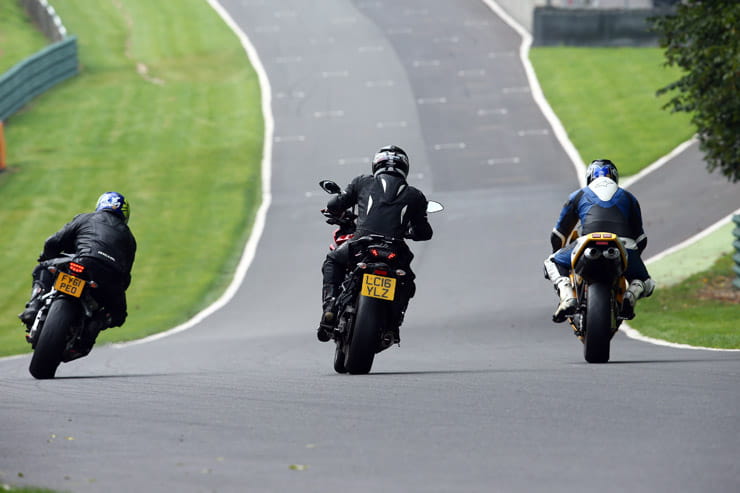 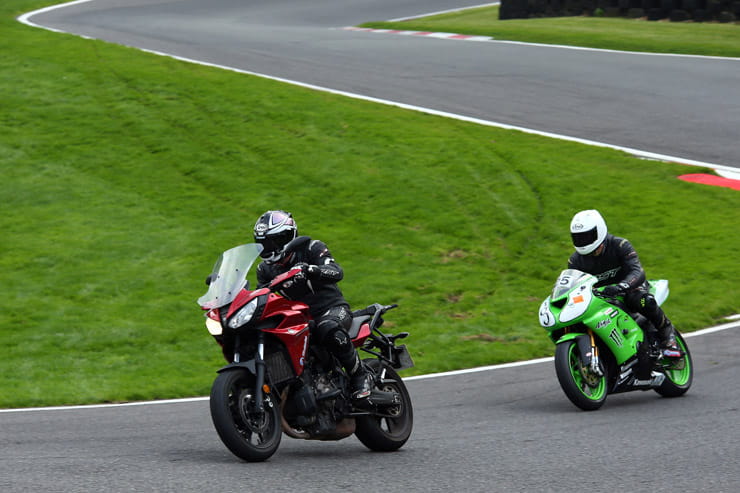 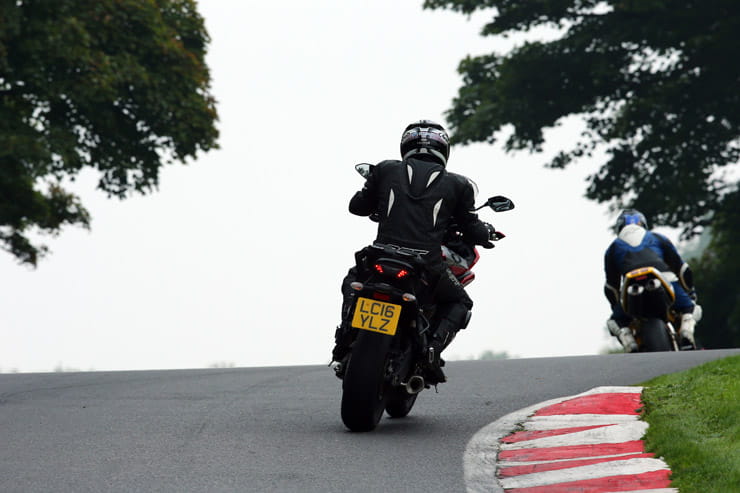 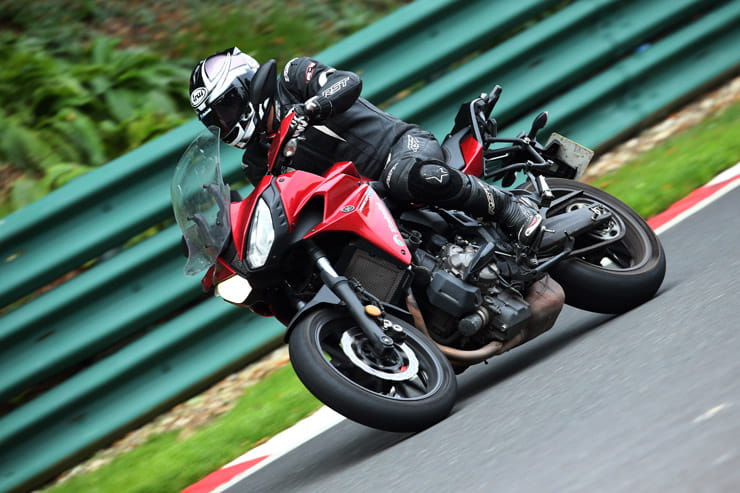 If you read my last write up, you’ll remember me making some comments about Yamaha’s middleweight tourer being a potentially capable track day tool. Turns out I wasn’t wrong! 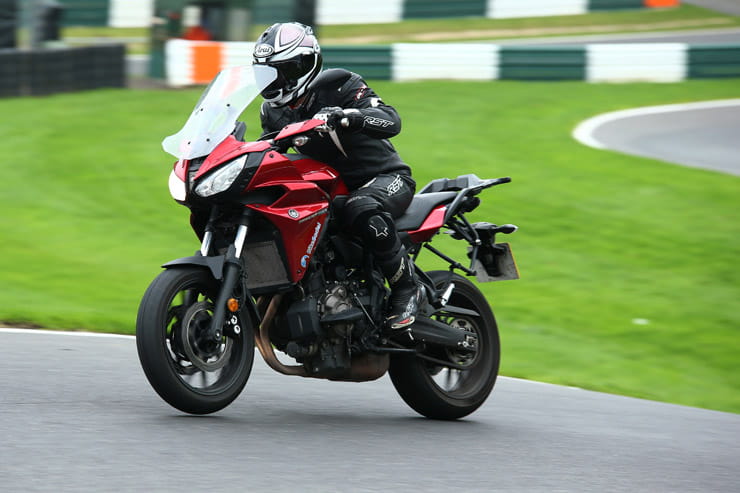 There is no prettier circuit in the UK than Cadwell.

Tuesday was perfect for a ride to Cadwell. Myself and fellow BikeSocial crew member, Chris Newble, set off for the 60 mile trip to arguably the UK’s prettiest and most demanding race circuit. As we shot along the B1192 and with Typhoon fighter jets rushing overhead I began to wonder whether or not this was a good idea. Hopefully the Tracer was up to it. Hopefully I was up to it! 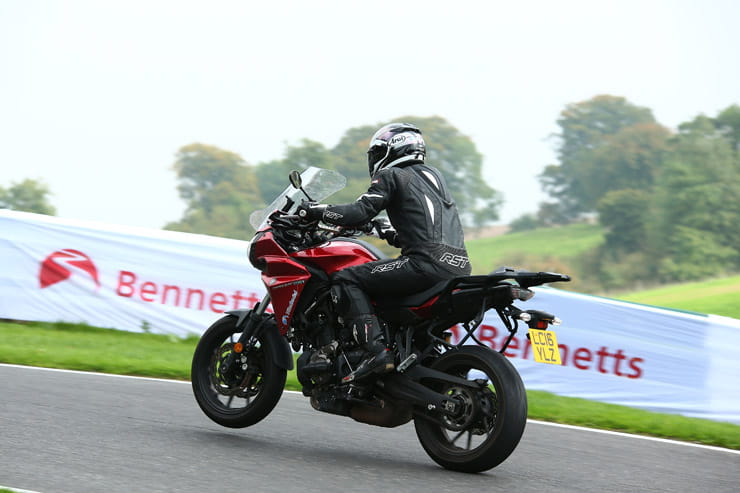 Not quite Josh Brookes but, you know, at least it's a Yamaha!

Arriving at the circuit at 7am we were greeted by a misty and chilly Cadwell Park. The natural bowl-shape of the circuit means that fog can linger for some time, I really didn’t want to be riding the mini-Nürburgring for the first time in mist. Luckily by 10am the fog had lifted and the sun had begun to burn through and the first couple of sessions of the day ran without incident. Then it was my turn. 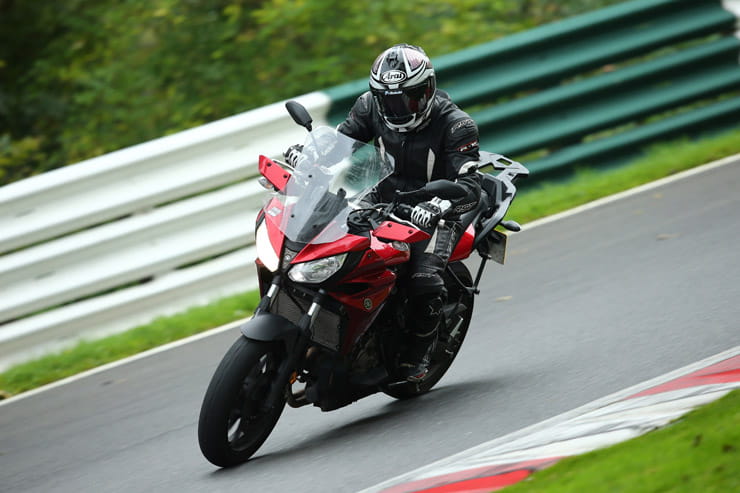 The Mountain, take a late apex into the left hander that precedes it then hold the left kerb, you'll get a better exit/wheelie.

The on-track action was co-ordinated by the California Superbike School (CSS) and was executed to perfection. Everything from the morning briefing to the on-track tuition is carried in a professional yet relaxed manner. One example of this is how they run the first session of the morning and the first session after lunch; rolling down the short pit exit from the top paddock into Hall Bends was pretty nerve racking, and the thought of going flat out from the word go had my heart pumping out of my chest. Luckily the guys lead all the riders around in single file for two laps and then lead you back into the pits again. This is so you not only have an idea which way the track goes but also how to get on and off the circuit and to get a little heat into the tyres. After holding us again for a moment to make sure everyone is back safe we are waved out for the first time. 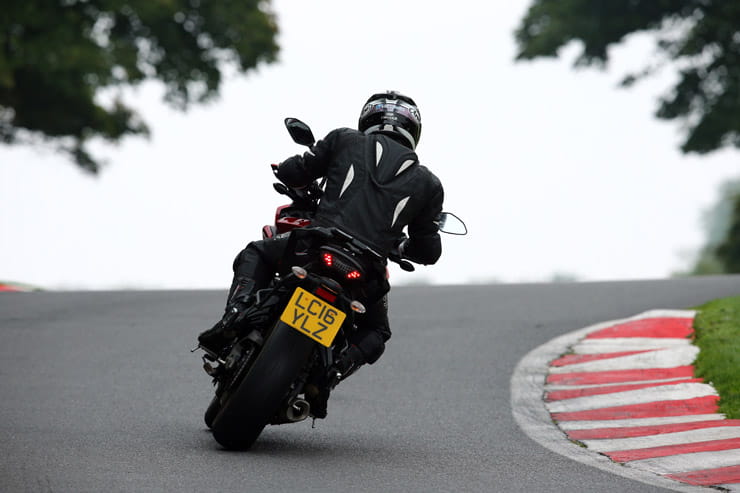 Hall Bends are tricky, take a later apex in the right turn to open out the left hander.

The advice from the instructors is still ringing in my ears; ‘Build the speed up steadily, let the tyres heat up.’ I don’t mind admitting my first four or five laps of the circuit were rubbish, I was both wide-eyed and running wide, braking too much and too hard into almost all the corners! I was about ready to throw in the towel, collect my panniers and head back to Coventry with my tail between my legs, when a CSS instructor came to the rescue. They had obviously picked up on my lack of talent, bravery and skill! Sweeping in front of me as I exited Charlie’s the instructor tapped the rear of his seat. For the next six laps every apex we approached would be pointed out giving me the bit of kerb I needed to clip. Handily the instructor rode a Ducati Supersport S road bike so I could read his brake light as a clue to the correct braking point. 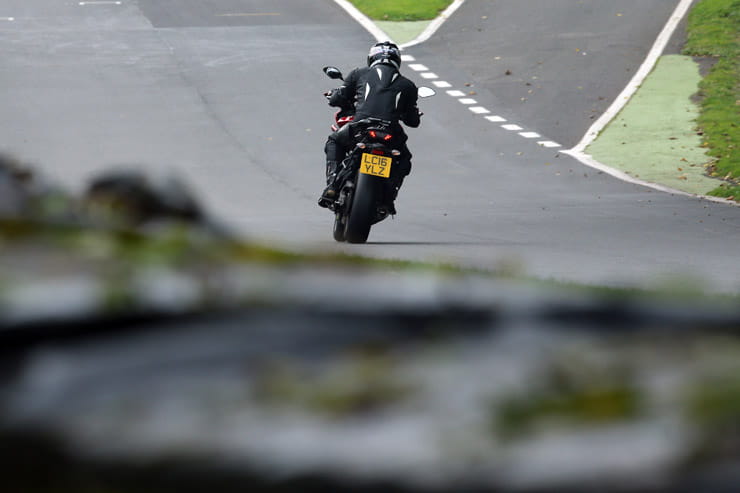 The woodland section of Cadwell Park is stunning, you just don't get to take it in.

Within three laps I felt like I’d cracked it, I wasn’t riding the Tracer half as hard I had been, and the bike now felt much more composed. My braking, which had earlier had the ABS cutting in, was now smooth and finished just before I tipped the bike into the turns. I had also noticed my speed at the end of Park Straight had increased, topping out at 115mph towards the end of the day. Alas, just as I was starting to get into the groove – and actually overtake people – the session was over and it was back into the pits. 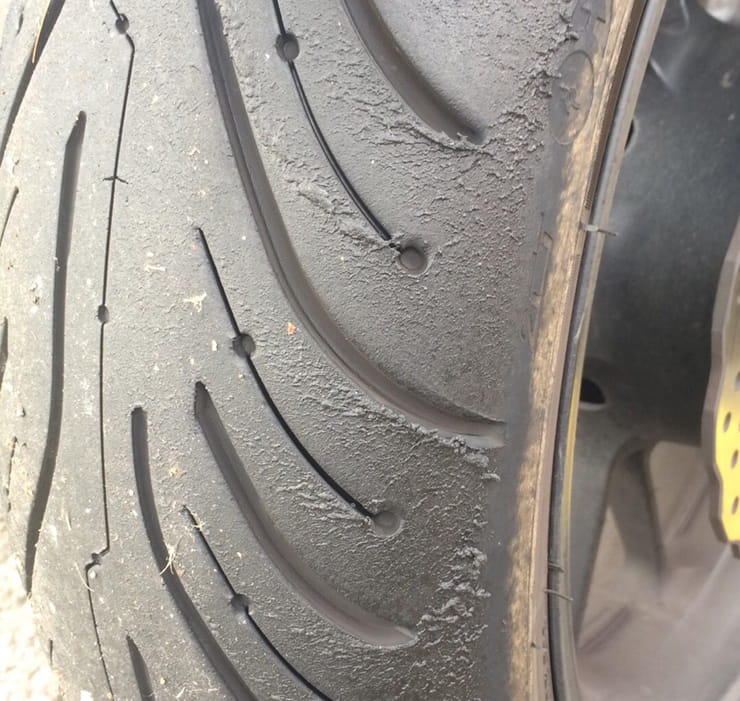 I know it's childish but, getting the tyre a bit knackered made me feel good!

Reflecting on my first session I was pretty happy with myself, it was my first track day after all on one of the toughest tracks in the UK. I was even more happy with the Tracer though. This was a bike that is now so far out of it’s comfort zone you could forgive it for being pants but it really wasn’t! The suspension is probably a bit soft for proper track riding but for a novice you want it to be a bit more compliant, I could feel when the front and rear of the bike were reaching the point of slipping and had time to adjust accordingly. The brakes were faultless, I was out braking more experienced riders on more track focussed bikes – notably a chap on a Ducati 748R who seemed to be about the same pace as myself which was fun – I could brake later than he could and still get the bike in around and out of the corner faster than he could. It was only on the straights where the 74bhp really left me vulnerable to overtakes. All things told I completed four out of five sessions only skipping the last one to save some fuel for the journey home.

The next adventure for the Tracer is a two-up trip with full luggage to watch the Mablethorpe beach races in October, stay tuned for that update.