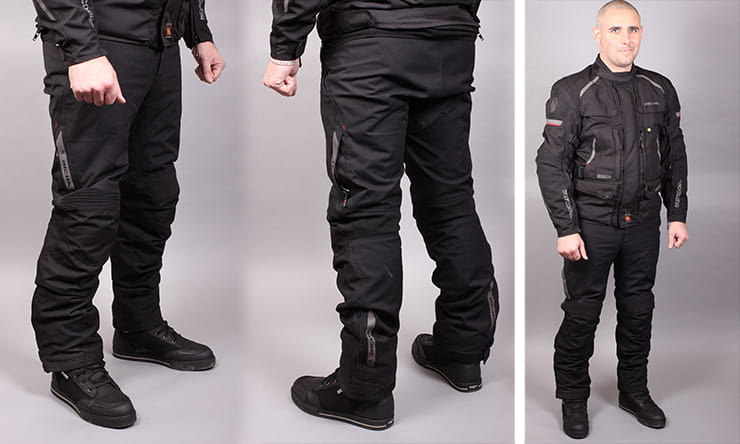 Living in the UK means textiles and motorcycling go together like… well, clouds and rain. If you’re going to commute on a bike all year round you’re going to get wet and cold at some point, probably around August, so you have to make sure your gear is up to the task. I’ve been using the Richa Cyclone Trousers for about three months now, paired with the Atacama jacket and have clocked up about 5000 miles while wearing them. Here’s what I’ve found out… 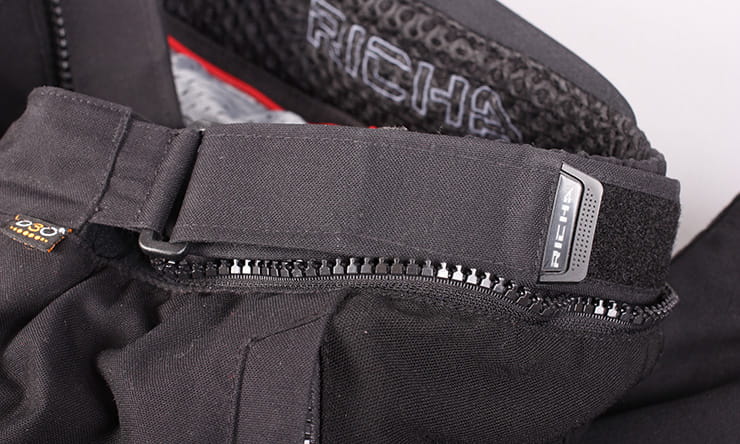 The trousers I’ve been wearing are a medium and I have about a 32” waist and 29” inside leg. The fit round the waist is really snug and the leg length is spot on. When riding a taller bike such as my Yamaha Tracer 700 the stretch to the floor is slightly restricted – I’m only 5’7” – but never to the point where I feel I could lose balance. If I’m honest I could have gone for the large and the fit would still have been fine but I prefer textiles that don’t flap in the wind so I’m more than happy with a medium. 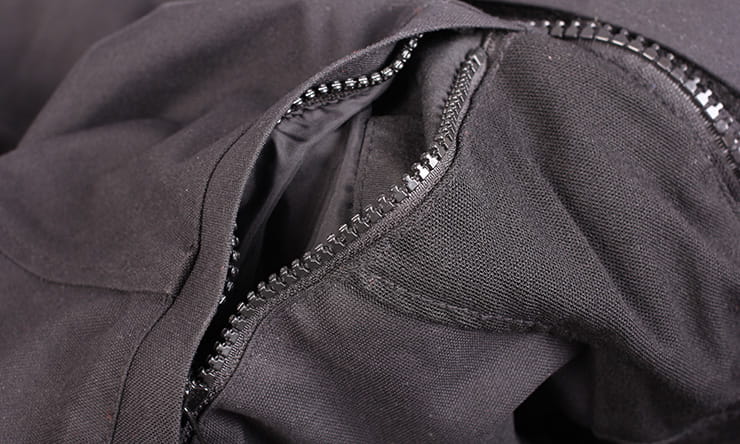 There are two pockets that are zip fastened on the front, which although not Gore-Tex lined do seem to be waterproof. The zips have small string tags attached to them that help you tuse them when wearing gloves; extremely useful when trying to put receipts and change in your pocket while out and about.

There’s a zip fly with Velcro flap, metal hook and a popper that fastens the front. Four methods of fastening a fly might sound a bit over the top but I would rather have a secure fly than not. One thing that is slightly frustrating is that after you have undone the fly the zip tends to get stuck behind the Velcro flap and can be difficult to dislodge. This may be trickier given the trousers are relatively new and may become less of a problem over time.

The waist has two large Velcro loops that adjust the fit, allowing you to take approximately two inches off the waist measurement. The loops have large rubber pads on the ends that make finding and using them when wearing gloves easy. 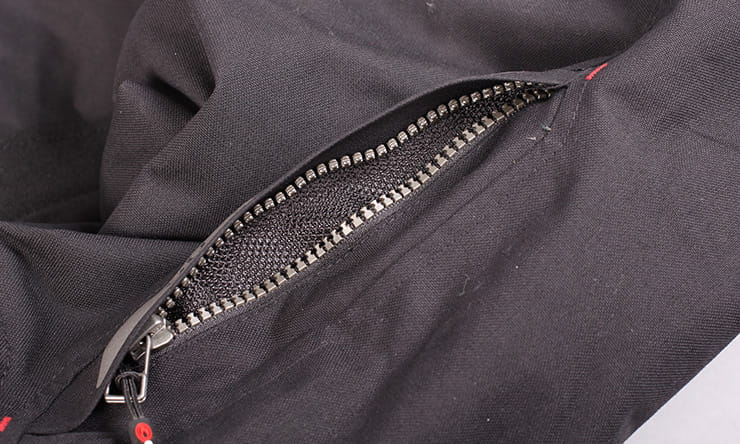 There are two vents on the outside of the knees to offer some ventilation in warmer weather; you do feel them working at speed although it is minimal. The vent is positioned on the trailing edge of the outside seam and has a small reflective flap that shrouds it. Most likely this has been done to ensure the trousers are waterproof but it may prevent air entering the trousers. In my opinion I’d rather have a dry leg than a wet leg given the choice.

The Cyclone trousers have a quilted thermal liner that can be zipped into them when the weather gets really cold. I have only used them once as I find a set of thermal leggings to be warm enough. If the thermal liner is used it also makes placing my foot securely on the floor that little bit more difficult but that’s purely based on my body size and the type of bike I ride. When not using the thermal liner, and when not wearing a base layer, the standard lining material is comfortable next to my skin and doesn’t itch or cause any discomfort.

The Cyclone trousers use D3O armour in the knees and hips. I find the D3O kit excellent; it’s so slim and light it doesn’t inhibit my movement and is so much more comfortable than the type of armour I’m used to. It’s going to sound a bit clichéd but you really do forget its there! 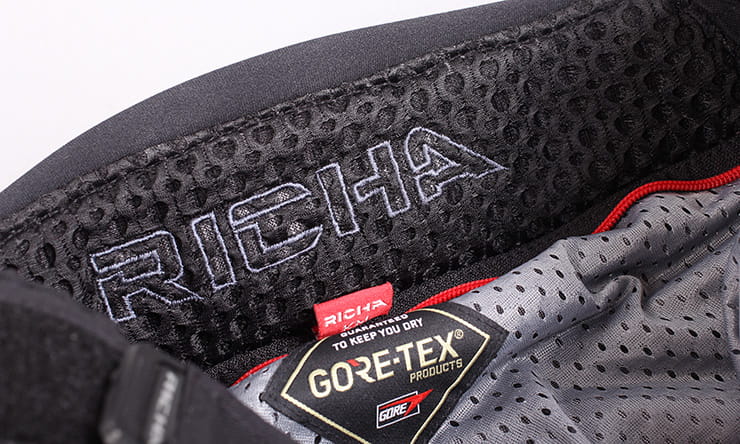 There’s a Gore-Tex ‘Z-Liner’ inside the Cyclone trousers that’s layered in the material that makes up the trousers. I have ridden through some truly horrible rain storms while commuting back and forward to work and never had any water make its way inside. I even managed to ride the 70-miles back from work one evening with both the knee vents open; on removing the trousers there was no evidence of any moisture getting in.

The Richa Cyclone trousers would suit a large cross section of the motorcycling community; from commuting to a cross-continent tour in winter. They sit in the midrange of the textile trouser market but could easily be mistaken for a much more expensive item. They’re packed with neat design touches that make the the sometimes annoying tasks we have to carry out while riding that little bit easier.