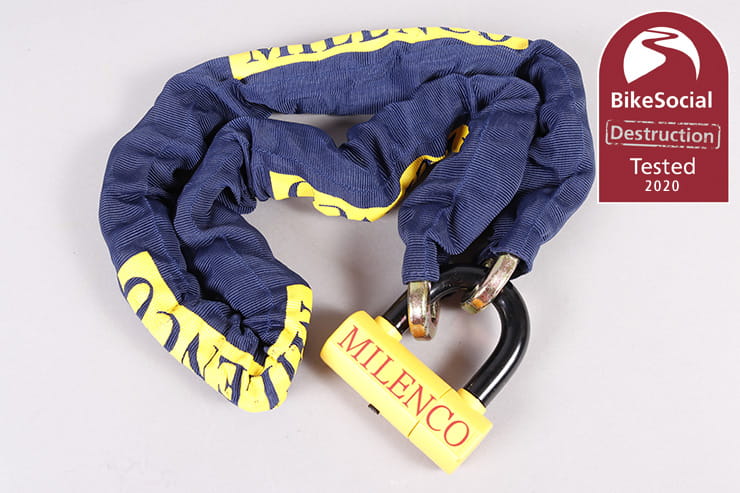 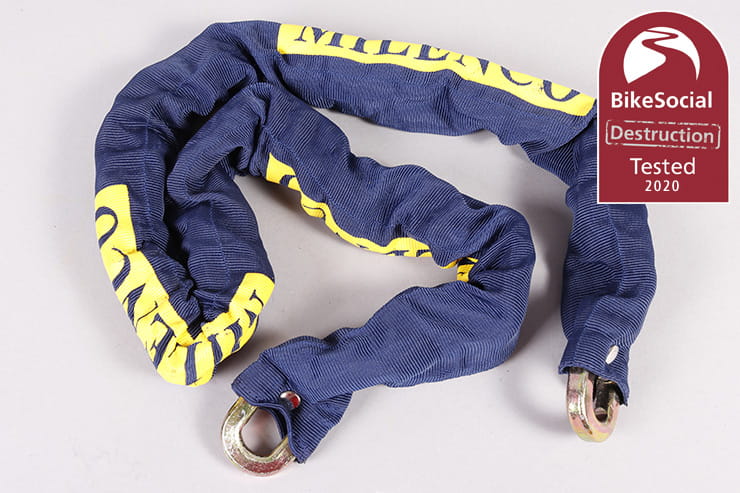 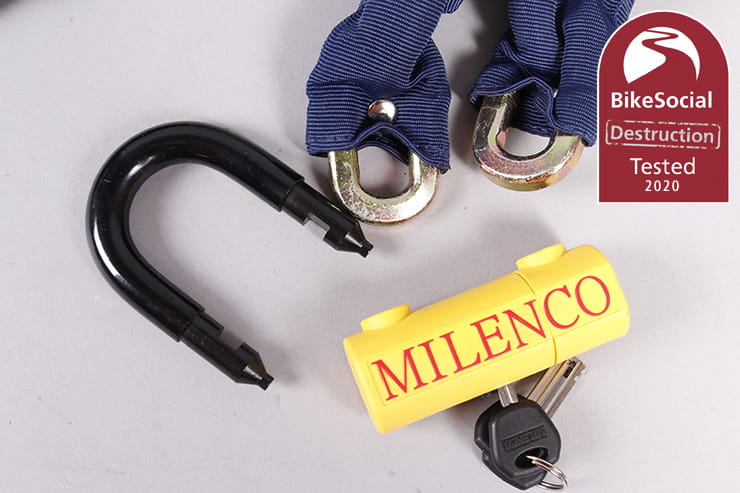 Priced at under £70 for this 1.4m Milenco Dundrod lock and chain, the 12mm links mean it’s a portable security solution that should offer better protection than many lighter-weight options.

Also available separately at £54.99 for 1.4m, the chain is covered with a tough fabric sleeve – rivetted at both ends – to protect your bike’s paintwork. The links aren’t long enough to pass through each-other, but while this isn’t an issue when used with the Dundrod or other similar locks, it’s worth noting if you intended to use it with a closed-shackle padlock that only accepts a single link.

The Dundrod disc lock has a plastic-covered body and a rubber-coated shackle, with three stainless-steel keys supplied (duplicates of which can be made by Milenco). These keys are of high quality and unlikely to deform like some cheaper brand’s disc-detainer keys.

The key-way in the lock body is protected by a sliding door with a nice, positive latching action that doesn’t fall open on its own.

Both the chain and lock are tested to Sold Secure Motorcycle Gold. 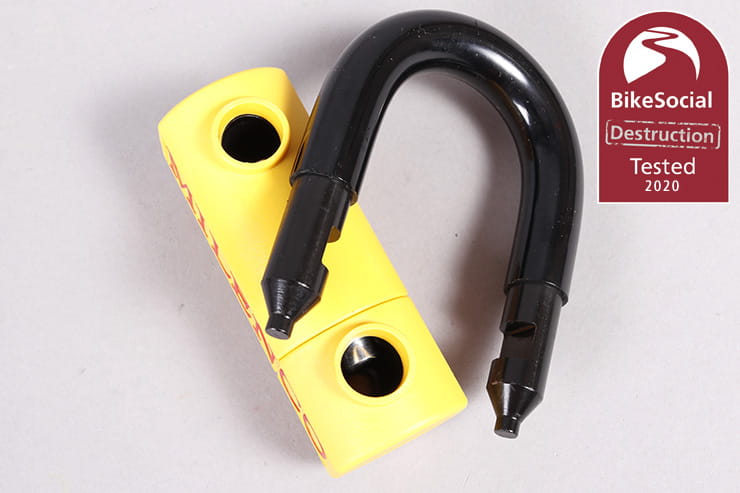 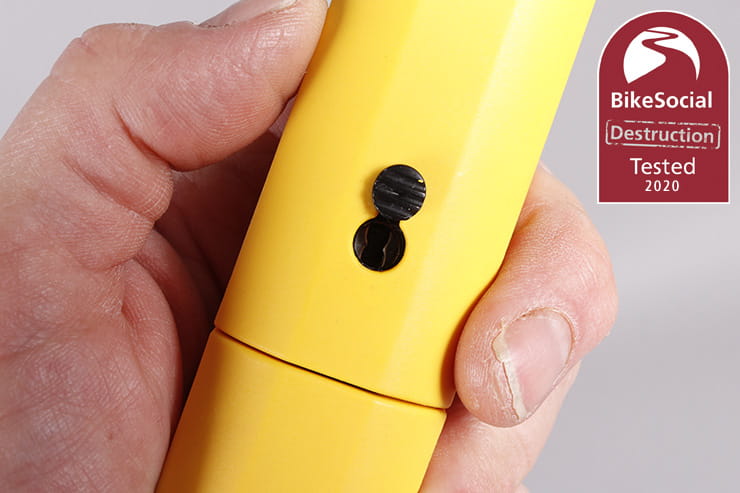 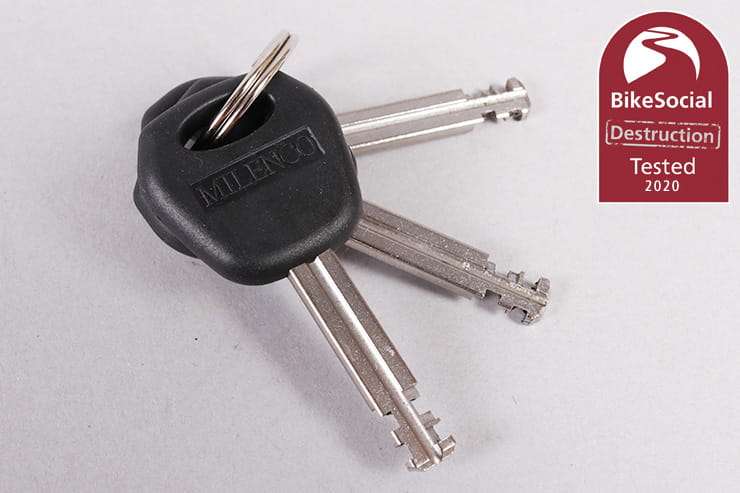 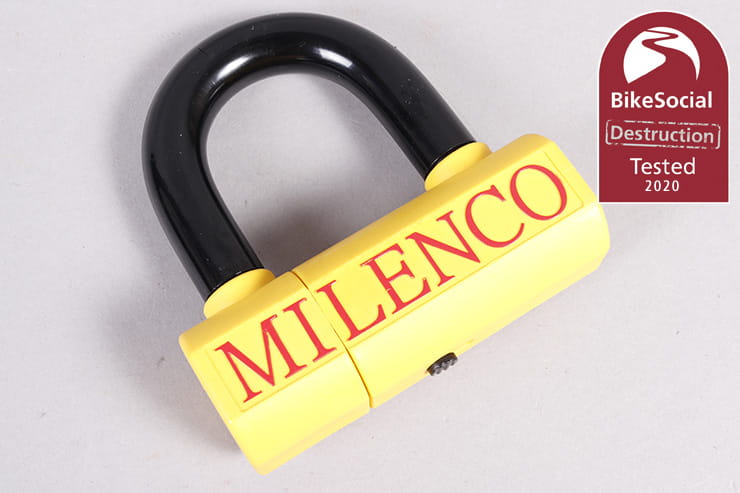 The Milenco 12mm chain has square links with a typical thickness of 10.7 to 11.8mm. Rolled up, it covers a diameter of about 23cm.

Our 1.4m test sample weighed 4.4kg, which equates to 3.14kg/m. The chain is available in lengths of 1m, 1.4m and 1.8m. It’s worth noting that longer links can make for lighter chains – some slightly thicker 13mm chains actually weigh a little less through using longer links.

The Milenco 12mm is an imposing-looking chain though, which means it makes for a good deterrent while remaining portable at 5.0kg when combined with this Dundrod U-lock disc lock.

The chain should easily fit under a scooter seat or in motorcycle luggage, and it would also be possible to carry the chain and lock on a motorcycle with no storage space by using the optional £13.33 Milenco chain lock bag. 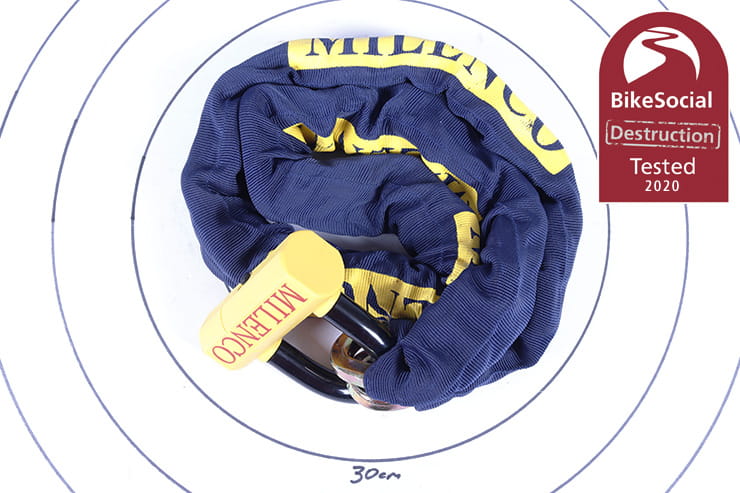 A bolt-cropper attack is fairly quiet, so it’s great to see that the Milenco 12mm chain resisted my full weight bouncing on the end of a set of the largest, 42” bolt croppers.

A sledge-hammer attack – which is noisy and impractical, so very unlikely – led to cracking of the weld in the chain’s link, but it didn’t break.

An angle-grinder will of course cut through this and any other chain, but it’s a noisy, attention-grabbing method. This chain resists attack as expected from links of this thickness, so while not up to the performance of some thicker – and often heavier – chains, this is still a solid performer and our data proves that using any security on your bike will make it far less likely to be stolen. 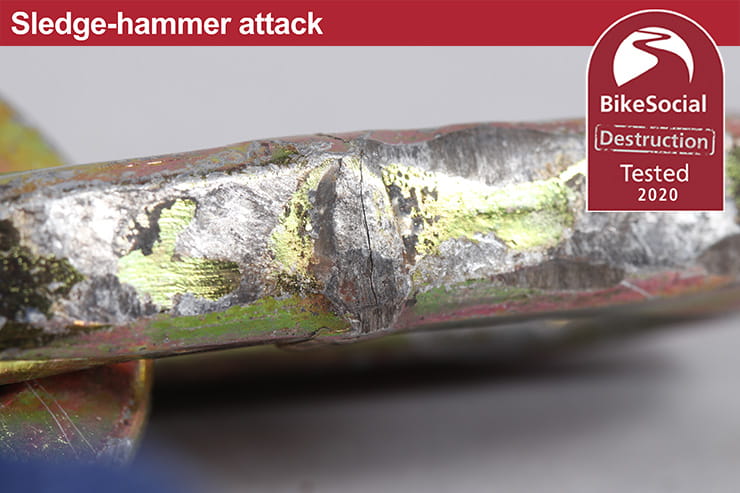 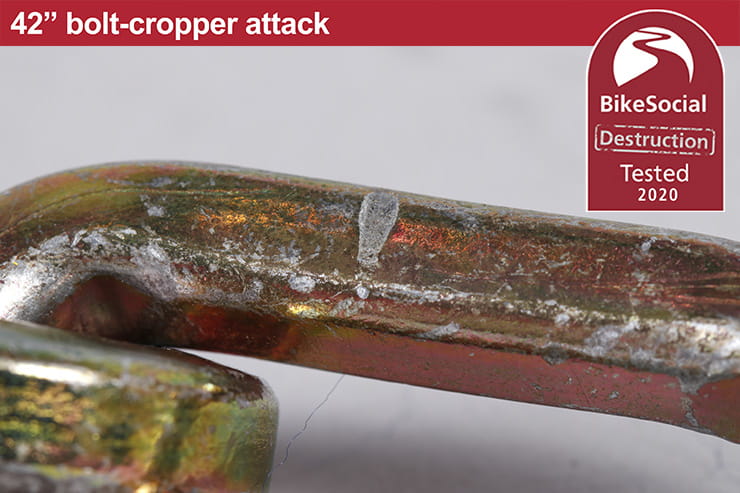 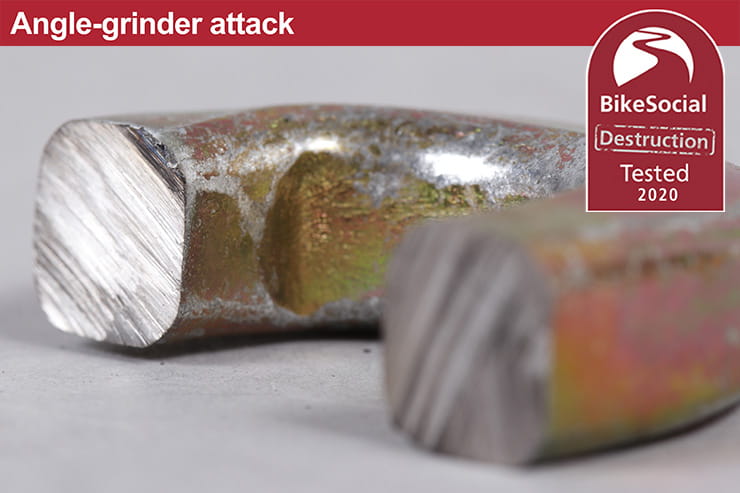 The 14mm shackle of the Dundrod disc lock should mean the chain is the more likely point of attack, but while the lock resists any attempt with bolt croppers, and only shows surface damage with a sledge-hammer attack, the shackle only needs to be cut once with an angle-grinder before it can be rotated to release the chain.

Unfortunately, a single cut of the shackle is quicker than the two cuts required of the chain, which weakens this package. 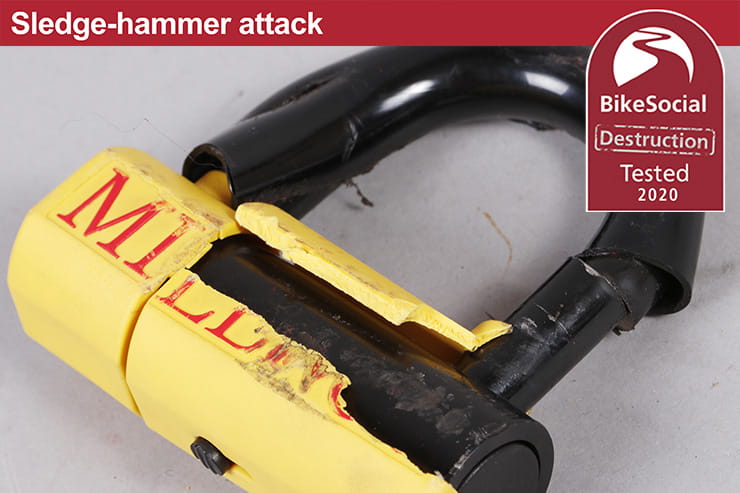 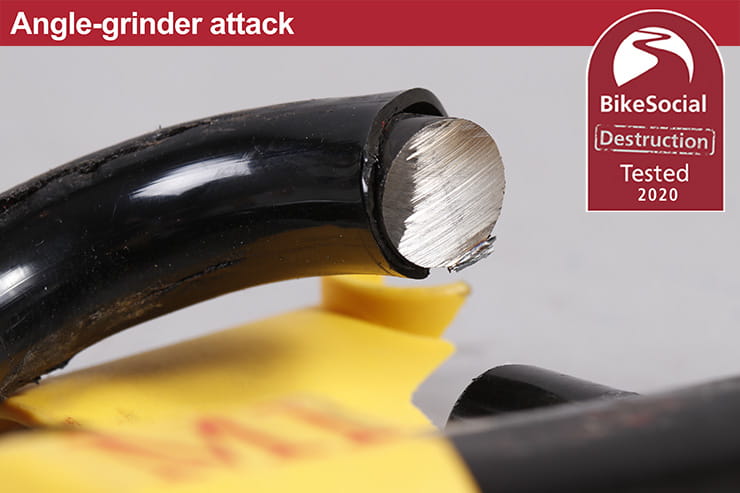 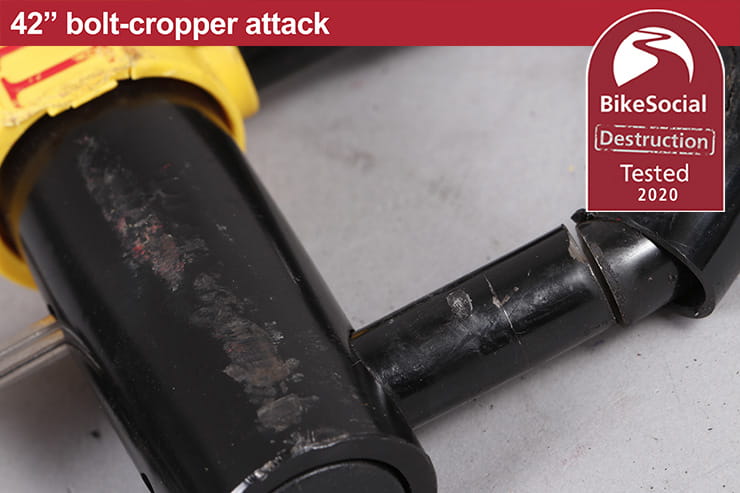 The Milenco 12mm chain is a solid piece of kit that offers a good deterrent. Combined here with the Dundrod disc lock it’s a good value package, but its performance is let down by the rotation of the shackle after cutting.

At a similar price, the Milenco Colerain 12mm chain lock – with its integral lock – is a tougher solution, though it does lose the versatility of having the option of a stand-alone disc lock.

It’s a shame that what is a well-made piece of kit is let down a little by the vulnerability of the shackle, though it could be argued that once a thief has made a start with a grinder, the difference in attack time could be less important to them.