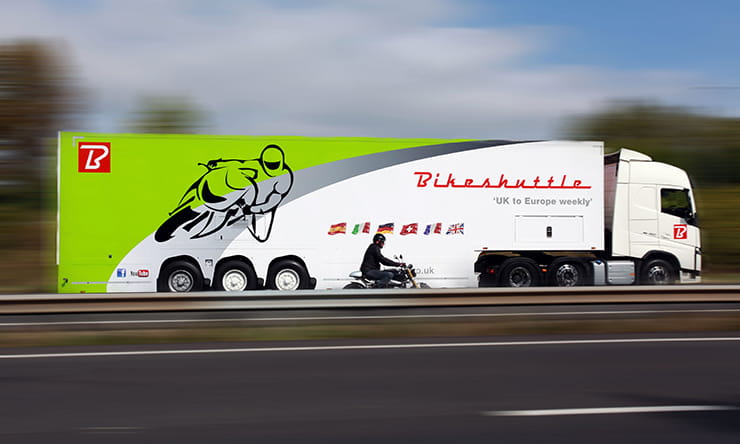 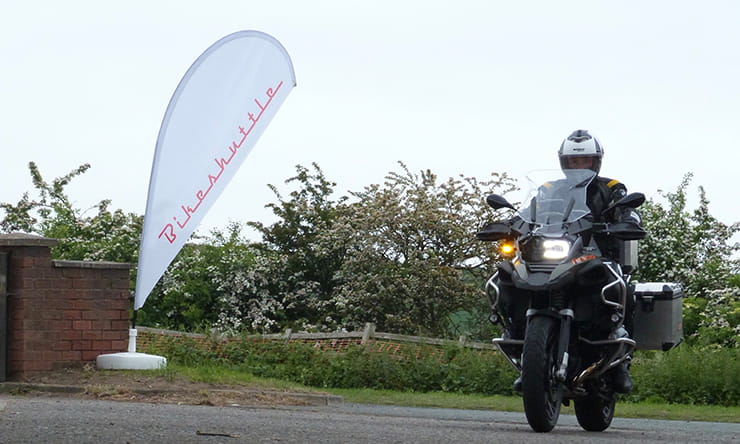 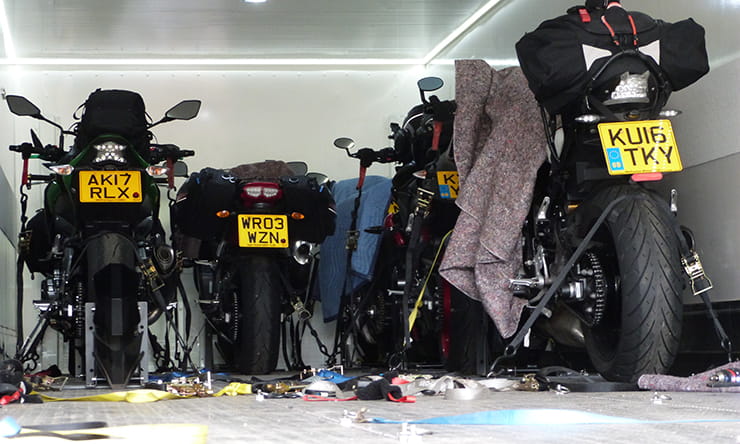 Northampton-based company, Bikeshuttle, has been ferrying bikes back and forth to mainland Europe since 2015 and have transported literally thousands of bikes directly to the best roads on the continent.

The concept came about when Bikeshuttle co-founder Declan Betts was heading to Mugello round of MotoGP. Planning on picking up a train at Paris and freighting the bikes past the monotony of the French toll roads, all was going well until a rider in the group suffered a breakdown. This meant the train from Paris was missed and the group had to ride the length of France through spring showers to make the event.

Returning from Mugello Declan picked the brain of his friend, and at the time CEO of UK Mail, Guy Buswell. Guy knew a thing or two about logistics so the two hatched a plan to make it easier for Brits’ with bikes to get themselves abroad. Bikeshuttle was born and the rest, as they say, is history. 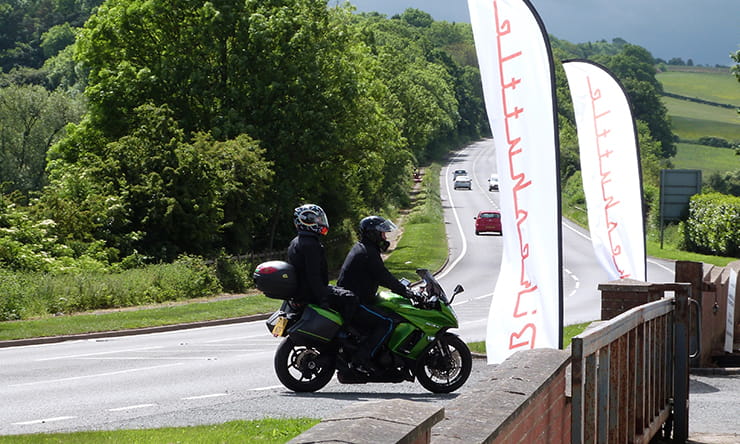 Firstly, your bike and riding gear needs to get to them. Their depot is on the A5 about seven miles from Northampton making it about as central as possible. You can drop the bike there before heading off for your flight or you can have Bikeshuttle collect the bike from you at a pre-arranged cost saving you the trip. If you can’t or don’t want to head straight off to the airport, you can opt to store the bike and gear at depot until you’re ready to leave. Storage at the depot is £15 per day in the UK or £20 per day if you need it storing at the hotel in Geneva.

Once dropped off, your bike will be carefully loaded and securely stowed onto one of Bikeshuttle's specially adapted trailers – think along the lines of the lorries that MotoGP teams use to get all their gear to a race in – and is driven overnight to Geneva, Switzerland.

By the time you’ve woken and had your breakfast at the hotel at the other end your bike will be unloaded and ready for you to hit the mountain roads. 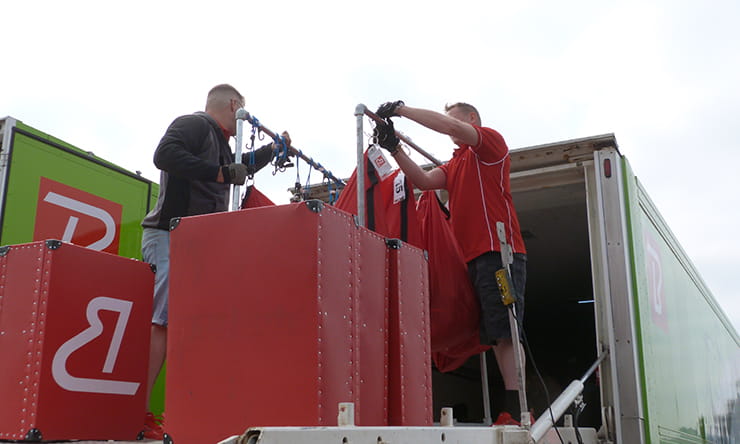 How secure is it?

In a word, very. From the storage depot to the vans, everything has been done to ensure that your pride and joy is as safe as it can be. There’s CCTV covering the depot and GPS tracking systems fitted to the lorries. The drivers are also fully trained and experienced having driven these routes time and time again.

Why not just ride it?

If you want to ride it, ride it. If you have the extra four or five days to add to your holiday and don’t mind the monotony of hammering out long and expensive days on the French toll roads, do it. I won’t talk you out of it and that’s not the point. The point is that in today’s world, time is more important to some and seeing that two week vacation in Europe shrink to seven days because of the ‘commute’ to the Alps, for some people that just isn’t on.

For me I chose Bikeshuttle because I needed to test out my long-term test Ducati in its natural habitat; hammering out long miles and shrinking continents on the way to World Ducati Week at Misano. And it works fantastically well and could have easily ridden it back again. I chose to use Bikeshuttle on the way back because I had all the information I needed for the review and had a four-year-old daughter at home who’d started to forget what I looked like!

Some may say that’s a good thing mind… 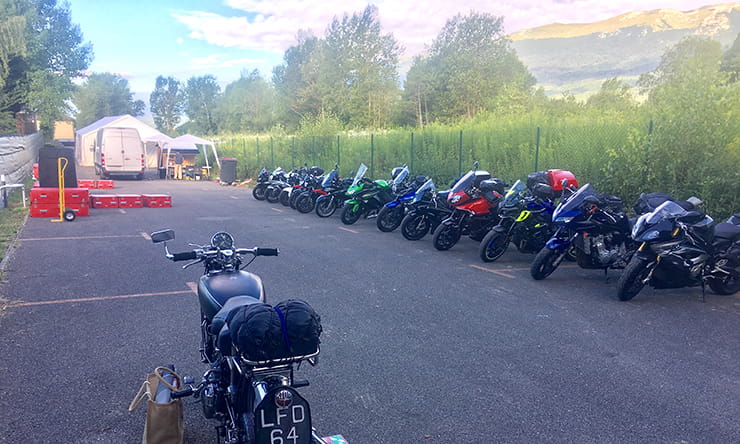 Can Bikeshuttle sort me a hotel in Geneva?

Yep, and pretty nice one at that! It’s based in a place called Thoiry (pronounced Tee-or-eey) which is about 15km from Geneva. It’s around £55 per person based on two sharing. It’s a newly built Best Western with all the mod-cons and is very clean and tidy. Below the hotel there is secure parking for Bikeshuttle customers in specially prepared bays and a lockable kit room with bags for kit and helmets for the return trip in the lorry. Just book the hotel with Bikeshuttle when book your bike in. Easy.

How far is it to the really good roads?

About an hour should start to see the tarmac gain altitude and after a couple of hours you can be scratching footpegs on the St Bernards Pass like the hero your mum always said you were! From here, Italy is your oyster. Milan is an easy ride and as I found our when I toured to World Ducati Week, the Adriatic coast is about two days easy riding to the south. 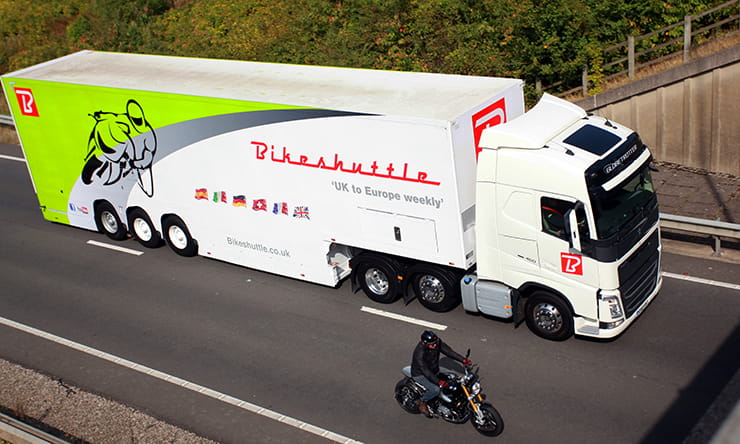 I’m not a fan of chocolate, do they go anywhere else?

Currently Bikeshuttle run services to Geneva - the gateway to the Alps, Italy and a day’s ride from the likes of Monaco and Lake Como.

They also run the same service to Toulouse - a stone’s throw from the Pyrenees and the stunning roads around Andorra. If you are looking for a jaunt around the bike-mad country of Spain, Toulouse is a perfect starting point. 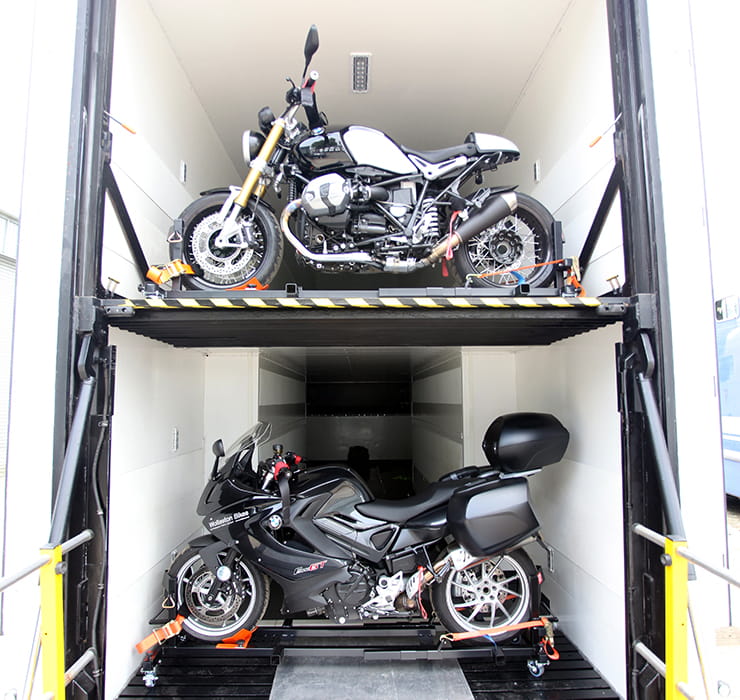 How far is the hotel from the Airport in Geneva?

Only about 10km but be warned, the airport is on the Swiss side of Geneva and even the air is expensive! One cab company wanted €70 to take me 10km! If you shop about you can get this down to about €50 or if the weathers okay it’s walkable – just! That said, if you stay at Bikeshuttles recommended hotel there is a free shuttle bus that can run you to the airport. 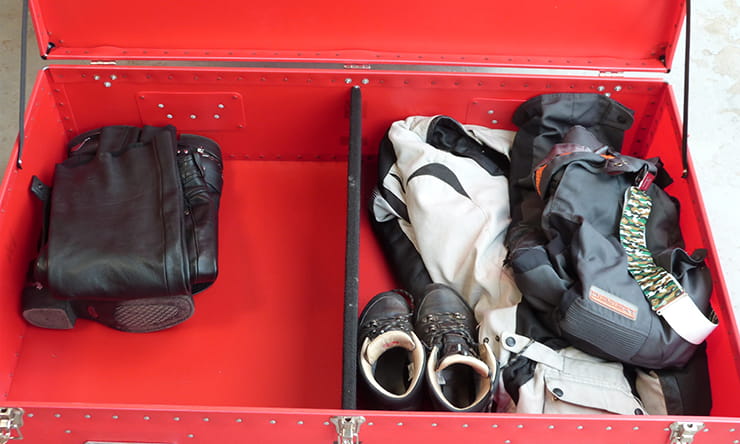 How much does Bikeshuttle cost?

Bigger bikes with panniers and racks, R1200GS Adventures and the like, do incur a £25 surcharge (£15 for a one-way trip) due to the extra space needed and weight carried. 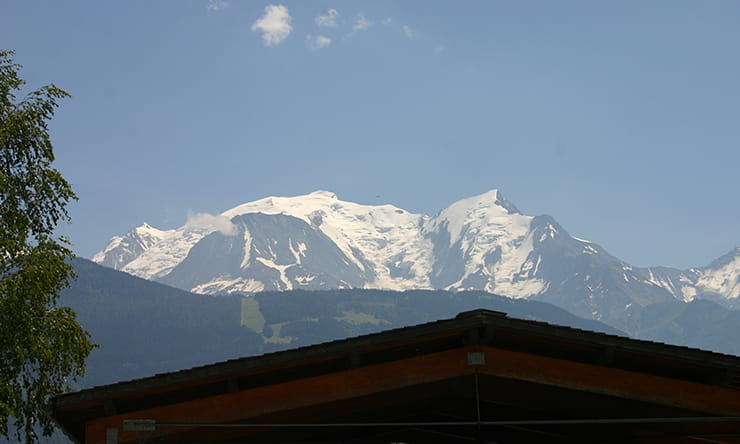 As I said earlier, if you’re the hardcore “I love doing 700 miles a day…” type of rider, just ride it. And I know there’s a sense of satisfaction you get from hammering out big miles and looking back at what you’ve done with a sense of pride. And a sore back, aching knees, a migraine and numb bum.

But if you’re the type of person who spends every day riding to work down dual carriageways and motorways and just want to be delivered to the good stuff: Bikeshuttle is definitely something you should enquire about.

Not only are there savings to be had, using Bikeshuttle could effectively add four or five days to your holiday. That’s days spent hammering along on Alpine passes or sunning it up on the French Riviera.

I know which I’d choose. 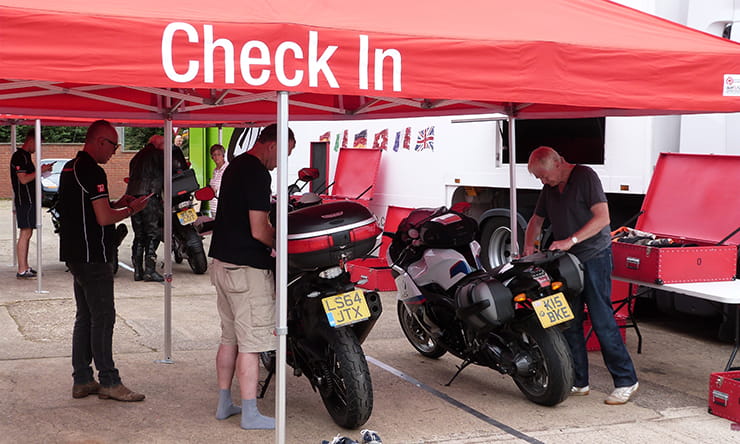