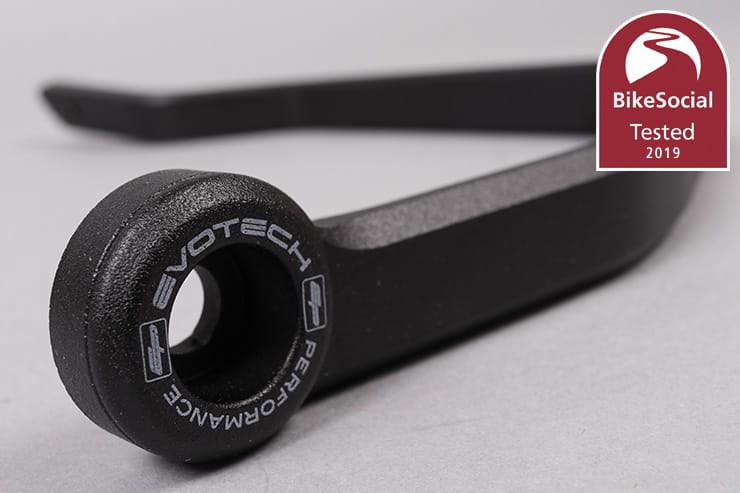 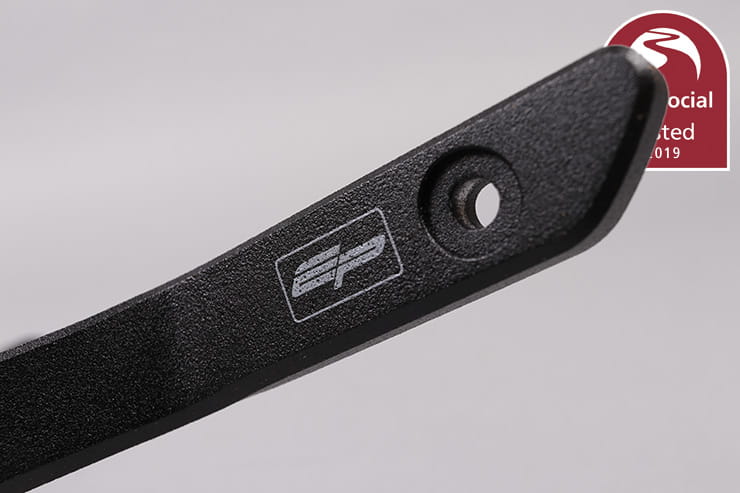 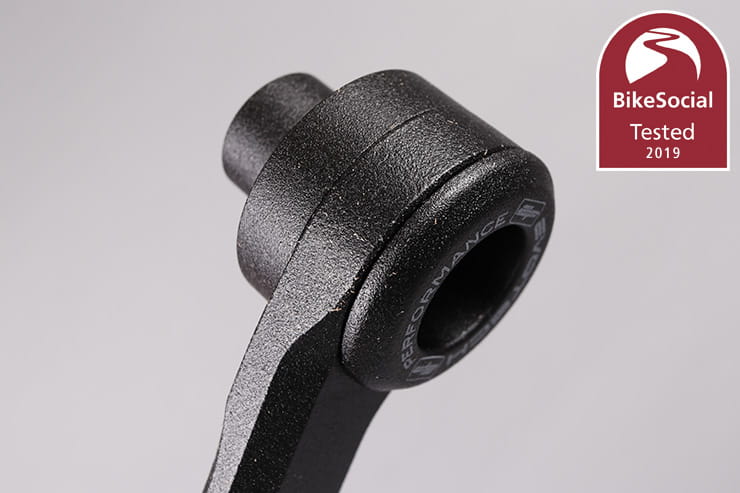 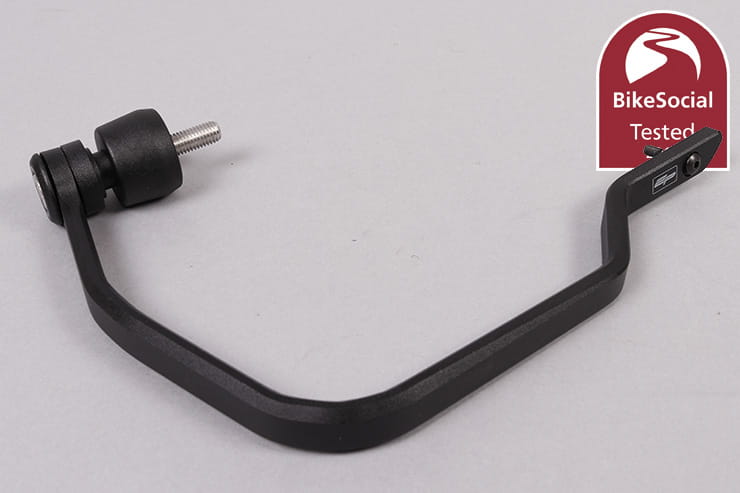 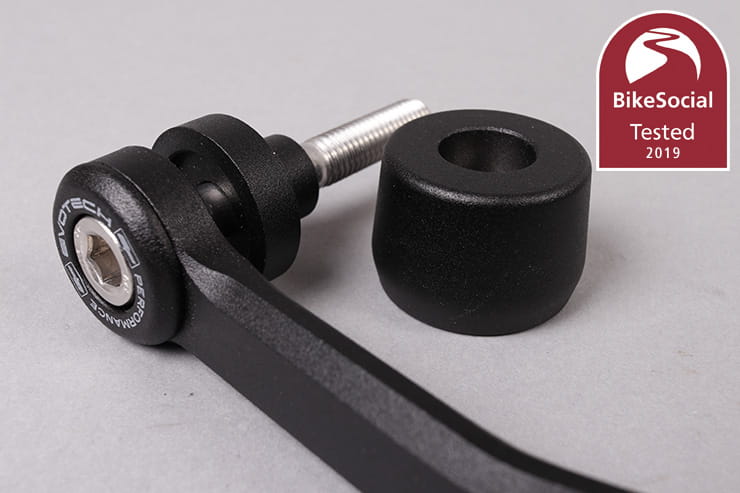 While the BMW S1000XR has plastic hand guards fitted to many of its models (and as an option), being the same as those fitted to the BMW R1200GS and R1250GS, they’re quite flimsy. If you’re going to be smashing through the undergrowth, you need something to strengthen them, but even for the rest of us, the Evotech-Performance Hand Guard Protectors on review here are a useful addition… 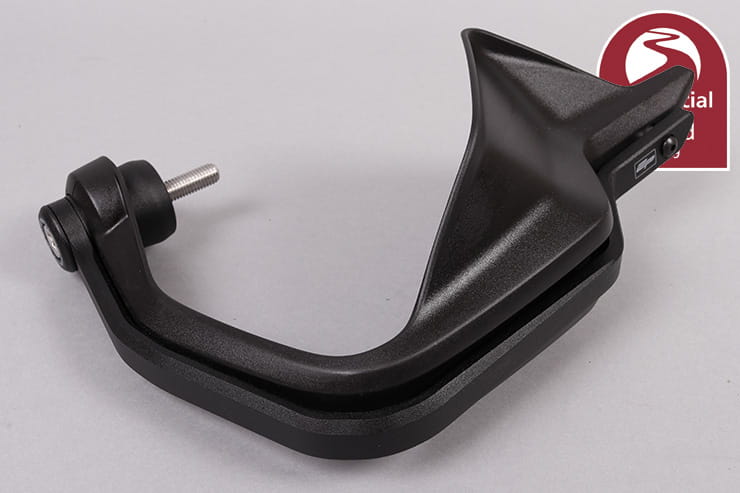 The hand guard protectors don’t include the BMW plastic guard itself, though a version is available for the RnineT models, which does

What are the Evotech-Peformace Hand Guard Protectors for?

For normal riding, honestly, there’s nothing really wrong with BMW’s plastic hand guards – they keep the wind off your hands and anything thrown up that would be big enough to break them would be causing you more worry than just the guards. But they do add a significant weight to the handlebars; by replacing the bar-end weights and bolts the Evotech-Performance kit – which weighs a total of 892g – adds an extra 330g to each end.

While most riders aim to shave weight off their machines, adding some to the bars can help reduce vibrations. And on the BMW S1000XR, that’s something a lot of owners have wanted to do.

Evotech-Performance’s Bar End Weights have been an incredibly popular addition to the S1000XR, putting an additional 336g on each end; as you can read in our review, these £44.99 extras are certainly worth investing in, but the bar guards take it a step further. The extra 110g does reduce the vibration that bit more.

Of course, the additional £75 is a big step up, but while the Hand Guard Protectors might not be an essential for riders who don’t race through bushes, they do look great. 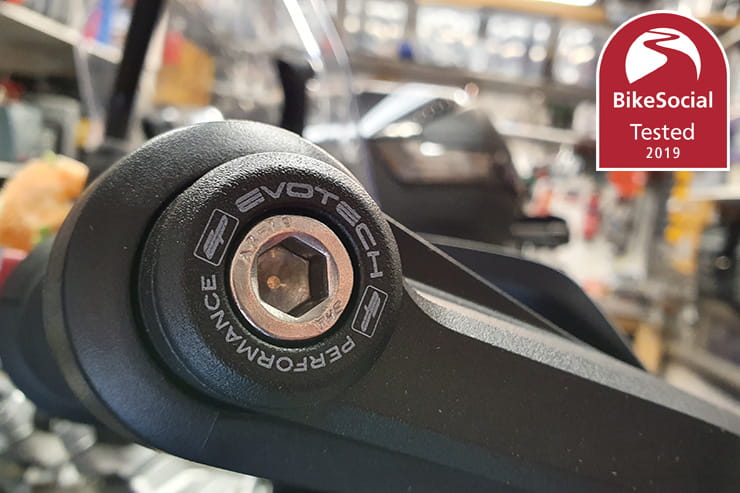 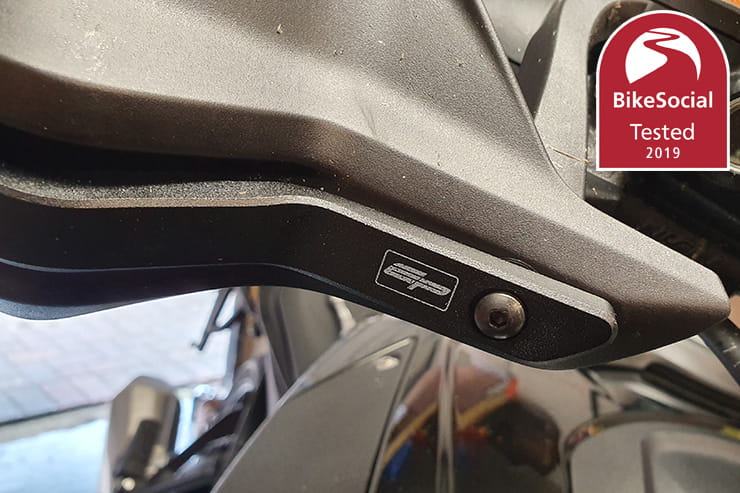 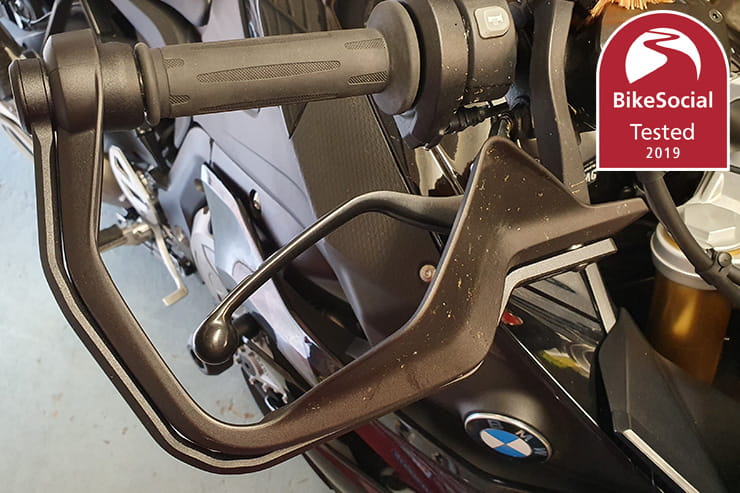 How are they constructed?

Like all Evotech-Performance kit, the Hand Guard Protectors are beautifully made; machined from billet aluminium and finished with a tough black powder coat in the Lincolnshire factory, even the subtle branding looks good, complimenting the crash bungs I’ve already fitted (and which I tested when I dropped the bike outside my house). 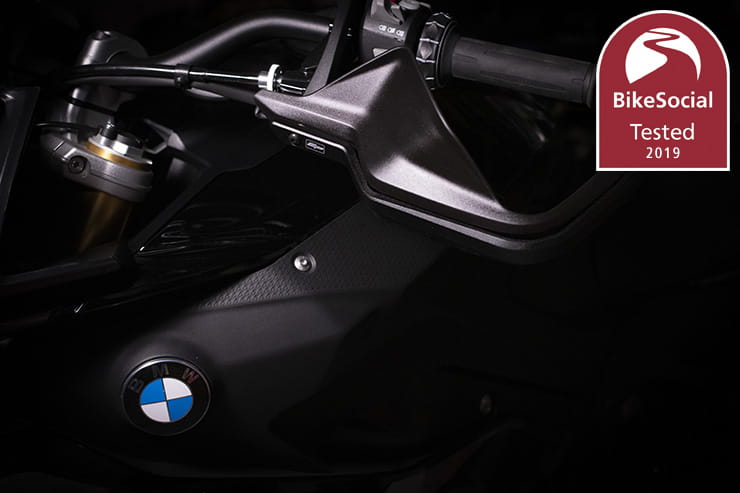 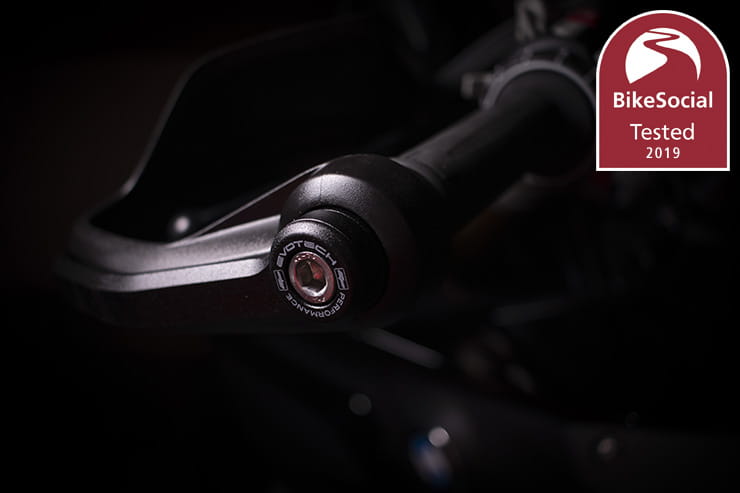 How easy are they to fit?

Fitting really is simple; you’ll need a Torx T50 driver to remove the original bar end weights, then an 8mm Allen driver to fit the new ones, as well as a 3mm Allen driver for the small set-screws that hold the inner ends of the guard arms. It’ll take you about 15 minutes at the most.

No printed instructions are supplied, but the PDF that you can view or download on your phone, tablet or computer is more than clear enough. The lack of a printed guide is my one grumble with Evotech-Performance kit in general, but here you really don’t need it anyway. 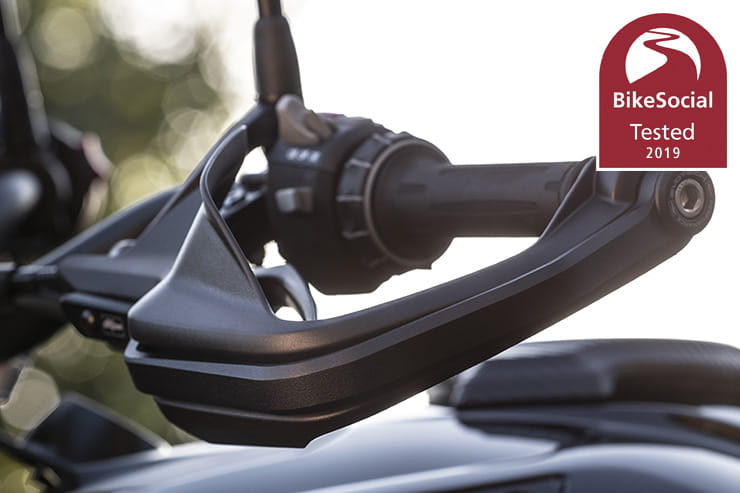 If you already have the Evotech-Performance Handlebar End Weights, I’ll struggle to convince you that the Hand Guard Protectors are worth the extra money for the further reduction in vibration. But that reduction is there, and the machined aluminium guards look great.

As someone who’s used the bar-end weights, I do wish there’d been an option to combine the guards with them, but unfortunately they’re not quite compatible (and it would have made the buying options unnecessarily complicated). The bars would also be a bit wider, so for the further 73g you could gain each end, and the fact that vibration is already well damped, it’s not really an issue.

Ultimately, these are beautifully-made accessories that fit not only the BMW S1000XR, but also the R1200GS and R1250GS (with a version for the RnineT too); whether you’re looking to dampen any bar buzzes, want them simply for the looks or you’re off-roading in a forest, they won’t disappoint; you’re very unlikely to want to take up Evotech-Performance’s no-quibble returns policy.