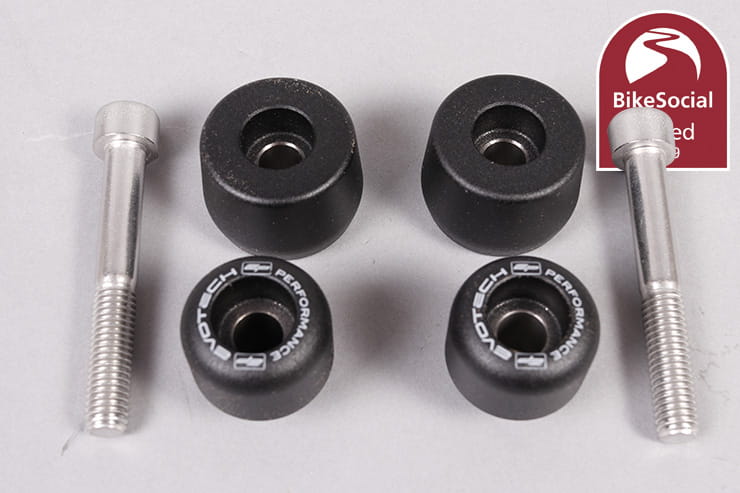 The BMW S1000XR is an incredible bike; fast and exciting while practical and versatile. But it has a well-publicised Achilles heel; vibration through the bars between around 5,000 and 6,000 rpm. The Evotech-Performance BMW S1000XR bar-end weights on review could be the answer...

How easy are the Evotech-Performance bar-end weights to fit?

While a PDF fitting guide is available online, these bar-end weights really couldn’t be easier to install; remove the originals with a Torx T50 driver, then fit the new ones using an 8mm Allen key. If you have the BMW hand guards fitted, these bar weights go around either side without affecting the positioning of the plastic guards.

The new weights add a little more to the overall length of the bars, but only by a centimetre or so; they don’t really affect filtering.

How are they constructed?

The Evotech-Performance bar-end weights arguably look better than the OE BMW ones. Made of stainless steel in the Lincolnshire factory with a tough matt-black powder-coat finish, they’ve got a real heft to them compared to the aluminium originals; the pair weighs 672g, which means an overall gain of 441g over the standard set-up. 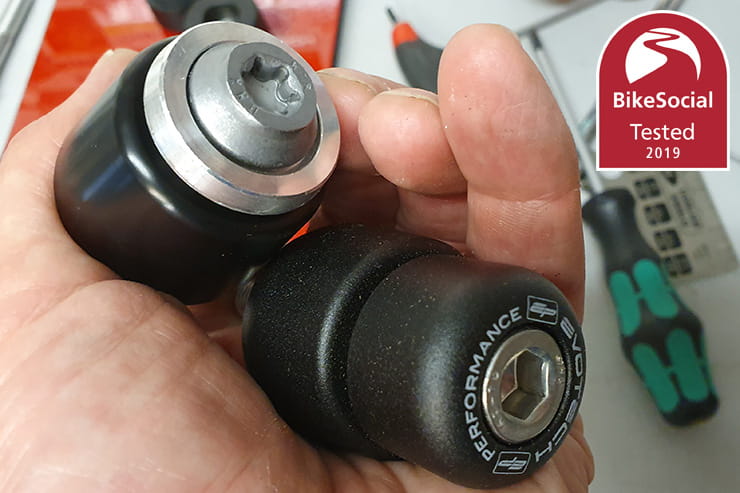 Do the Evotech-Protection bar-end weights cure the S1000XR vibration?

While the BMW S1000XR’s bar vibration is well documented, it’s not as bad on my 2019 model as the internet would suggest.

When the bike was first launched it was evidently a lot more obvious, but BMW soon updated the top yoke and bar risers to incorporate rubber dampers. There is still a buzz though; some riders notice it more than others, while I’ve found that my choice of gloves can have the biggest impact; the Racer High Speed gloves for some reason feel more comfortable on this bike than the RST Tractech Evo Rs.

To test the Evotech-Performance handlebar end weights I first rode with the standard weights off altogether. From there I replaced the standard weights, rode again, then finally put in the miles with the Evotech-Performance parts installed. With the OE weights removed the vibration is, as you’d expect, at its worst. With them on, it’s still definitely more intrusive than many other bikes.

The main issue with the BMW S1000XR’s vibration is that it appears to be at the ideal point to be most noticeable at A-road and motorway speeds in top gear. To be fair, the Kawasaki Versys 1000 that I have on long-term test can be even more vibey, but not through the bars and not at motorways speeds – it happens through the seat at higher revs.

With the Evotech-Performance bar-end weights installed, the vibration felt like it was reduced by about 75%; it’s not gone completely, but it’s definitely lessened. Touch your fingers on the handguards and you can still feel the buzz but the rev range in which the problem occurs is also smaller. 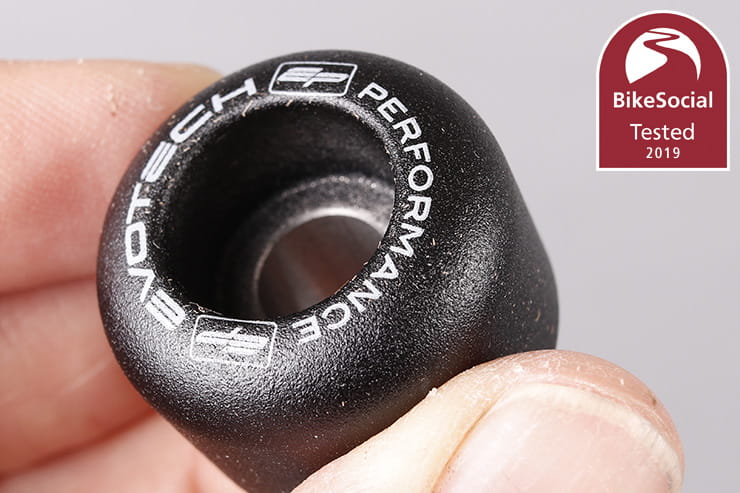 The finish on the bar-end weights is superb

If you own a BMW S1000XR and the vibration is bothering you, at £45 these Evotech-Performance handlebar end weights are a worthwhile investment; they didn’t eliminate it entirely, but they make it much better.

The only caveat I’d add is that if you can afford them, the Evotech Performance Handguard Protectors are a bit heavier still, and reduce the vibration further; you can read our review of them here. 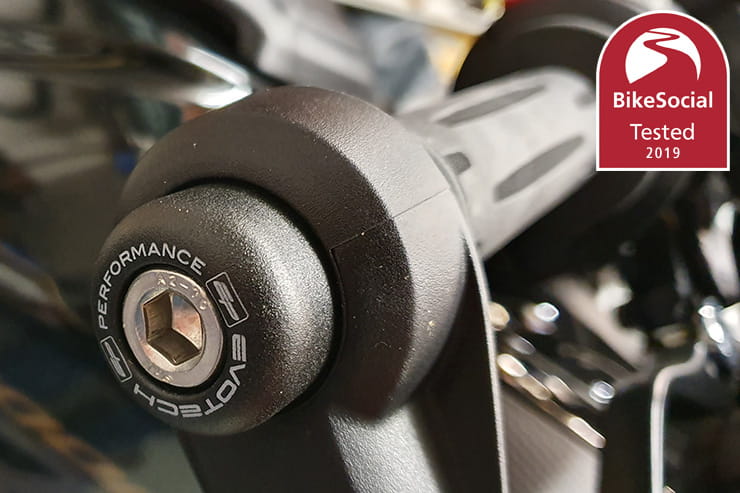