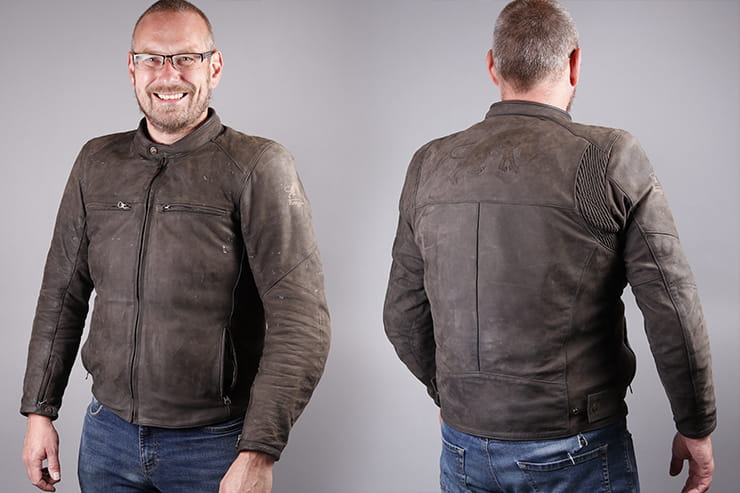 Ignore the name (it comes from a range that includes the ‘Glenn’, the ‘Debbie’, the ‘Clint’ and the ‘Stuart’), the Furygan Vince on review here is a classically-styled leather jacket made from extremely soft cow-hide. I’ve worn it on a variety of bikes over the past five months, including a Royal Enfield Interceptor, Kawasaki W800, Triumph Rocket III, Kawasaki ZX-6R and BMW S1000XR…

Fit is extremely subjective, so always try any bike kit on for yourself, and make sure you sit on your motorcycle with it, or at least get into the same position. Check the arms are long enough, that the armpits don’t cut into you, and that there’s enough width and length at the waist that you don’t end up with a large gap at the back above your trousers; it’s not only unsafe, it’ll soon chill your back and kidneys.

I typically take a size large jacket, and while French company Furygan tends to err on the side of a slimmer rider (rather than a more generous one like me), this fits me well, even with the airbag in. 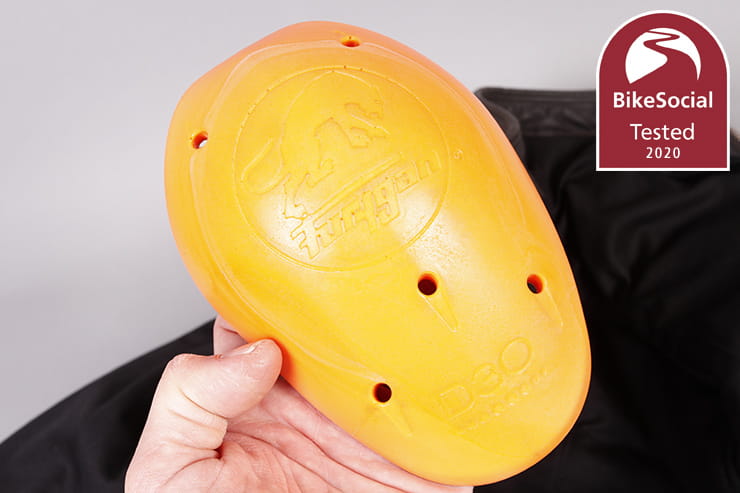 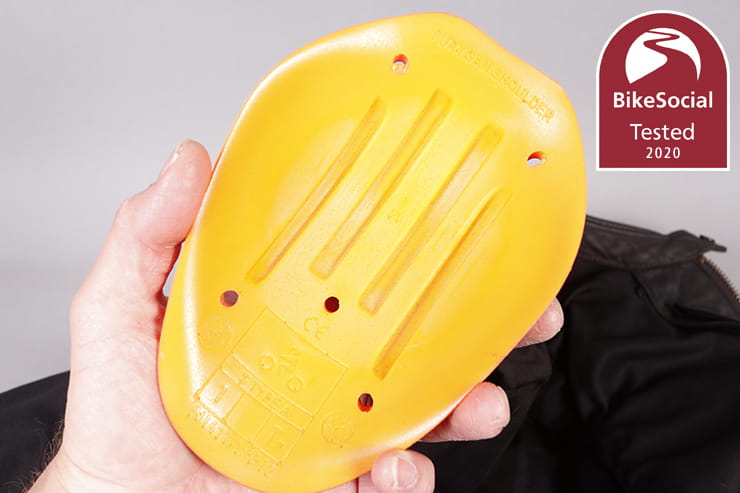 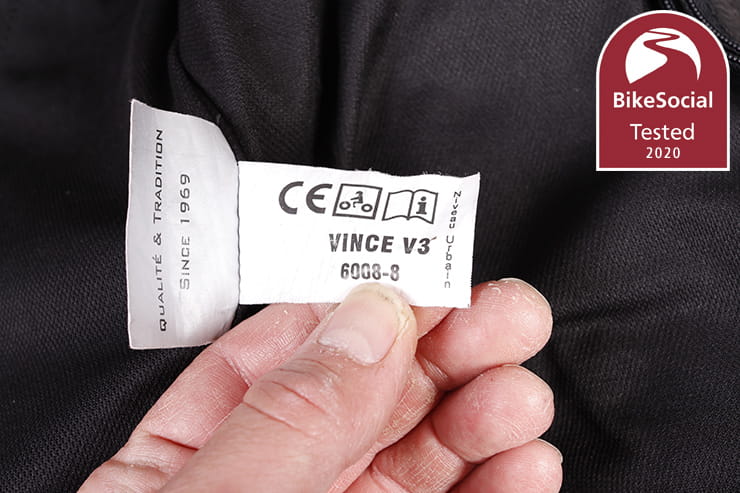 The Furygan Vince leather motorbike jacket is CE-certified using French standards, but the ‘Niveau Urbain’ label (‘Urban Level’) indicates it’s pretty much equivalent to CE Level A, the lower end of protection on the market; you can read more about the testing standards here.

There’s D3O CE Level 1 armour in the elbows and shoulders, which makes for comfortable, unobtrusive protection, but there’s no back protector supplied. Still, you can easily fit an aftermarket one, such as the D3O BP4.

Like the Furygan Apalaches reviewed here, the Vince is part of the range of Furygan kit that’s designed to be used with its Fury Air Bag Vest system, which offers a much higher level of protection to your back, neck, shoulders, collarbone and chest.

The vest costs an additional £379.99, but it can be fitted in a variety of Furygan’s kit, so buy it once and you can use it in the company’s compatible one-piece leathers, textiles and other leather jackets. It’s not currently compatible with any other brands of jacket, though we have heard a rumour that Furygan will at some point be releasing a connection panel that zips onto the front of the vest and – like the Ixon IX-U03 universal vest – will allow it to be worn under other gear. 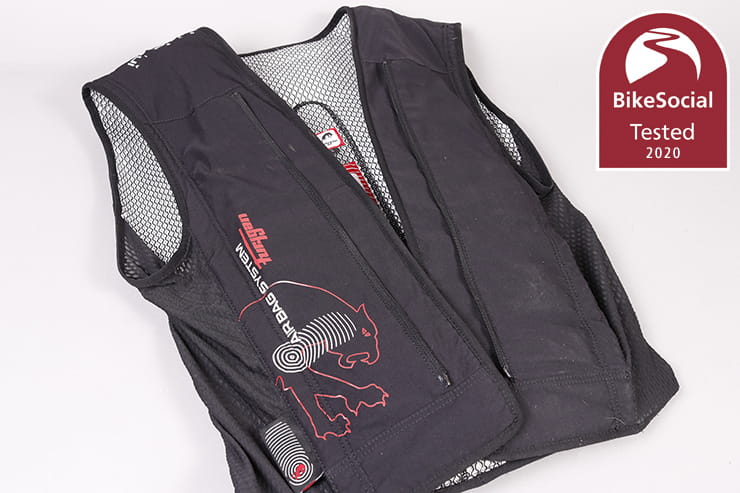 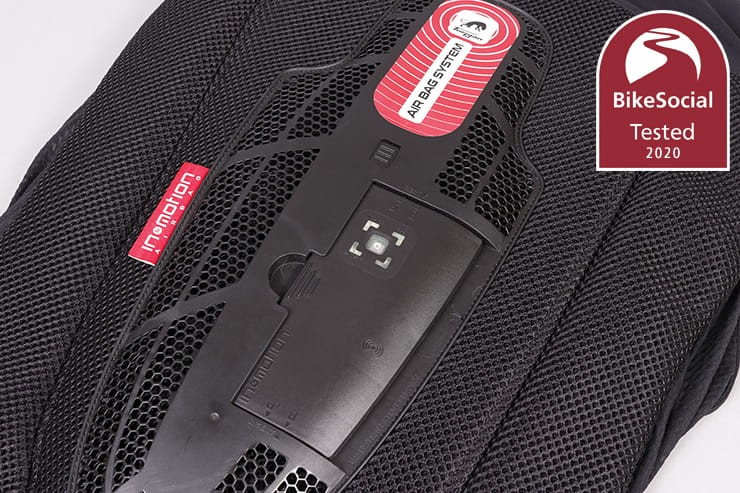 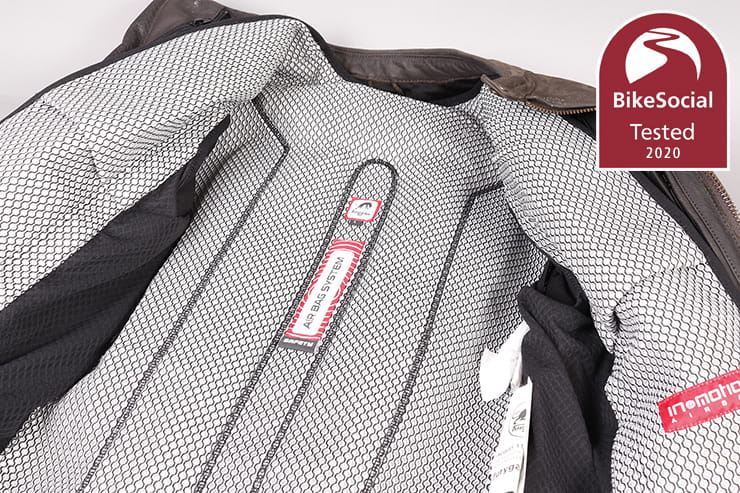 The vest uses the In&Motion control box, which is reviewed and explained here and adds an additional £120/year subscription cost (or £399 one-off purchase), making this jacket a far more expensive proposition, but remember that the vest is transferable between other Furygan kit, and if you do have an accident, this vest is unlikely to be damaged and can be recharged at home, then zipped into your new kit (as long as it’s from Furygan).

The Fury Air Bag vest includes a CE Level 1 back protector, and once deployed the back inflates further, as well as offering excellent protection across the top of the shoulders, the neck and right down the chest.

Thanks to the 3D mesh on the inside of the vest, air is still able to move around the body, so you don’t tend to get overly hot when wearing it. It does make everything too tight for me when the thermal liner’s in, but that could partly be due to an excess of lard on my part.

I’ve used the In&Motion-controlled airbag system in this Vince jacket and the Furygan Apalaches, and while it is a large investment, I can honestly say that it’s a superb piece of kit that gives real confidence. The control box is universal too, so can be used in other brands’ implementation of the technology. 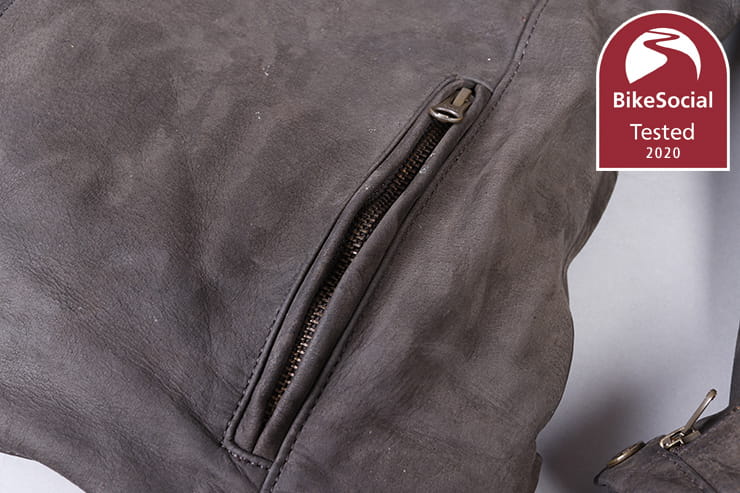 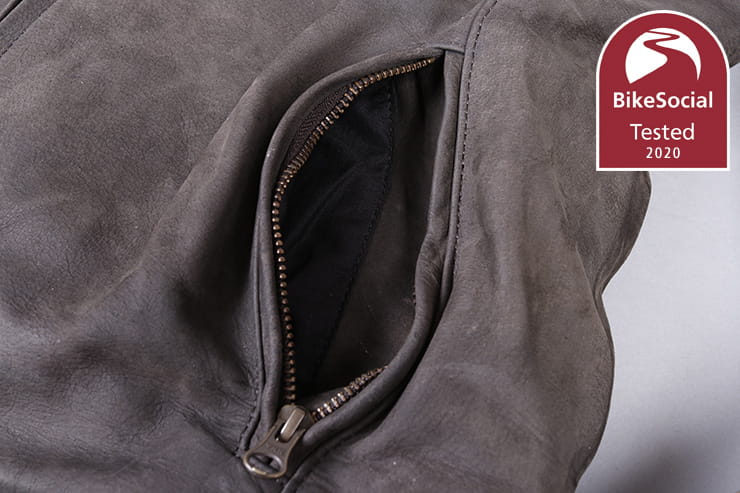 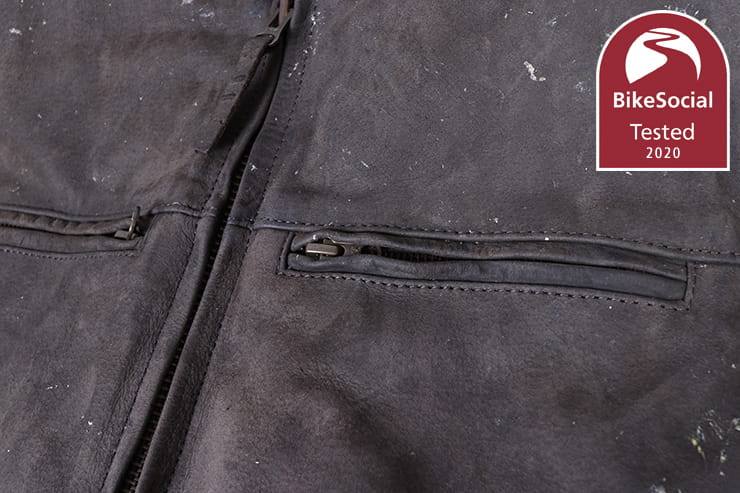 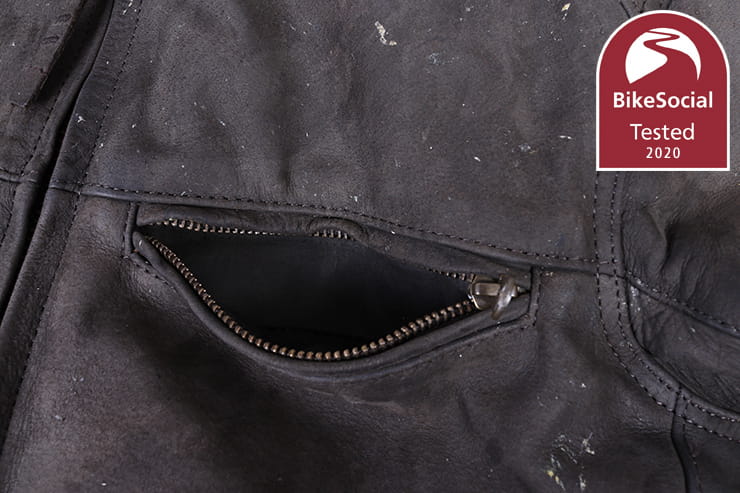 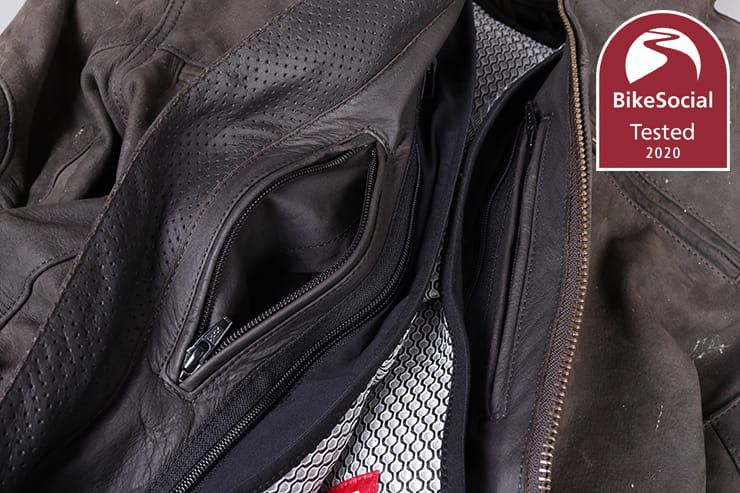 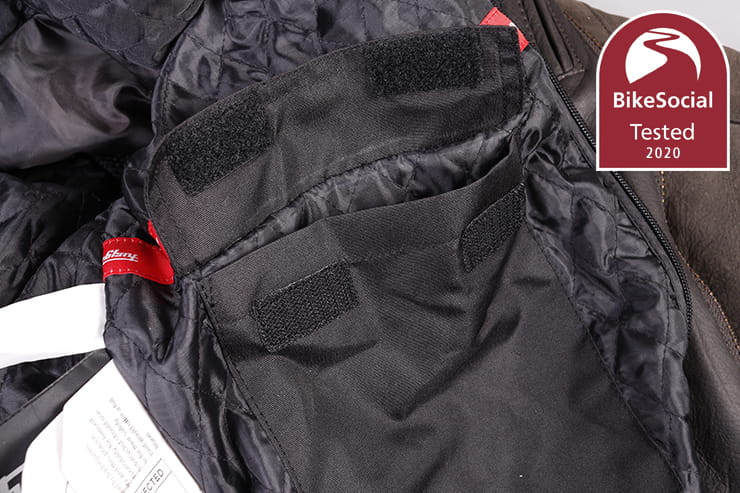 Furygan has been generous with the pockets here – there are two on the waist, two on the chest and another pair hidden on either side behind the zips. As it’s a snug jacket (which is good as it helps avoid material rucking up in a slide, which can create a weak point), there’s not a huge amount of room, but I can easily get keys, wallet and phone dotted around the Vince. 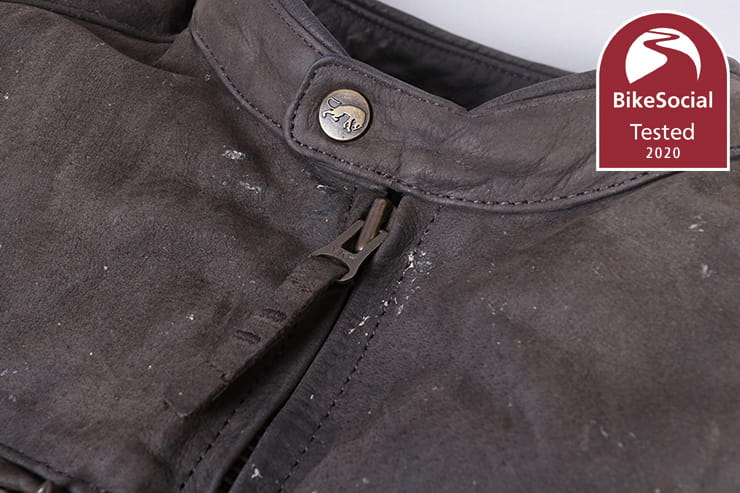 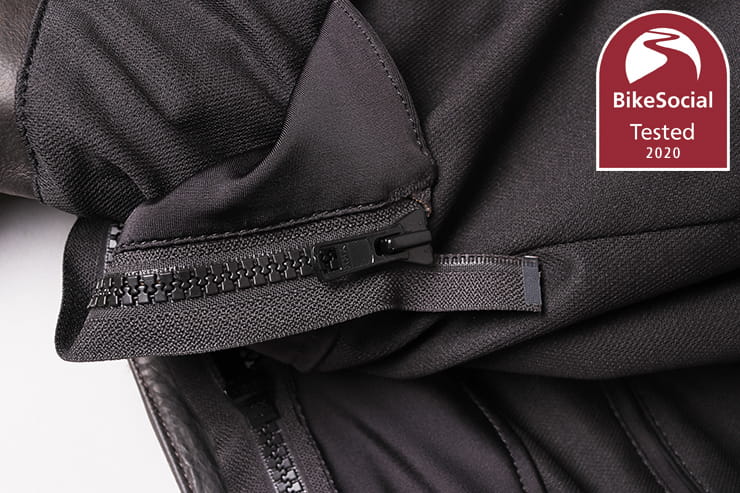 All the zips are metal YKK, except the back and full-length connecting zips (plastic, but still YKK) that come with opposite sides too, so you could have them sewn to any garment, not just compatible Furygan kit (personally, I just wear this with my Hood jeans and don’t worry about connecting them).

All the zips are easy to use with good, solid pulls, though keep in mind that while the main zip is covered by rolls of leather, it could be possible for it to rub on your tank. That’s unlikely to be an issue on the more upright bikes it’s designed for, but if you find yourself laying on the tank, consider using a protective pad. 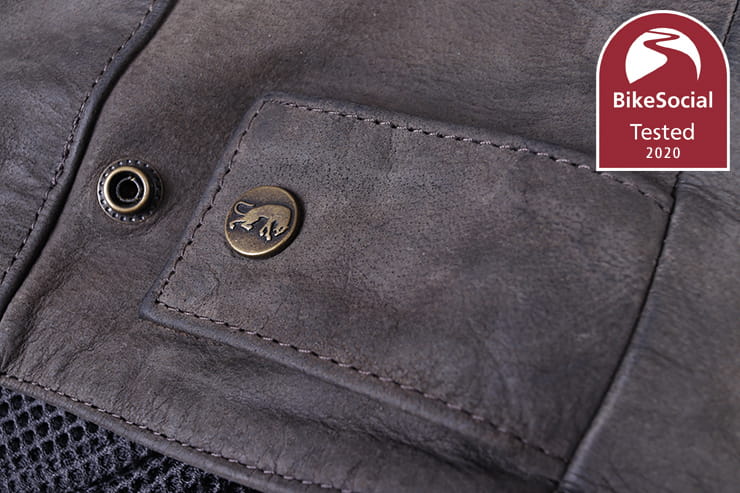 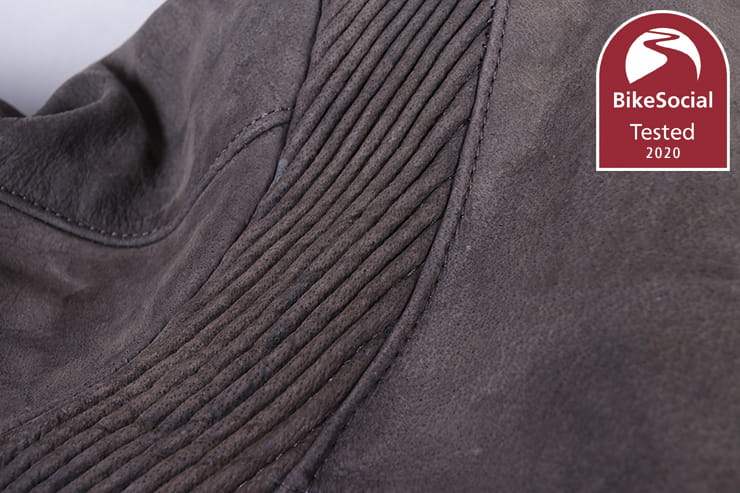 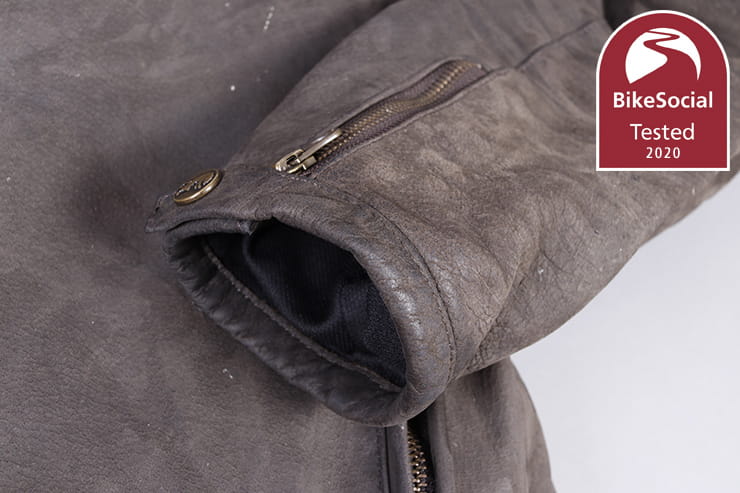 The only adjustment is at the waist, where two poppers allow you to cinch it in by about an inch each side. I haven’t had an opportunity to use the tighter setting as I’ve been too busy eating Wagon Wheels.

Accordion panels at the backs of the shoulder allow easier movement, though it was the size of the armpits that I found a little restrictive at first. Now though, after plenty of use, the jacket is very comfortable all day long.

There are no vents on this jacket, so while it’s great for pretty much all of the UK’s weather, if you’re heading out to hotter climates, just keep that in mind. Personally, I’ve no problem with it.

While I haven’t used this in peak summer yet, we’ve had our sunniest Spring on record, and the Vince has been great. I’ve used it almost always with the Fury Air Vest installed – thanks to the 3D mesh on this, I’ve found air can still move around my body as it gets up my back and down the neck. 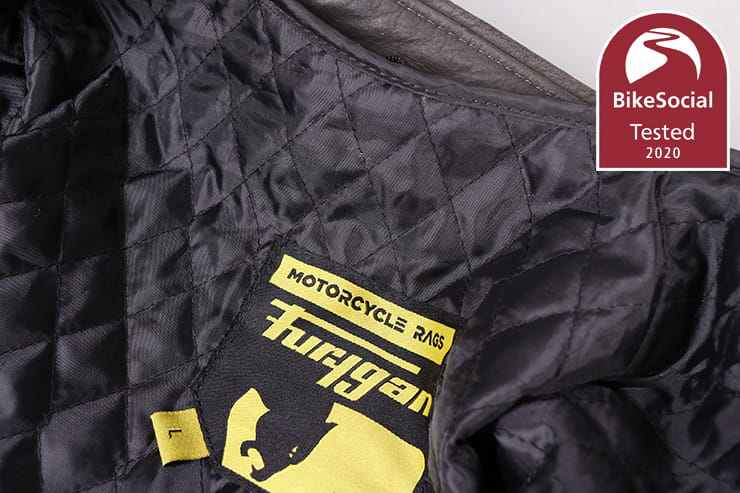 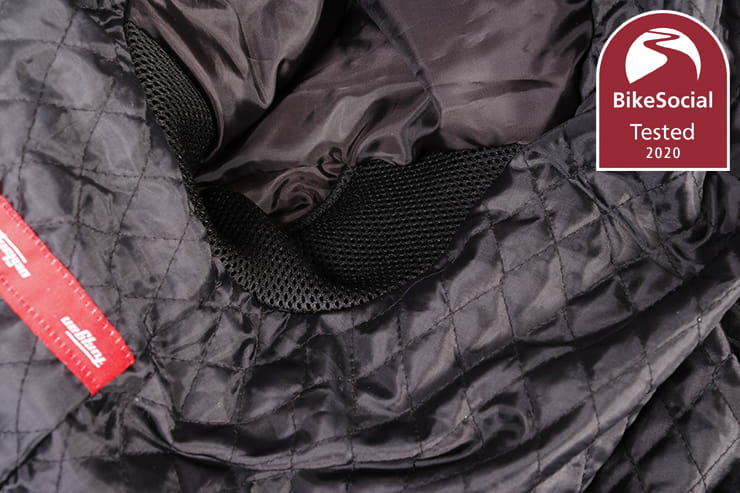 The removable thermal liner includes yet another pocket (Velcro fastened), and is nicely made with ventilated mesh arm pits.

While quilted, it’s not overly thick, which also means it’s not the warmest. Still, it adds a valuable extra layer, and doesn’t bulk things out too much on its own.

To be honest, as this is really a jacket that’s most likely to be used for sunny rides, and the Air Bag Vest adds some warmth, it’s not been an issue for me as I soon removed the thermal liner. 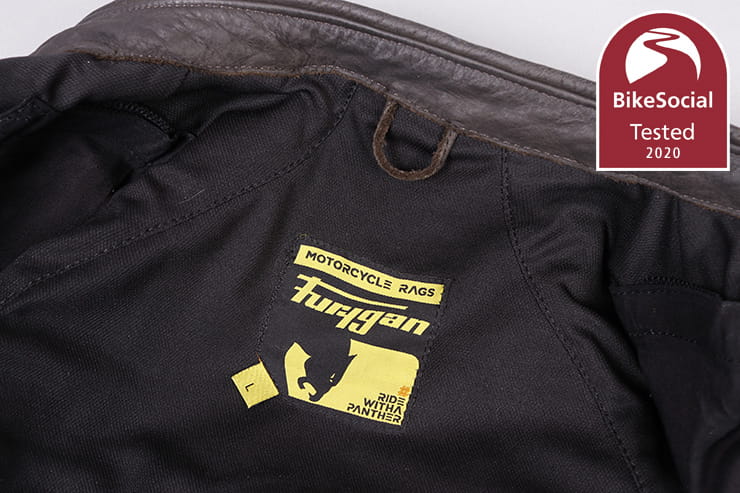 The Vince’s lining is a very fine, soft mesh that doesn’t get too sticky or sweaty. Again, without any venting the Vince won’t be the coolest jacket in high temperatures, but I’ve found it great, and you can always drop the main zip down a little to let more air in. 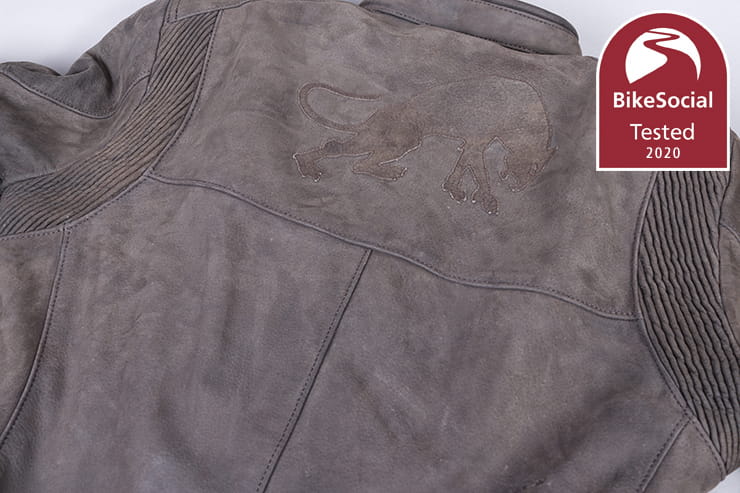 Most of my riding is done in a leather jacket with CE-approved riding jeans and casual-style protective TCX motorcycle boots. The Furygan Vince is a great-looking piece of kit, and it’s not too expensive compared to others on the market.

The three-part back does show some cost-cutting as it means the manufacturer is able to use smaller sections of leather in construction, rather than one large piece, which is more costly as there can be fewer defects in the hide. It’s also shame to only see the minimum CE-rating, though combined with the Fury Air Bag Vest it does offer some excellent protection, if you choose to add it.