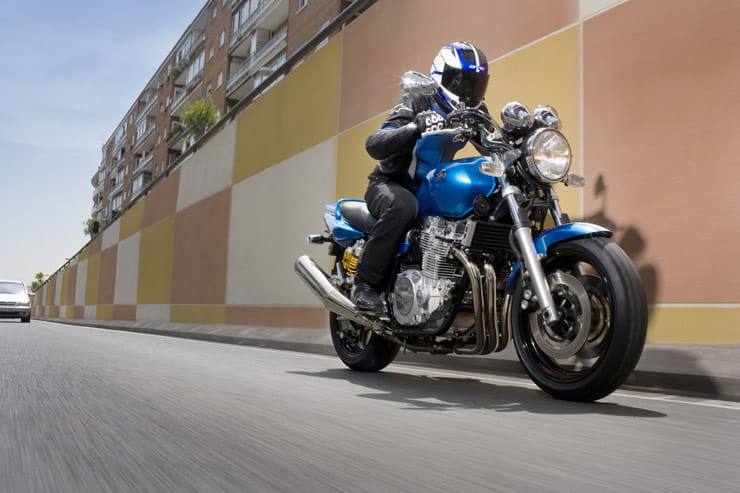 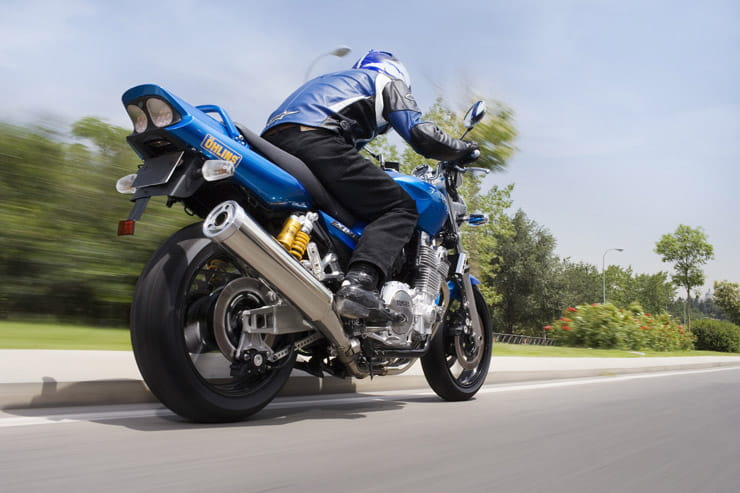 When it comes to naked bikes, few quite have the longevity of Yamaha’s air-cooled XJR1300. This fantastic inline four has been around for over 17 years and if it wasn’t for Euro4 emissions laws, it would probably have been around for another 17! It is for this reason that a large number of riders will be very sad to see it go, although to be fair they were sadder in 2015, but more of that later…

If you are after a big, relaxed, and spirited retro then look no further than the XJR. Powered by a fantastic motor, the XJR is everything you could ever need in a weekend bike for exploring sunny roads. That cracking motor pulls and pulls and is so relaxed and full of torque you seldom notice it is lacking a sixth gear! One or two up, it shrugs off the weight and the seat is both wide and forgivingly padded. Up the pace and the chassis is a bit on the wobbly side and the brakes and suspension start to feel over-worked, but this isn’t a bike for going that fast on. Well, not until you have upgraded the suspension anyway. So why is 2015 so crucial in the XJR’s life?

In 2015 Yamaha decided to make the bike more appealing to the hipster crowd and this detracted from its appeal to mainstream riders. In reducing the tank’s size by 6.5-litres and then adding a seat that is terrible for pillions, Yamaha totally alienated the XJR’s core audience. Nice one Yamaha! If it ain’t broken, don’t fix it, and the XJR1300 most certainly wasn’t broken. Avoid this generation and instead buy a really good pre-2015 model, you won’t regret it. 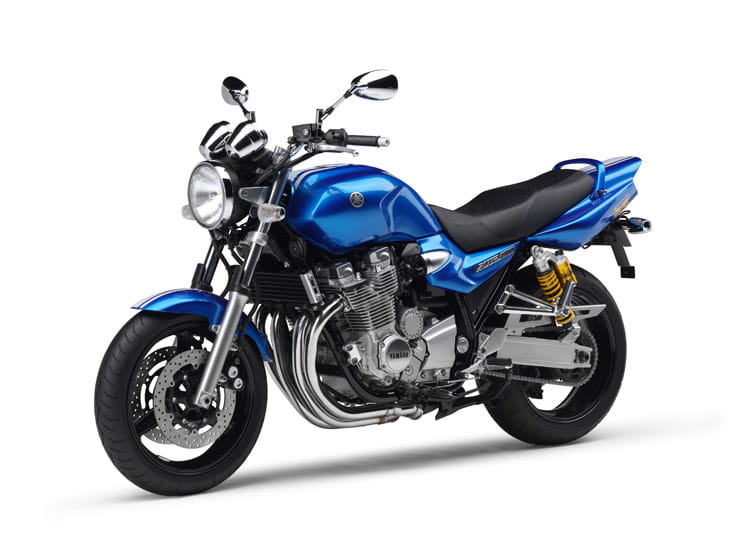 The XJR1300’s engine is very solid and there are no major mechanical issues to really worry about. The biggest complaint from owners is the paint flaking off the motor and forks, but this is generally down to a lack of cleaning! The XJR1300 is certainly better finished than the XJR1200. When it comes to buying you need to know your models as there are a few individual quirks. The bikes with an EXUP valve (post-2007) require checking the valve hasn’t seized shut and if it has an immobilisor fitted (post-2004) ensure you get the red master key included in the sale. The oil sensor is a level and not pressure one and often gets stuck on, something that is generally cured by an oil change, and if the bike has carbs ensure they have been balanced recently as unbalanced carbs can make the XJR run like a pig. A few owners moan about faulty clocks, which seems to be across the spread of generations, and always check the forks and shocks for leaks as these will be starting to show their age. In general, check the usual items on a used bike (bearings, suspension, tyres, suspension linkages, sprockets etc) and all should be fine. The valve clearances need checking every 12,000 miles, but it’s not a massive job as the engine is very exposed. 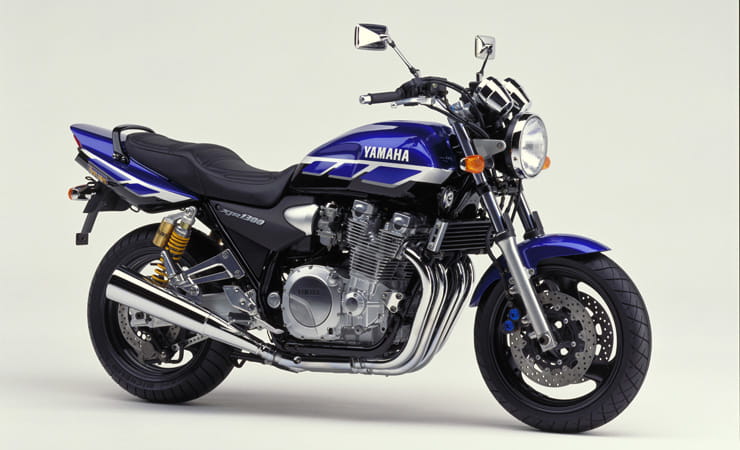 Yes, plenty! In 1999 the XJR1300 replaced the XJR1200 which first appeared in 1995. As well as a bigger capacity engine, upping from 1188cc to 1251cc, it brought with it a stiffer chassis, uprated suspension and a general overhaul. Alongside the stock XJR, an SP model was also unveiled that added Öhlins shocks to the party and race-inspired paint schemes such as the wonderful speed-block designs.

In 2002 the dual exhaust system was replaced with a four-into-one, saving 6kg in weight, while the rest of the bike received an update to shed a bit of flab. The SP was also discontinued and the standard bike gained the Öhlins shocks in this year. There was a slight change in 2003 when the yellow paint schemed bike gained a black instead of silver painted engine, but it wasn’t until 2004 that new wheels, an immobilisor and a bigger cat in the exhaust arrived alongside new clocks.

The introduction of fuel-injection in 2007, alongside an EXUP valve and new clocks, caused much distress to the purists and that’s how the XJR1300 stayed bar colours until 2015. More a styling tweak than a new model, the 2015 XJR1300 featured a redesigned fuel tank, new seat unit, upgraded forks and a cleaned up back end. It was released alongside the XJR1300 Racer, which was a body kit added to give it a sporty look and cripplingly uncomfortable riding position thanks to hideous drop ‘swallow tail’ bars…. 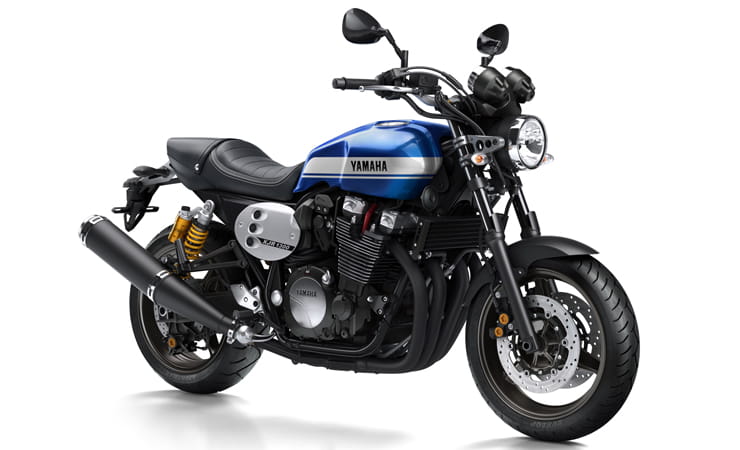 You can pick up an XJR1200 for in the region of £2000, but the XJR1300 is a better bike and can be had in the same price bracket or just a few quid more at £2500. The SP models only command a very small premium, if any. Some riders insist on carbs over fuel-injection (they claim carbs deliver better fuel economy) and you are looking at a top price of £4000 for a late model with carbs. The first 2007 fuel-injected bikes start at £4000 and go up to £7000 for a real beauty as they are more desirable than the new generation. Prices for the less popular updated 2015 model start at £6000 with pre-registered zero-mile bikes available for £8000. You can get a pre-registered Racer for £8500 if you really want, but you will probably regret your decision…

The XJR1300 is a really popular machine and as such there are several owner’s clubs and dedicated forums out there. You can go for the Yamaha XJR Owners Club or the XJR1300 forum or there are various Facebook pages dedicated to this bike. Have a look and see which one tickles your fancy. 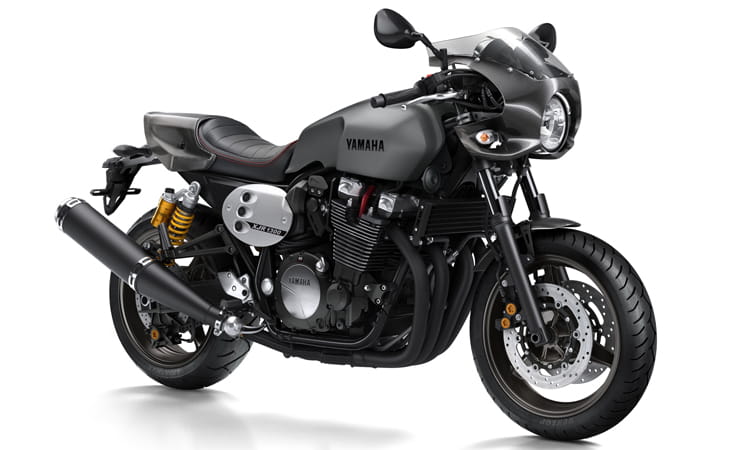