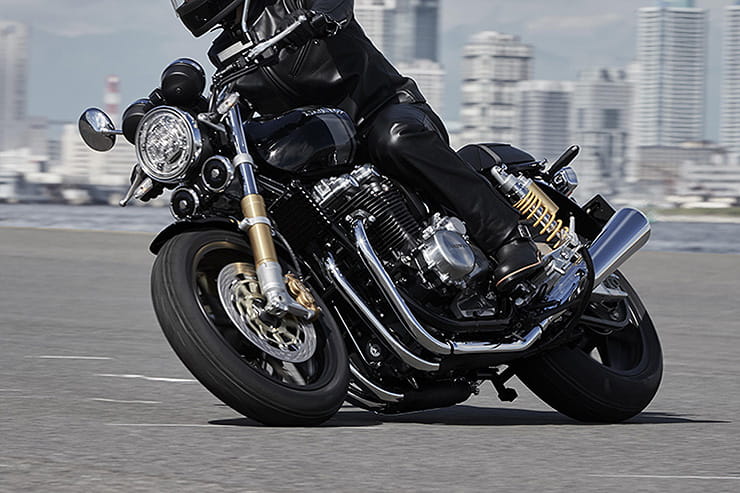 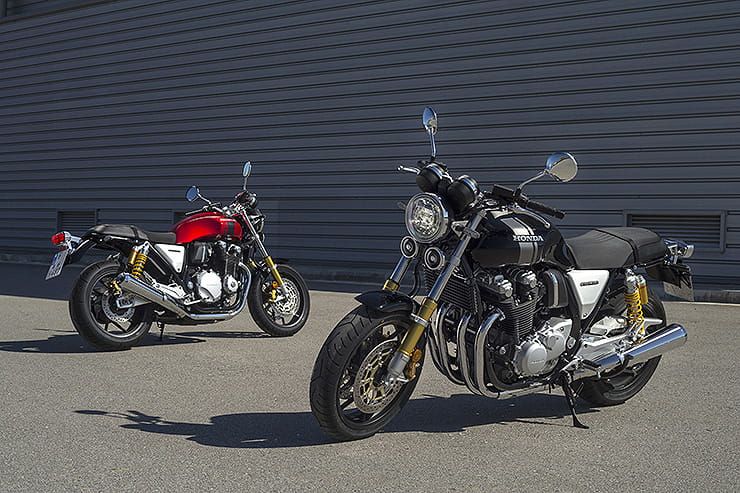 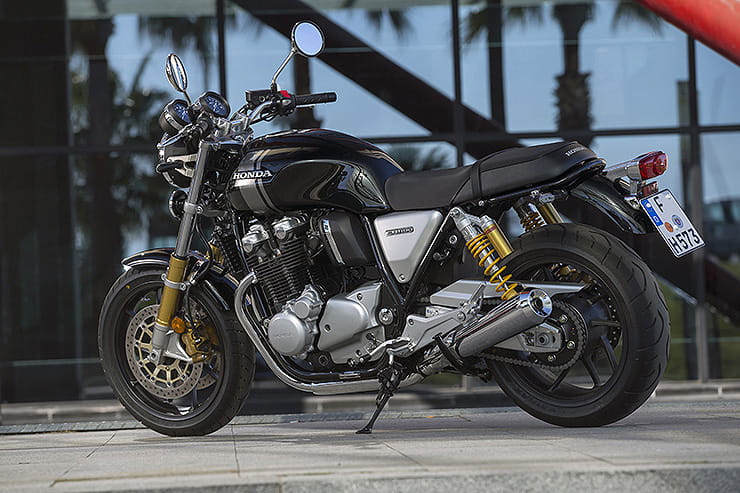 The motorcycle market is currently full of retro bikes, however when Honda pulled the covers off the CB1100RS in 2017 it promised to deliver a slightly different riding experience. Heavily based around the CB1100EX, the RS is designed to celebrate not only Honda’s legendary CB name but also the joy of a big-capacity air-cooled engine housed in a sporty chassis. While keeping things retro with the use of chunky conventional forks, the RS added a nice dash of modern components through radial brakes with ABS. If you are after a big-capacity retro that is sporty but not over the top, the beautifully made CB1100RS is a classy café racer with a good heritage and thumping air-cooled motor.

The CB can still be bought new from Honda for £9999, which is actually less than its launch price and tells you how successful it has been. Or not... If you are after a used one prices start at £6500 in dealers with private sales even dipping just under £6000, which is a lot of metal for your money. Ex-demo or very low mileage 2019 bikes can be had for a shade under £8000 while pre-registered minimal-mile bikes are £8300-£8500. So basically, £1500 off list price! Bargain.

Oh yes, the CB’s inline four is most certainly not lacking in the torque stakes! The old-school air-cooled motor has bags of smooth mid-range and when combined with a beautiful throttle connection makes it a joy to ride. It’s not a motor that likes to be revved as such, so peak power is pretty irrelevant, but if you want to chill out and ride the wave of torque it is brilliant. And it sound good too as its designers went out of their way to inject some spirit into it and as well as engineering in a lovely air-cooled pinging when it is cooling, the inline four also has a slightly off-beat note through altered valve timing on cylinders 1 and 2 compared to 3 and 4 to make it sound better. It’s neat touches like this that set the CB1100RS aside from some other more mass-produced retro models.

Certainly not the lightest of engines, the CB’s air-cooled retro is built to be a solid and dependable unit and on this front it is hard to fault. Reliability most certainly isn’t an issue and the exposed nature of the motor also means that service costs are lower than you would expect, which is good news. Owners report the level of overall finish is superb, so flaking paint shouldn’t be a worry, and the 4-2-2 exhaust is also a very high quality with rust rare. If you care, the system is actually tuned through duel hole-punched link pipes to give the CB a better exhaust note. Inside the motor there is an assist slipper clutch (new for the CB range in 2017) and the six speed gearbox has been designed so that top gear is very much an overdrive and 1-5 are closer ratio for acceleration. Again, you can’t help but get the feeling that Honda have taken the design and attention to detail very seriously on the RS. 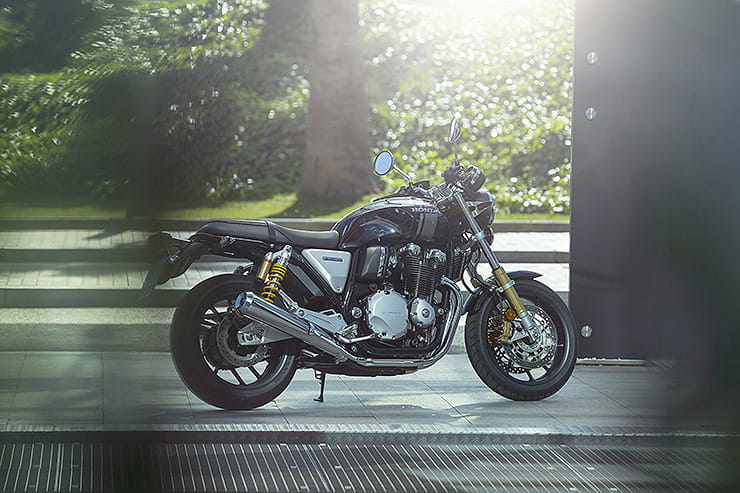 Thanks to that overdrive top gear, you can easily get 55mpg from the CB during relaxed runs. The torque-laden nature of the motor means that you are unlikely to be working the gearbox that hard, so anything under 50mpg is rare. At this rate you can almost get 200 miles out of the 16.8-litre fuel tank, which on a side note actually has been made without seam-welded lips to ‘evoke hand-made craftmanship.’ Nice.

Here is the slight issue with the CB1100RS and is probably a big reason why it hasn’t sold that well. Tipping the scales at 252kg wet the CB is quite a big old bike and at low speed can feel cumbersome, which isn’t what you expect on a café racer style of bike. Get it going and once again it slightly disappoints because despite the fact Honda have tweaked the geometry when compared to the more relaxed EX version, which shares a similar frame, and also fitted 17-inchwheels it is still far from sporty and is instead more secure on the road. The RS doesn’t flick into bends like you would hope, instead it rolls and it does require a fair degree of effort, which is a bit of a shame. If you are expecting a sporty retro, this isn’t the bike for you. That said, if you are after a sporty-looking bike with a lovely plush ride quality the RS will be for you as the Showa Dual Bending Valve conventional forks are lovely in their action and the twin shocks also very good. It’s a classy ride, not a full-on sporty one, and doesn’t really like to be rushed.

Slightly weirdly, the CB has conventional forks but radial Tokico four-piston calipers, which is an odd combination. They do a very good job of hauling up the hefty CB and the ABS system is also good, the bike’s weight helping pin it into the ground and meaning it is seldom activated. If you want more bite you could fit braided lines and uprated pads but there is no real need, it’s not that kind of bike. 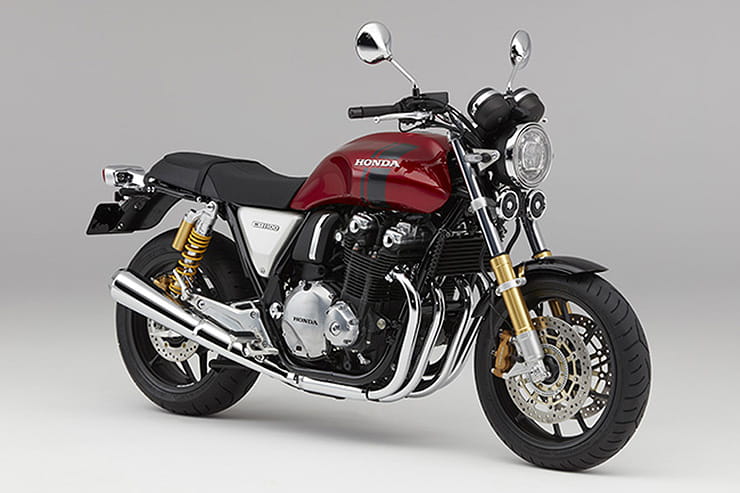 Considering the CB is a ‘café racer’ it is extremely comfortable and while lacking pillion grab rails the rider is very well catered for. The bars are nice and high (for a racer) the pegs low and the seat super-comfortable. You can happily spend all day in the saddle and the smooth nature of the low-revving motor means that there are no intrusive vibrations. Aside from the lack of wind protection (you can buy aftermarket screens) you can happily tour on the CB, which isn’t something you can say about all modern café racer bikes.

You get ABS on the CB but no traction control, not that it really needs it as the throttle connection is so precise. The CB comes as standard with a very high level of finish and that includes aluminium panels, die-cast pegs and aluminium headlight stays, so there isn’t a great deal that needs to be added. Honda did sell a few extras but it seems that all owners want is heated grips, maybe a small screen and often soft luggage. Very few CB models have anything extra and even loud pipes are rare. It’s a gentleman’s retro and race pipes would be far too brash...

The CB1100RS promised to be a café racer and on this front it didn’t deliver, which is why its sales have been poor. If you buy it expecting to whip through the bends you will be disappointed as it is too big and heavy to have anything like the agility of some sportier rivals. However if you want a great looking retro with beautiful build quality and bags of soul for gentle riding, the CB1100RS is a decent option. Relaxed, fun and with some excellent deals available, it is worth considering if you want to enjoy a modern retro at sensible speeds.

Three things we love about the CB1100RS… 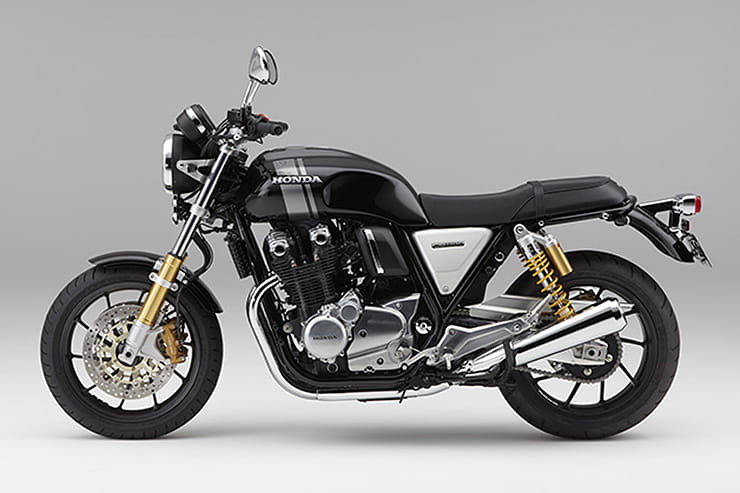