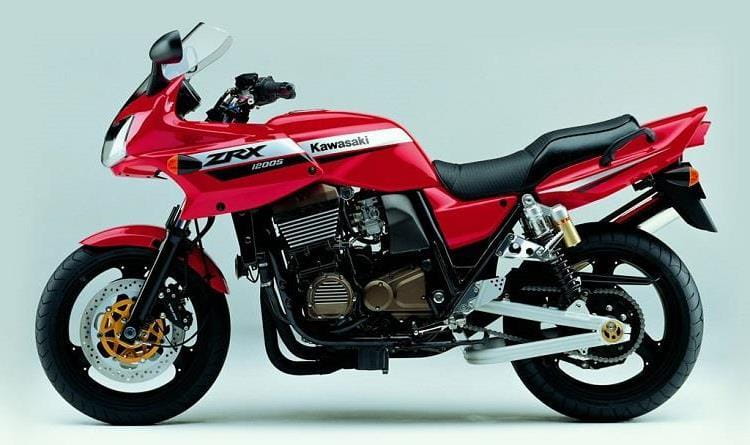 Kawasaki’s ZRX1200 range perfectly demonstrates both the beneficial and destructive power of fashion. When the ZRX was updated in 2001, Kawasaki decided to split its production and make a cool retro bike as well as a far more modern unit using the same basic platform. On the face of it this was a clever idea as it allowed the bike to appeal to two very distinct segments – retro and commuters. However while one model’s sales spiked, the other’s plummeted…

Why the ZRX1200S was such a flop is something of a mystery. True it’s swooping half-fairing isn’t anywhere near as cool as the R version’s retro square unit, but it isn’t that ugly and under the skin both bikes are identical. But fail the S did and for used bike buyers, that is music to their ears.

If you want a great value big capacity naked bike for relaxed riding, look no further than the ZRX1200S. This is a brilliant machine with an engine that is turbine like in its midrange drive and a riding position and deeply padded seat that will see the miles whisked away. And thanks to its comfort levels, pillions will also love going on the back of this bike. It’s a superb machine for weekends away as well as a great commuter for longer distances.

Despite being quite heavy at 227kg, the ZRX manages to carry its bulk well. It’s not the fastest handling naked bike, but what it lacks in agility it more than makes up for with stability and that’s reassuring to have on a big, fast, bike. The brakes are a bit lacking, but a set of braided lines soon sorts this out and while you are looking at aftermarket parts, also consider a fork and shocks upgrade if you want to get the best out of this massively undervalued bike.

The ZRX’s inline four engine is very reliable as it is based around the old ZZR1100 lump and even in sportsbike tune that was very solid, so de-tuning it for the ZRX only increases its reliability. The major issues involve time and wear and that means items such as the generator, reg/rec and cam chain tensioner may need replacing. None of these are hard jobs thanks to the ease of access you get on a naked bike. A few owners have experienced gearbox issues, which isn’t uncommon on large capacity bikes with lots of torque, so check all is well and that five (yes five, not six), gears engage smoothly and don’t hop out. Always give the radiator a good inspection on the ZRX as it is very exposed and as well as being damaged by stones is prone to rusting or corrosion. There is a rubber pad in the centre of the radiator and this traps grit, which can actually wear a hole in the radiator if left uncleaned. It is best to completely remove this pad. Annoying on a naked bike, the finish isn’t great on the ZRX and the original pipes rust through and the engine’s finish flakes off, which is a real shame. Some owners switch the position of the eccentric axel adjusters from Kawasaki’s top location through 180-degrees to the bottom, lifting the rear of the bike and improving the handling, which is a good tweak that only costs a bit of time. And while you are considering it, check the underslung real caliper isn’t seized and then also check the front brakes and discs as the heavy ZRX can warp discs and ensure the compression adjusters on the forks move as they can also seize up. Finally we have the thorny issue of modification. Although far less common than on the R version, always be wary of a modified bike. If the bars have been swapped, check they don’t restrict the throttle, brake line or clutch line, or hit on the tank or front fairing. Check the electrics work if a tail tidy has been fitted and inspect the quality of the work. With aftermarket exhausts, ask if the bike’s carbs have been set up to suit and if not, factor in a Dynojet kit.

The ZXR1200S was never updated due to its lack of popularity and sales, however the ZRX brand itself has seen quite a few changes over the years. The original ZRX1100 replaced the Zephyr 1100 in 1997 and grew in capacity in 2001 from 1052cc to 1165cc to become the ZRX1200R ‘Eddie rep’ and the half-faired and more modern looking ZRX1200S. While the S was dropped in 2004, the R carried on in Kawasaki’s model range until 2007 when emissions laws saw its production ceased. 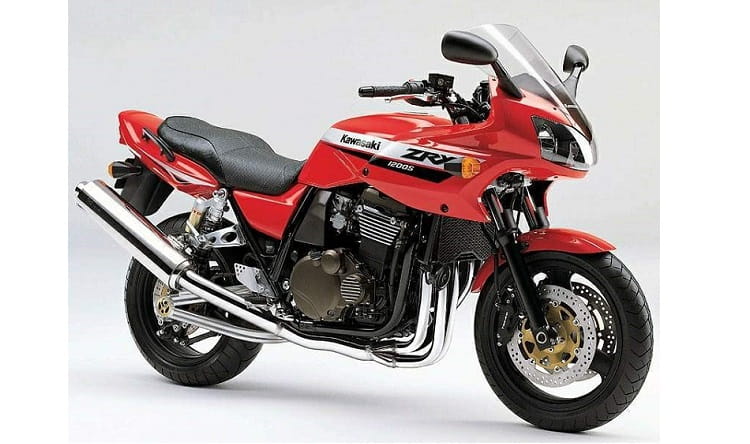 The great thing about the ZRX1200S is that where prices of the far more popular ZRX1200R Eddie rep are strong, the ZRX1200S is bargain basement. You can pick up an early S for under £3000 from a dealer, or £2500 in a private sale, which is tremendous value for a big-engine naked. Compare this to the R, which starts at £4000 and is actually quite rare in the used market as owners hang onto them, and you can see why the S is the one to head towards. The absolute top dollar for a ZRX1200S is £3500, and that’s for a 2004 minter with a mid-teen mileage.