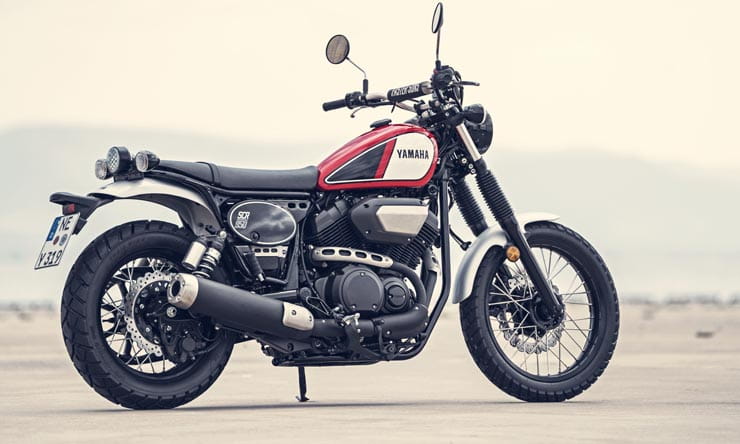 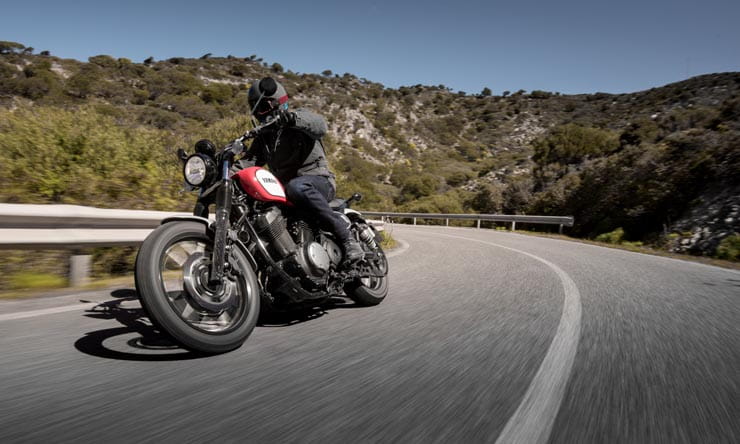 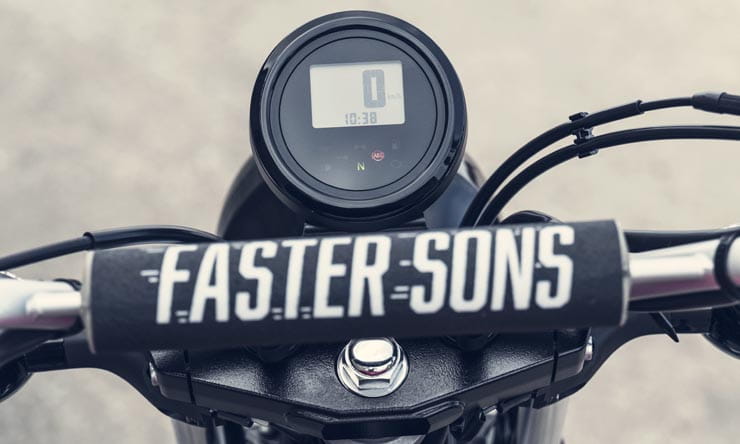 We’ve had adventure sports bikes that can’t go off-road, we’ve had adventure scooters that can ride through woods, but never can I remember an off-road cruiser in production. Until now. The Yamaha SCR950 is the latest bike in Yamaha’s ultra-successful Sport Heritage range of bikes – and it's a cruiser dressed as a scrambler.

Building on Yamaha’s long heritage of off-road motorcycles, which goes right back to 1955 with a modified Yamaha YA-1 that raced in a Japanese race up a volcano, to the YD3C Big Bear Scrambler in 1965, and of course, the most iconic of them all – the Yamaha XT500 of 1975. This is the latest in that line. Sort of. 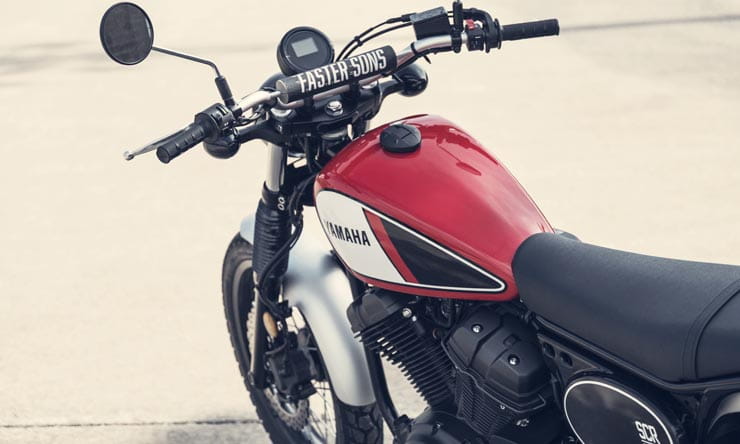 Scramblers go way back to the Fifties, where riders took road bikes and modified them with taller suspension, off-road tyres, off-road style handlebars and a big metal bash plate (or a ‘Sled’ because of the way it sledged over rough ground. And that’s essentially what this bike is. Except, nobody to my knowledge, other than a few specials builders with XV950s and Harleys have taken a cruiser and made it in to a production scrambler, and maybe for good reason. And let’s not forget that scramblers are a big deal right now. Ducati sells thousands of them, Triumph just relaunched the new Street Scrambler, and BMW’s R nine T Scrambler just hit dealerships.

Starting with a standard Yamaha XV950R, the SCR950 keeps the XV’s steel double cradle frame and 942cc air-cooled V-twin motor. It adds a set of Renthal style handlebar grips and motocross straight bars. Taller suspension lifts the bike up by 10mm and has a set of piggy back reservoir shocks on the back, a smaller, racier seat, LED rear light, a small headlight and footrests that are moved back so you can stand up when off-road or sit down when on the road. That's the SCR950.

The steel tank itself is also new and looks fantastic, with paint that nods back to Yamaha’s iconic old dirt bikes. It’s a good-looking thing is the SCR950. It’s long and low, though not as low as the XV950R it’s based on, and the first impressions you get when you sit on it are just how heavy it feels. It weighs a massive 252kg wet. A Ducati Desert Sled comes in at 207kg wet, the Triumph Street Scrambler is 213kg dry, so even if fuel and fluids came in at 10kg for example that still puts the Yamaha almost 30kg heavier than the Triumph.

Once on the move it carries that mass low-down and you forget about it for a bit. The geometry is the same as the XV950R and it steers nicely, even though the 19" front wheel feels like it’s mile away from the rider, and pulling on the brakes too hard will get that Bridgestone Trail Wing tyre howling as the ABS cuts in.

The bars are wide and high, the tank is narrow and the riding position makes it feel like a more comfortable cruiser. The air filter digs into your leg on the right, and the peg position means you end up bashing your ankles on them. And then we get to a corner. The ground clearance is poor. Which is a shame, because the wide bars mean there’s loads of leverage to throw it around. I can’t help thinking that lifting it a good 20mm more would make it look even cooler and more practical too. 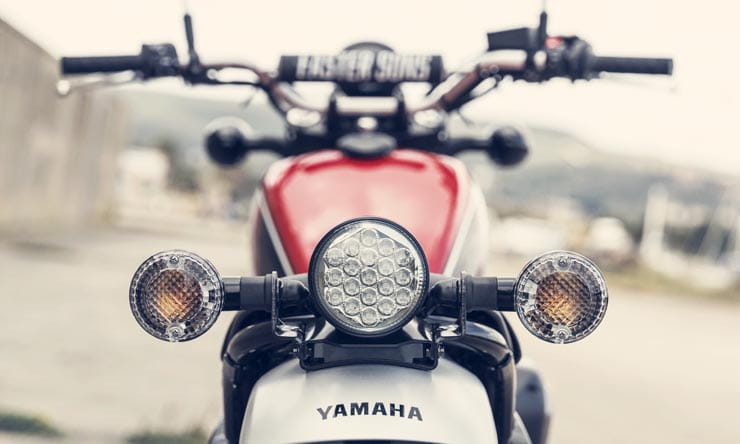 Like the styling, the ride is all about that 54.3bhp motor. It’s a massive lump but looks great and is so mellow, but in a good way. It sounds better than most Harleys as standard, and the eight-valve motor has bag of character, and loads of mid-range that means you don’t rev it, just chug along using the maximum torque that Yamaha says comes in at 3000rpm. For comparison, the Ducati Desert Sled makes a claimed 75bhp, and the Triumph comes in at 55hp, just shy of the Yamaha.

You may get the impression about now that I don’t like this bike, but you’d be wrong. Dynamically it’s not a great motorcycle, but somehow it does work. I’m convinced further when we turn off a road and take it down a trail, and through a river. Try that on a standard Harley and you’ll have left most of the sump on the first rock. 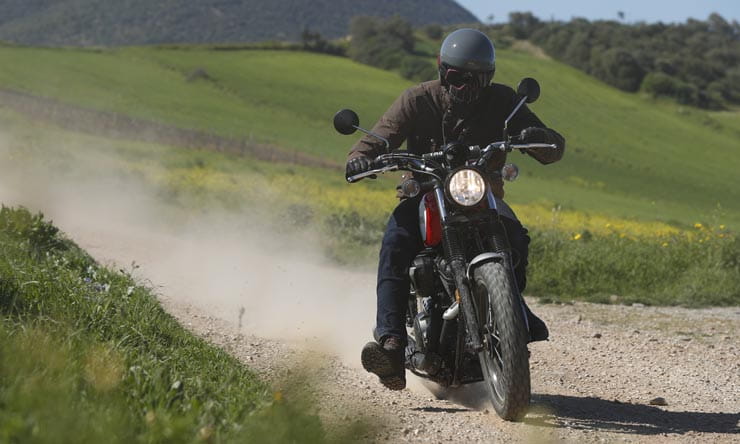 We blast along, kicking up dusk and it feels like I’m in some #FasterSons video, off on a road trip with my mates, ready for a camp fire and skinny dipping in the river at tonight’s wooden shack in the mountains. It’s hipster video central and I like it. The audience for this bike is much younger than you’d expect to find buying a Yamaha cruiser, and plenty of people will really like it.

There’s not much suspension travel at the rear, and it clatters over bumps, the Bridgestone trail tyres do a great job of finding grip in dust, and I start to smile. It’s really a cruiser with off-road looks rather than what most people would consider a true modern scrambler. But it makes me smile, I like the way it looks, and Yamaha proved on our test route on some of the most spectacular scenery in Europe, that you can just kick back and take your time. And if you do just want to turn off the road and ride up a dirt track, kicking up some dust, and roosting your mates the it can do that too, and all in the comfort of an open face lid, kicking back and taking in the view.

It’s a cruiser that you can ride through rivers and represents that whole 'Hooligan Racer' movement that’s going on in the United States of America. At £8499 it represents good value compared to some of its scrambler rivals, with the Ducati Desert Sled at £9395, and the Triumph Street Scrambler at £8900. It also brings something different to the scrambler class, taking it in a whole new direction. 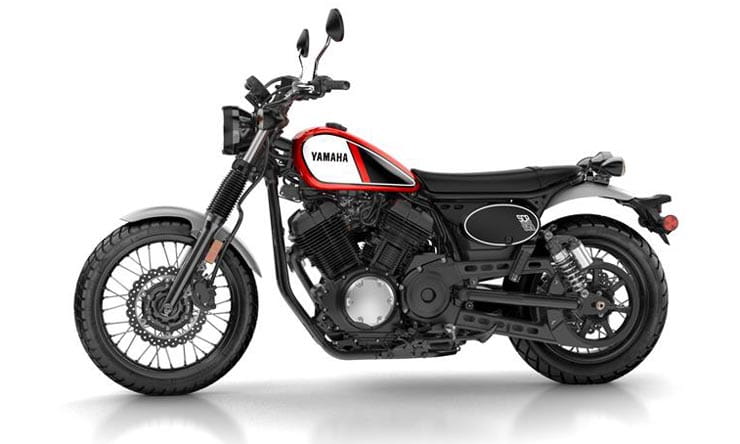