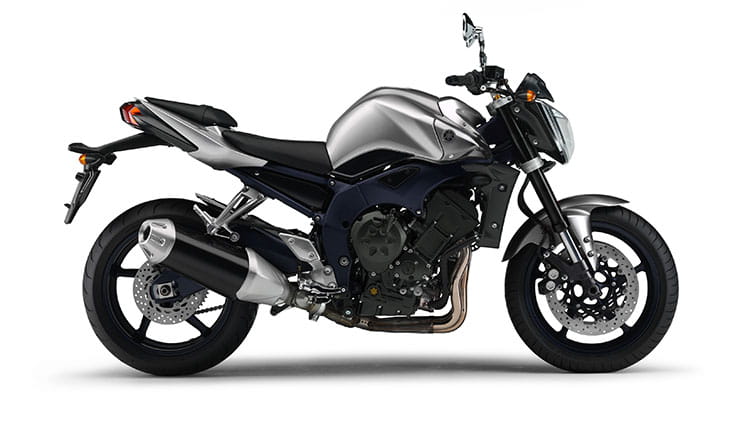 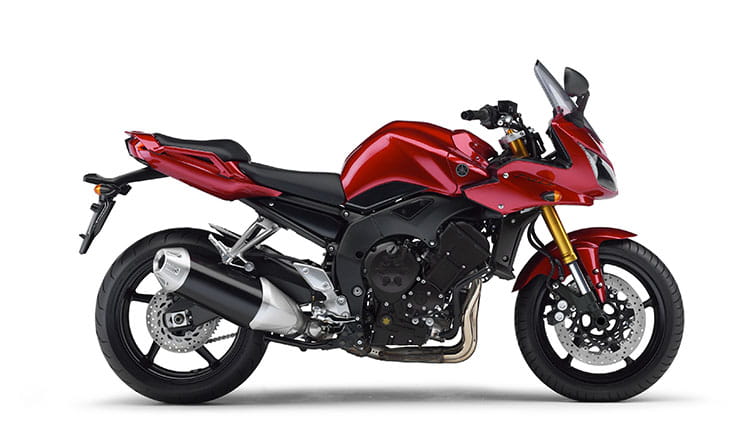 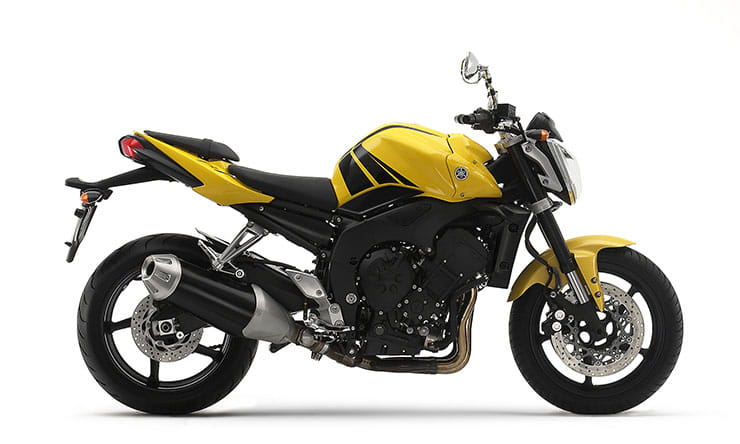 After the slightly disappointingly soft FZS1000 Fazer, Yamaha upped the ante in 2006 with two new R1-powered models that introduced a higher degree of sporting prowess to the brand. In keeping with the Fazer name the half-faired FZ1 Fazer was aimed at those who wanted a touch of practicality while the naked FZ1 was a flat-bar hooligan. However things didn’t quite go according to plan for Yamaha and what should have been a masterstroke quickly descended into a bit of a nightmare… 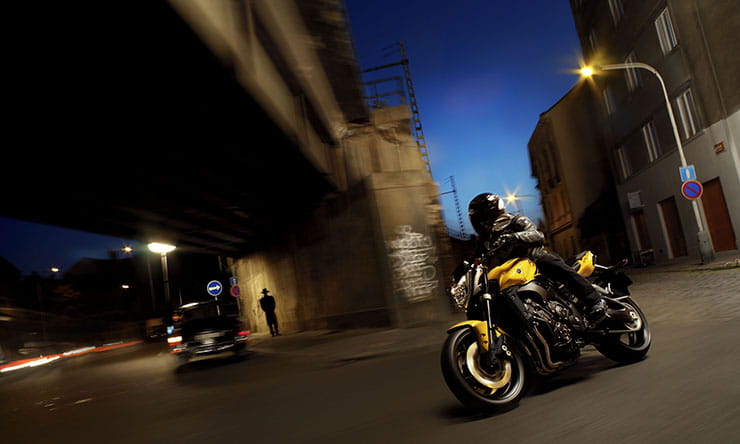 Based around the 2004 YZF-R1’s motor, the FZ1 and FZ1 Fazer share an identical engine with the same power output of 148bhp with 78.2ftlb of torque. Taking the R1’s 20-valve DOHC 998cc inline four as a base, Yamaha altered its camshaft profiles to give it a milder tune and increased the weight of the flywheel to give it 40% more inertia for improved mid-range and a calmer throttle response. The motor’s compression ratio was reduced from 12.4 to 11.5:1 and fifth and sixth gear given longer ratios. Overall, the FZ1 was a claimed 22bhp down on the R1 but made almost identical torque. Like the R1, the FZ1 used Yamaha’s two-way fuel injectors with secondary throttle valves actuated by a 32-bit ECU. Unlike the R1, the FZ1 made do with a side-mounted exhaust instead of the funky underseat item that the R1 and FZ6 models carried.

A bespoke gravity die-cast frame rather than the old Fazer model’s tubular steel item gave the new FZ1 models far more rigidity by using the engine as a stressed member. Impressively, as well as being 89mm narrower than the old model’s frame, the FZ1’s is also 9kg lighter and set with sportier geometry. By sharpening up the head angle from 24-degrees to 25-degrees, as well as giving it a more forward weight bias and a shorter wheelbase, Yamaha ensured the new FZ1 models were considerably more agile than the bike they replaced. Interestingly, they also took the rider’s weight more into account and moved the riding position 49mm further forward. Like the R1, the FZ1’s aluminium swingarm is extra long (45mm more than the old model’s) for stability and drive, however it has its bracing truss above the swingarm rather than under it as on the R1. 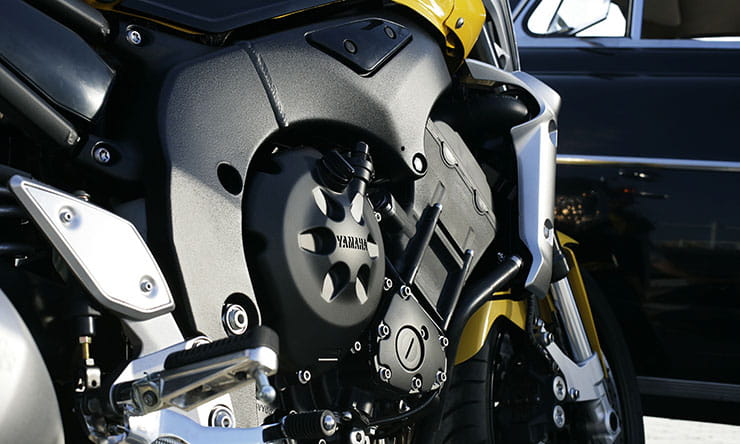 Like the R1, the FZ1 has its damping split between its chunky 43mm fork legs. The left fork leg controls compression while the right deals with rebound damping and both have spring preload adjustability. According to Yamaha, this separation of the damping means the forks’ internals can be simplified, giving better damping qualities. The shock is also fully-adjustable and according to Yamaha 13% lighter than the old model’s unit. If you want to be really geeky, you may be interested to note the FZ1 had black anodising on its forks’ legs where the FZ1 Fazer has gold… 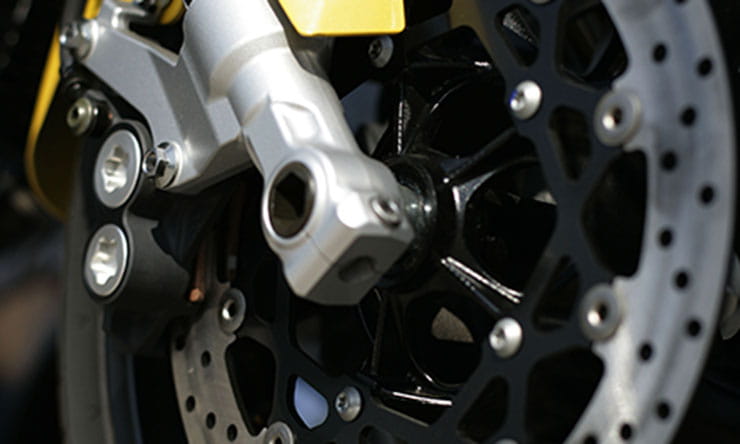 Sadly for fans of modern technology, despite the R1 running radial calipers, the FZ1 models make do with conventionally-mounted stoppers. The 320mm discs are the same size, but the four-piston calipers lacked the latest cool mounting points. The rear is a 245mm disc with a single-piston caliper – which is the same as the R1… ABS was offered as an option in 2007 on the FZ1 Fazer but not the FZ1. 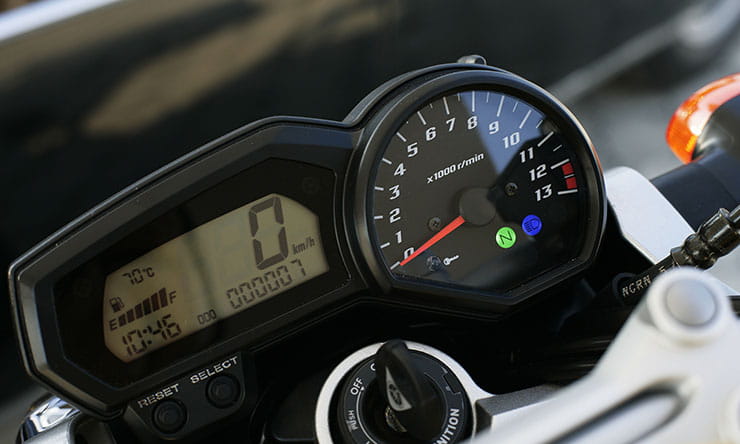 Nope, you get fuel injection and that’s about it… At least the dash has a fuel gauge and an immobilisor is standard fitment.

With big, wide bars and a comfortable seat the FZ1 and FZ1 Fazer are fairly comfortable machines. The Fazer’s half-fairing makes it the more practical bike when it comes to distance work, however as long as you stick below 70mph the FZ1 is a surprisingly plush place to be. As long as you don’t mind your neck muscles getting a workout…

A large capacity motor means lots of torque and aside from the initial jerk on the throttle and the poor suspension over bumps, both FZ1 models are pleasant pillion bikes. Grab rails come as standard on the Fazer, but not the FZ1, but the pillion seat is reasonably roomy on both bikes. 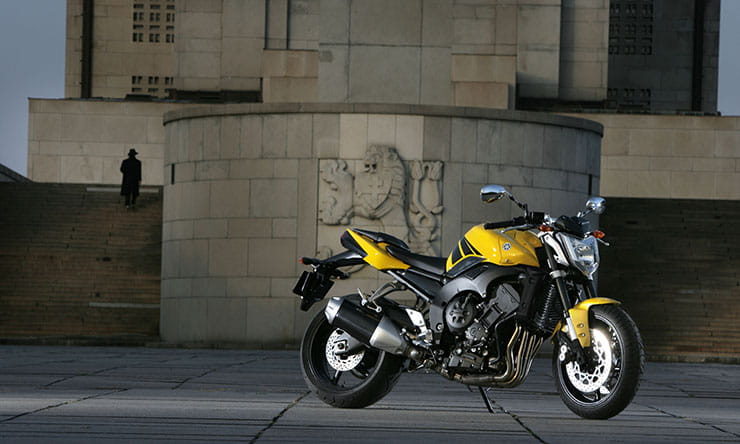 Yamaha’s Fazer range has always represented good value be it in the 600cc or 1000cc categories. Reasonably priced from the use of parts and engines drafted in from other models, albeit slightly detuned or revised for usability. A 1000cc engine however, is still a potent beast and the FZ1 Fazer is no slouch.

Despite slight neutering of the R1 motor’s top end it is still capable of 140mph performance with acceleration to match. However the engine is a friendly lump and tractable enough to hook top gear at 50mph and the rider to make the most of a big fat wedge of torque for effortless cruising. It isn’t all lovely though; the first version of the FZ1 suffers from a hectic stumble with closing the throttle and immediately opening it up again. Use the throttle smoothly, though, and the creamy delivery is very rewarding.

What the FZ1 is best at is carrying the rider in decent comfort regardless of whether he/she is going banzai or just riding in an everyday way. The bars hold the rider upright and that top half fairing is perfectly adequate at keeping the weather and windblast at bay – at the same time there’s enough pleasing draft around the legs and lower body to appease riders who like the sensation of riding a non-faired bike.

Being blessed with a new aluminium dual beam frame the FZ1 can actually be ridden at a good pace in complete safety. More than one has been taken to a trackday and embarrassed sports focused machinery.

The FZ1 is a genuine all-rounder and one of the best available. It has enough performance to satisfy everyone and a respectable chassis to keep it all in line. It can do the solo Sunday fun run and tour Europe with a pillion onboard without ever getting stressed. And the same can be said for the rider and pillion.

When the FZ1 and FZ1 Fazer were introduced the world and their dog jumped on the fact its throttle response wasn’t the best and as a result sales were slow. While certainly a fair criticism, it was a very small blip on what is generally a brilliant bike that hits the traditional Fazer brief excellently.

Get a sorted FZ1, in either faired of naked guise, and you will absolutely love it. A few quid spent on dyno time and a race exhaust (a lot of the fuelling issues are down to emission-pleasing restrictions) and you are left with a bike that has a thumping inline four motor with stacks of torque and wonderful build quality. Yes, its suspension is not as relaxed as the older model’s and the seat isn’t quite as luxurious, but when you hit the bends the FZ1 will leave the old FZS wobbling away in the distance. Practical, ridiculously fast, great handling and good looking – the FZ1 has it all. In naked or half-faired guise! 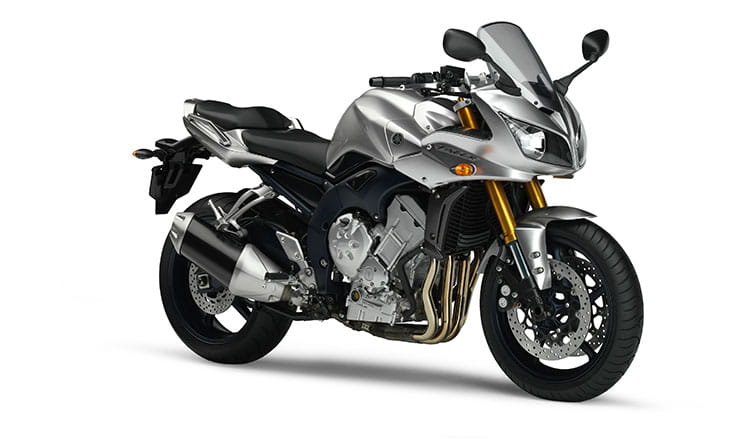 It is actually very hard to find any owners who have suffered major mechanical issues with the FZ1, which is a very good sign. There is the occasional coil going down or reg/rec, but overall most seem incredibly happy with their bike and also delighted at Yamaha’s level of build quality. So what should you look out for?

First on the list is if the previous owner has sorted the fuelling. A ECU remap or Power Commander and race pipe is always a good sign and certainly improves the bike’s snatchy throttle response. However be wary of owners who go too far as the FZ1 especially is often modified with new bars (Renthals are popular) tail tidies and cosmetic alterations. If the bike has been changed from standard always check the quality of the workmanship as hacked wiring looms and replacement bars that hit the tank are not ideal! Always inspect the suspension linkages as they are prone to seizing and by now the suspension units themselves will probably be needed a rebuild or refresh, so look for any weeps and check their damping by bouncing the bike up and down. The Yamaha immobilisor system requires a red ‘master’ key to create black copies and without this key you are looking at a new ECU and lock set and a massive bill should you lose your keys so always check it is included in the sale. Other than this, its basically consumables and crash damage and checking for any warning lights on the dash that might indicate a sensor has packed up. 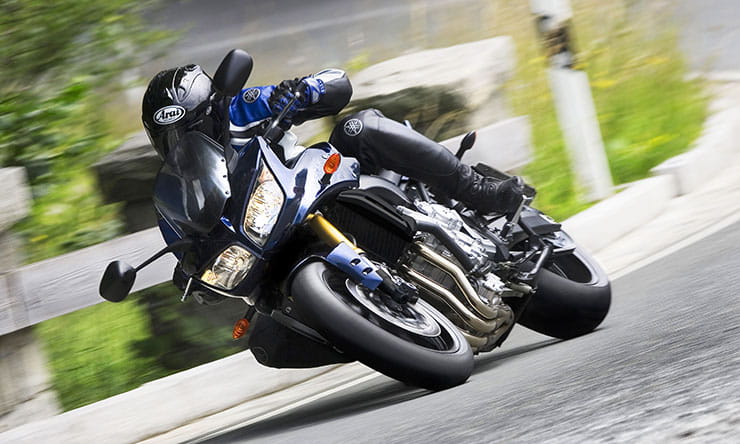 The first generation of FZ1 and FZ1 Fazer were plagued with a poor throttle response, so much so that Yamaha sneaked a quick update out for 2007 that comprised of a new ECU with an updated fuel map within it. While slightly better, it was far from perfect and it wasn’t until 2010 that they finally got it right. The revised 2010 models feature an all-black exhaust end can (the previous generations have a silver tip and heat shield) and are far better in terms of fuelling.

The lower end of the FZ1 market sees bike available for around the £2500 mark, which is a lot of bike for very little money. Up your budget to £3500 and you should secure a very tidy example of an early generation, which is still good value. The FZ1 and FZ1 Fazer go for roughly the same price and both are plentiful in the used market. If you want a final generation (black exhaust) expect to pay around £4200 to £5000 depending on mileage and condition with late model bikes going for £6500. 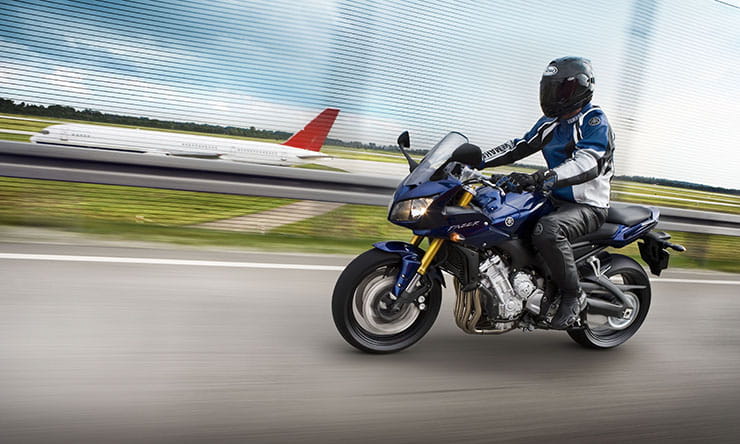