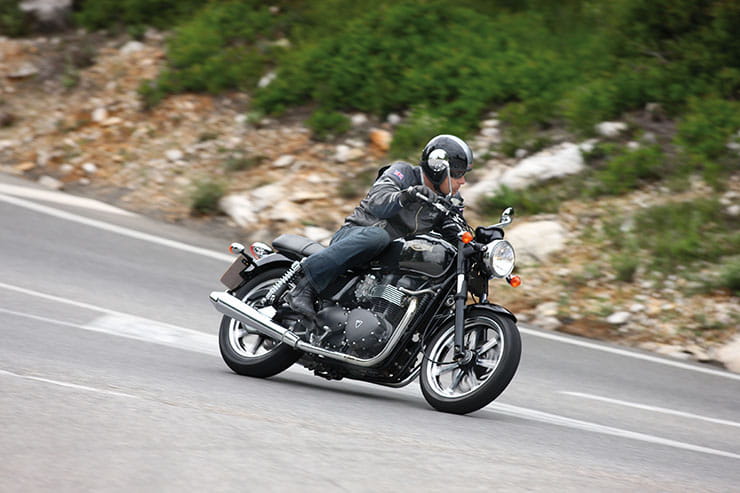 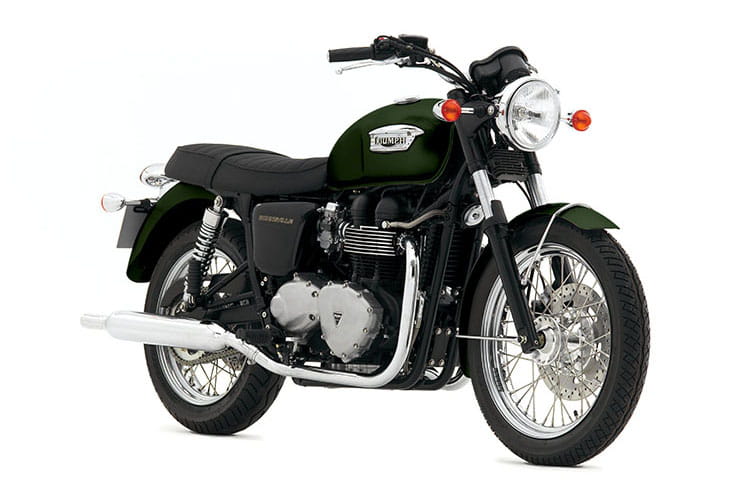 A mainstay of ‘Hinckley’ Triumph’s range, few bikes have the sheer charm of the air-cooled Bonneville. After being introduced into the range in 2001, this wonderful modern retro has won an army of fans due to its relaxed nature, cool looks and solid reliability. If you are after a bike to enjoy on a solo sunny Sunday ride through the countryside, the Triumph Bonneville should be right at the top of your shopping list. Powered by an air-cooled parallel twin engine, Triumph made a point of injecting a bit of refinement into the Bonnie by giving it a 360-degree crank where most of the other 865cc-engined modern retros in their range use a 270-degree crank. A smoother engine thanks to twin balancer shafts and lacking the 270’s offbeat vibrations, the 360-crank is also reminiscent of the classic Triumphs of yesteryear, so if you remember the Ace Café’s heydays, you will appreciate the Bonnie’s authenticity. And nostalgia is the Bonnie’s main selling point. While not the most powerful motor in the world, the Bonnie’s 865cc parallel twin both sounds and looks right and it is lovely touches such as disguising the fuel-injection as a set of carbs (or actually being carbs on older models), pea-shooter exhausts, high bars and polished alloy triangular engine cases that make the Bonnie stand out as a true homage to British motorcycling’s glory years. Although lacking ABS and let down slightly by overly soft suspension and a lack of grunt when two-up, the Triumph Bonneville is a timeless machine that ensures every ride is a trip down memory lane. 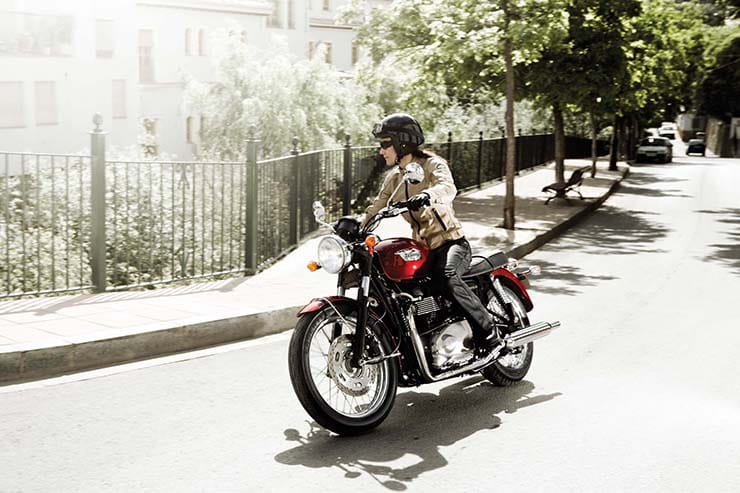 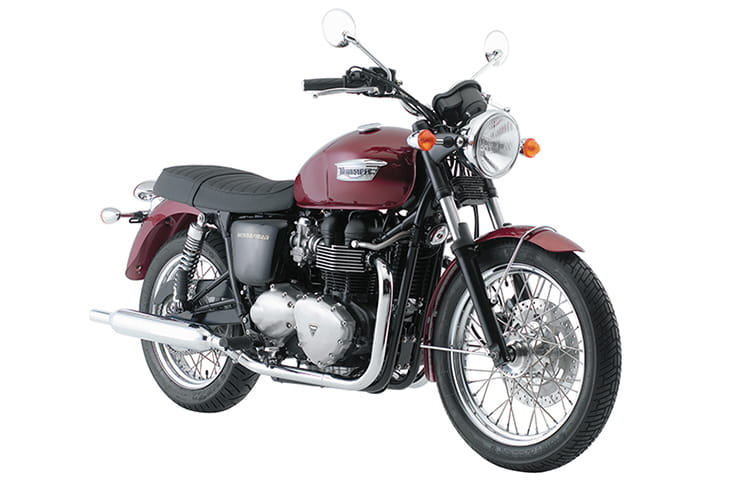 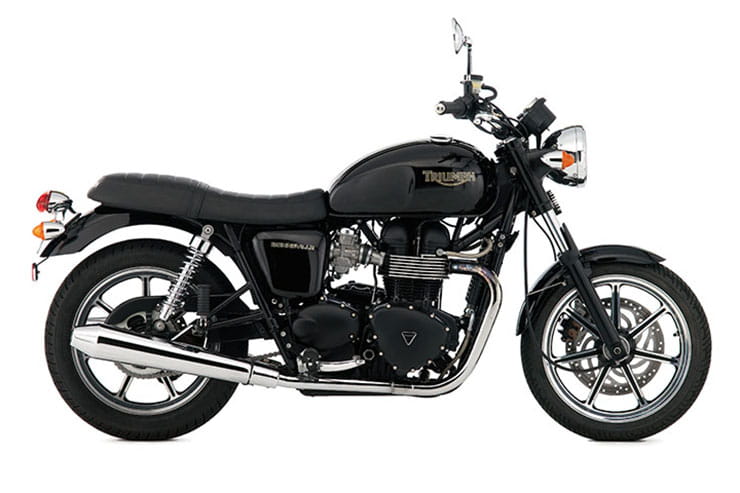 The Bonneville’s engine is very under-stressed and major mechanical issues are few and far between as a result. Don’t bother looking for a sixth gear, there isn’t one, but do check the gearbox selects all the gears nice and smoothly as forums report there can be issues with the downshift on well-used bikes. As with any older bike, and especially air-cooled models, watch out for excessive smoke on start-up but in general the major items are solid on the Bonnie, it is the small details that let the parallel twin down. Or more precisely, its electrics…

Water is the Bonnie’s nemesis and the wiring loom can throw up a lot of gremlins if the bike is left outside and corrosion sets in. Owners report everything from miss-fires (generally the coils failing, so no big deal), to non-starting (switchgear failing) to the ground wires corroding and it all throwing in the towel. There is a wiring junction on the left-hand side of the tank that is most susceptible to faults and if you type in ‘wiring junction failure’ into a search engine, Triumphrat.net has a lot of posts on the issue! There are a few cases of oil pressure sensors also failing, so check for an oil warning light on the dash. Electrical faults can be a costly nightmare to trace, so always ensure everything is working.

Onto the fit and finish and the Bonnie is fairly well built. Corrosion can set in if the bike’s fasteners aren’t well looked after and the spokes corrode where they meet the rims if not properly dried after cleaning while the paint on the motor flakes off with little provocation. If it looks well cared for, the chances are it has been. The two-piston sliding brake front caliper is a weak point with its slider becoming pitted, causing the brake to start sticking, however as a rebuild will set you back less than £100 including parts, it’s not a massive issue. Irritatingly, none of the air-cooled Bonnies came with ABS, it arrived with the water-cooled bikes.

Finally, due to the huge number of Bonnie specials you do need to be wary of excessive customisation. A set of loud cans is a good addition, but be cautious of bikes that have been heavily modified and if possible, buy a fairly stock machine or one that only has bolt-on accessories from a reputable aftermarket supplier. 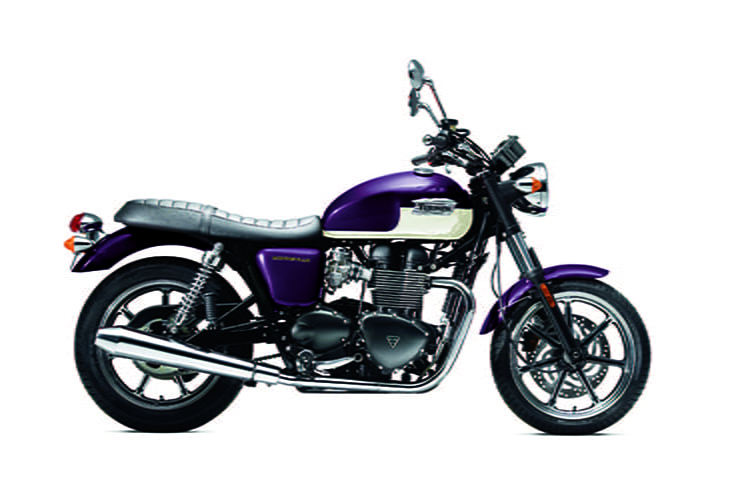 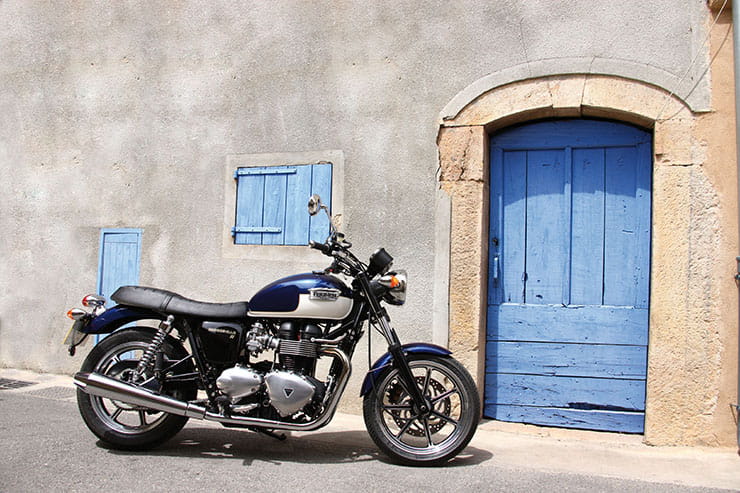 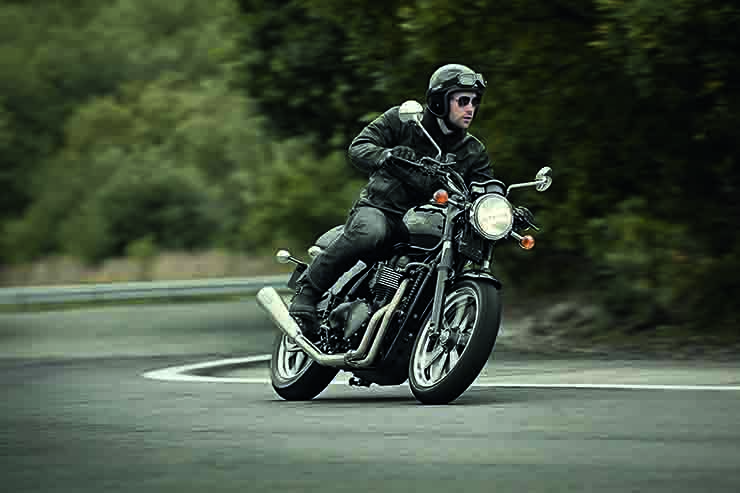 The Bonneville was initially launched with a 790cc air-cooled engine, however this was expanded to 865cc in 2006 alongside other updates to the bike’s chassis and motor. In 2008 the Bonnie’s 36mm carbs were swapped for a fuel-injection system before another update in 2009 saw its spoke wheels replaced by cast items. In 2017 the all-new water-cooled Bonneville replaced the air-cooled model in Triumph’s model range and brought with it a ride-by-wire throttle, traction control and (finally) ABS for the first time. As well as a few special edition Bonnie models (SE, Anniversary etc), which are generally just paint work and bolt-on accessories, the T100 has run alongside the stock Bonnie since 2002 and is effectively a higher-spec Bonnie with more chrome, spoke wheels and twin clocks. 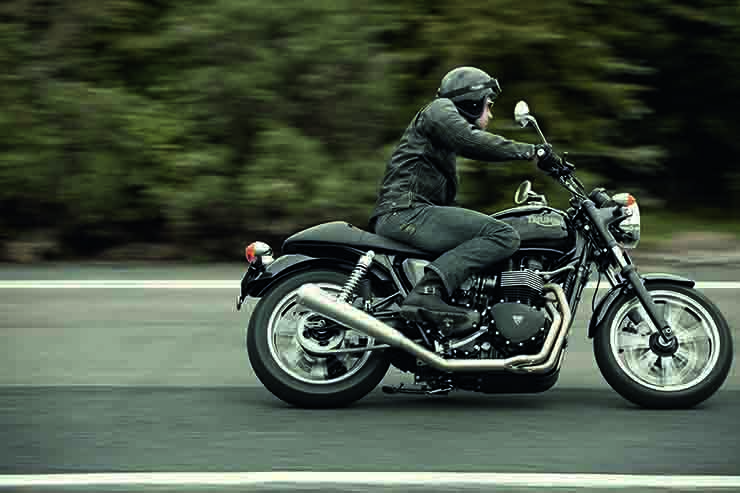 There are loads of Bonnies out there and while the smaller volume models such as the Thruxton and Scrambler tend to hold onto their value a bit better, the Bonnie is generally cheaper. You can pick up an early Bonnie for in the region of £3,500, but most seem to hit a price point of £4,000 and stay there generally irrespective of year. That is the benefit of a retro – it never goes out of fashion or looks dated! If you have £4,500 you can get a lovely example of a fuel-injected generation with £5,000 securing you a higher-spec T100 model. The absolute top end is £5,500 with only the very rarest of limited-edition models tipping over this point. 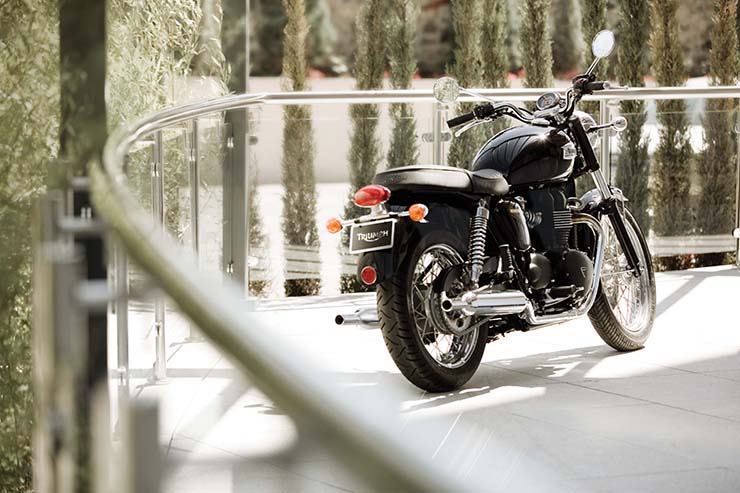 The Triumph RAT webpage (www.triumphrat.net) is very active and covers all makes and models of Bonneville. There are also a few forums dedicated to the ‘Hinckley’ Bonnie models such as www.newbonnevilleriders.com or www.triumphtalk.com which are worth a look.