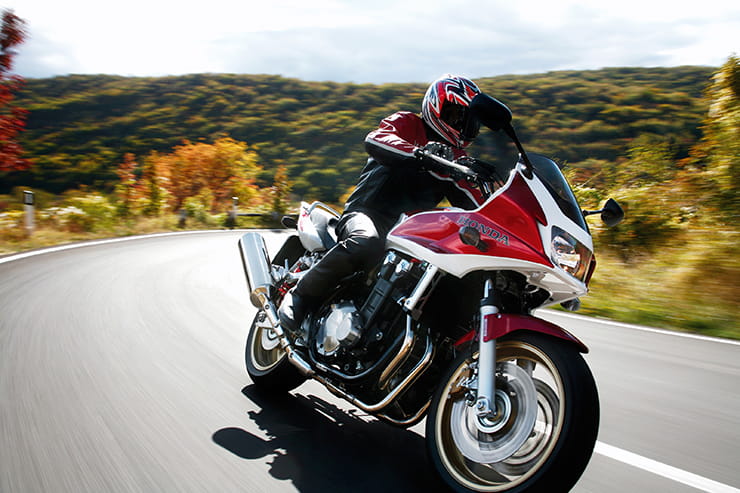 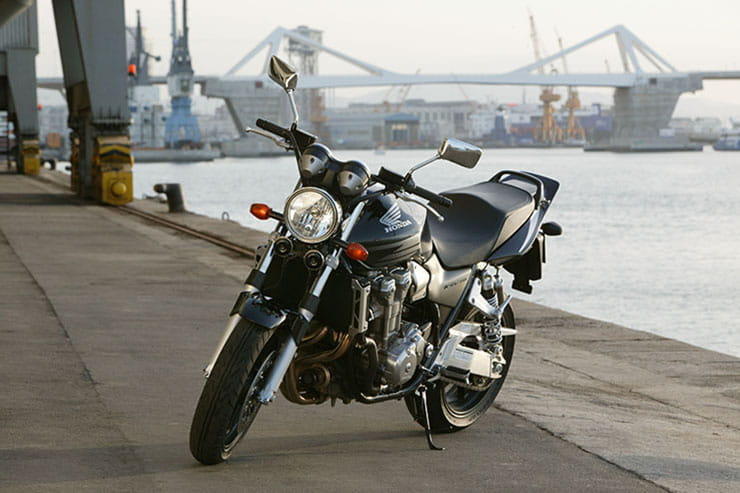 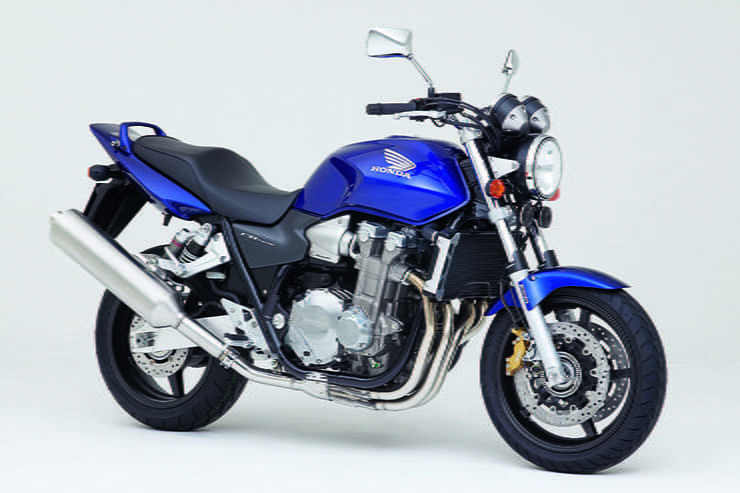 Retro bikes don’t come much bigger or gutsier than Honda’s CB1300. Launched in 2003 first in naked guise and then with a half-fairing as the S model in 2005, this homage to the 1993 CB1000 Super Four ‘Big One’ was a surprisingly slow seller for Honda in its day but has since found its niche in the market and is now a popular used buy. Packing a beautifully smooth inline four, comfortable seat and cool retro looks, the CB1300 and CB1300S make for wonderful bikes for cruising around on with or without a pillion.

Honda imported a fair few CB1300 models and that means they are easy to locate in the used market, so while prices aren’t at rock-bottom, they are reasonable when you consider what you are buying. Also, unlike air-cooled retros such as Yamaha’s XJR1300 or Suzuki’s GSX1400, the liquid-cooled CB isn’t ‘on trend’, meaning its price isn’t artificially inflated. If you want an early model you need to pay roughly £3,000 to £3,999 with the faired and naked bikes generally costing the same. The updated 2008-onwards model will up this to just over £4,000 but there should be no need to spend over £5,000 even for a very late model with a low mileage.

The CB’s standout feature has always been its engine, which is super smooth in its operation and rammed full of torque. Peak power is a somewhat paltry considering its capacity 113bhp but it is the 86ftlb of torque backing it up that makes all the difference, meaning the CB pulls like a train whichever gear is selected. In fact, there is just so much drive on offer you often find yourself short-shifting into top and ignoring the rest of the gearbox. This seamless drive makes for a very chilled-out ride and even with a pillion onboard the CB’s turbine of an engine seems totally unaffected. It is one monster of a motor and simply beautiful to use when you just want to relax and cruise. However it is far from faultless…

A well-documented Achilles’ Heel of the CB is its gearbox, which comes in for a fair amount of criticism from owners. As well as being quite clunky in its operation, there are only five ratios to select from, meaning the engine is forced to work harder than it should and fuel economy suffers as a result. However that isn’t its main problem as early bikes are very prone to fourth gear failing due to selector fork issues. This was sorted in the 2008 update when Honda tweaked the gearbox’s internals, however if you are test-riding one always accelerate hard in fourth and see if the bike hops out of gear as even the updated bikes are known to develop issues. In 2008 the updated CB’s stainless steel exhaust was modified to include Euro3-compliant catalytic converters and a support added, curing an issue on early bikes where the downpipes were prone to cracking due to vibrations. 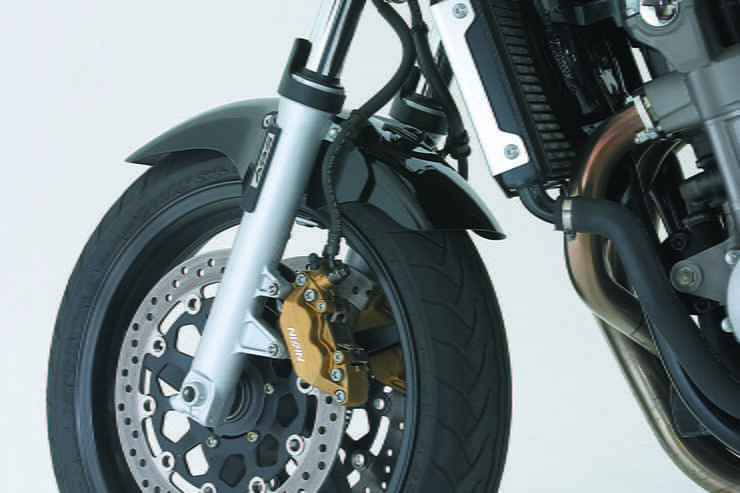 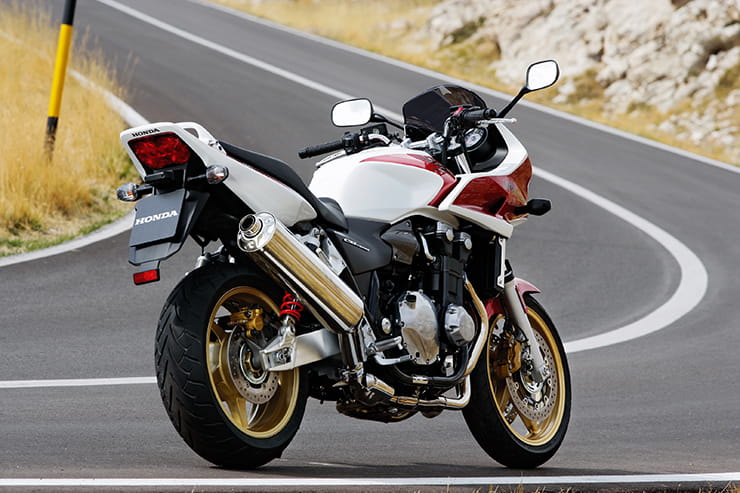 That lack of an ‘overdrive’ sixth gear really harms the CB’s fuel economy figures and owners report that mpg figures in the low 30s are fairly common with a few riders just managing to tip over into the 40s if they are careful. It seems that if you keep the revs down the CB is ok, however start to let that engine rev out and it sucks back the juice with an alarming thirst. The faired S is slightly more aerodynamic and therefore economical but there is little to split the two models during day-to-day use.

Retro bikes generally aren’t known for their handling prowess and the CB1300’s steering is best described as steady. The issue is that tipping the scales at a hefty 236kg dry the Honda is never going to be a light handling bike and with fairly relaxed geometry, a long wheelbase and soft suspension aimed at comfort this makes for a gentle rather than sporty ride. The forks can have their compression and rebound tweaked while the shocks have five-stage adjustable preload but in truth the weight is the issue and that can’t be dialled out. Is it a problem? Not really, the CB isn’t built for carving through the bends and its weight brings with it a feeling of security and being planted to the road’s surface in corners, which is no bad thing at all. When buying an early model, give the shocks’ eyelet rubbers a close inspection as they are known to perish and check the adjuster ring turns and isn’t seized. Also, watch out for worn head bearings as they were supplied from the factory with next to no grease.

Early CB1300 models lacked ABS where the CB1300S had it as an option from new, something that was rolled out to the naked bike in later years. Despite its weight the four-piston Nissin calipers have more than enough bite for the CB and the ABS system is effective. 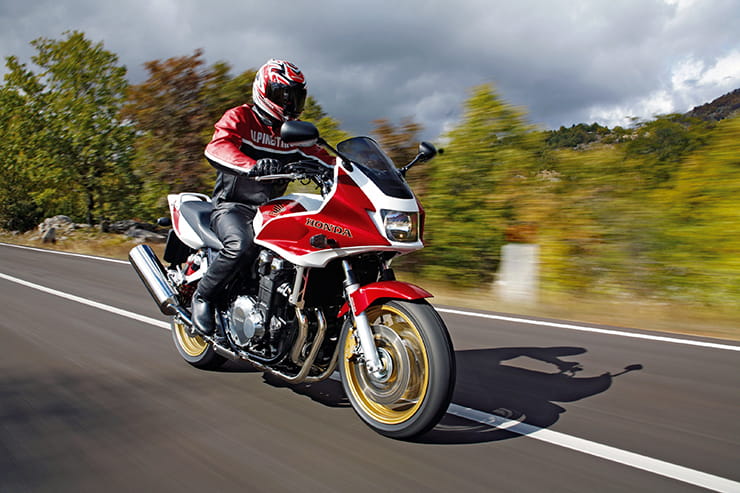 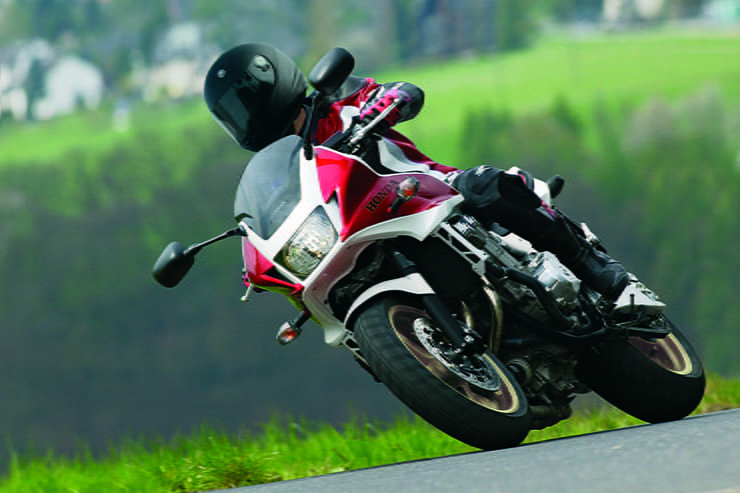 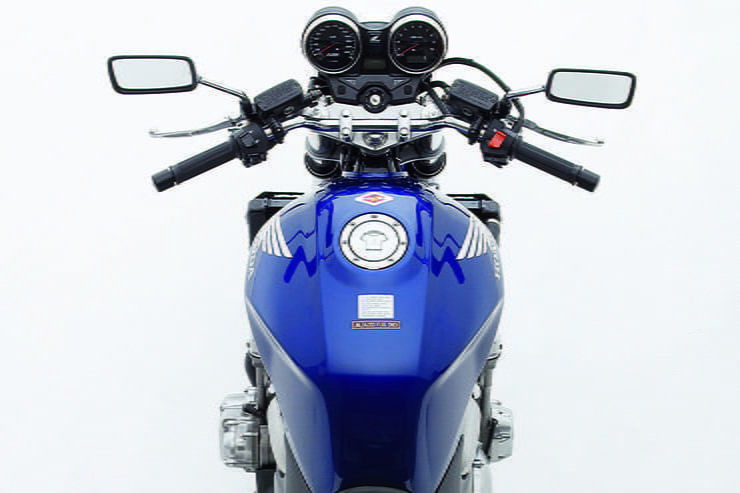 Considering the CB has a whopping 23-litre tank you would expect it to be quite a good at covering distances, which it is aside from the poor economy figures. The S model’s fairing makes it the more relaxed of the two CBs, however a lot of owners report that the fairing can develop an irritating rattle, which needs strategic placement of foam pads to mute out. Changing the light bulb on the S is also a nightmare, requiring extreme dexterity and a lot of patience! In terms of comfort, the CB’s seat is sumptuous and its low 790mm seat height reassuring for shorter riders. In 2008 an update saw the side panels slimmed down on both models, making it feel even lower, while the seat was also resculpted for greater comfort.

As you would expect on an older retro bike, the CB lacks most electrical accessories. ABS was introduced later in the models’ lifespan but that was about it. If you are buying a used naked model, always check that the push-button on the clocks works as this is known to let water in, causing the switch behind to corrode and fail. It can be fixed but it is a bit of a fiddle. In terms of accessories, Honda did sell a limited range of add-ons with the only ones really worth fitting being the fly screen for the CB1300 if you want to cover distance and crash bungs on both models. Without bungs fitted, the first thing that will touch down in a slow speed spill is the tank – which is obviously not ideal!

Since it was discontinued the CB has won an army of fans who appreciate the relaxed nature of the torque-laden engine as well as the comfort levels you get thanks to its huge seat and upright bars. If you are after a cool-looking retro that is so chilled-out it is virtually horizontal and want to take a pillion with you on your sunny day adventures, either CB1300 model is a great bet.

Three things I love about the Honda CB1300… 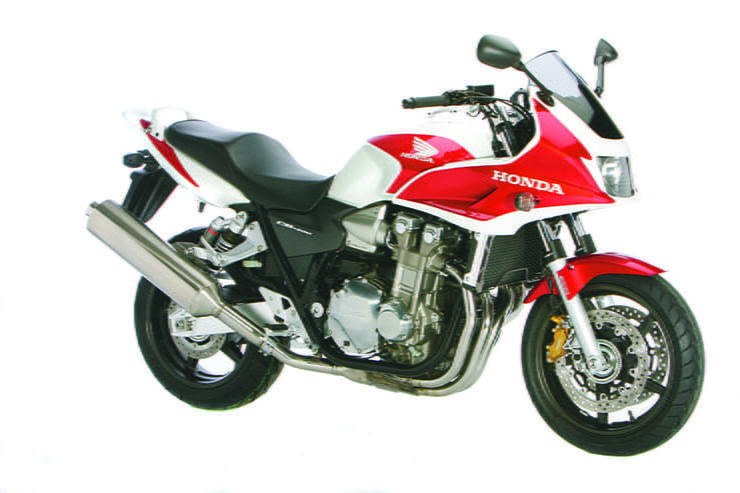 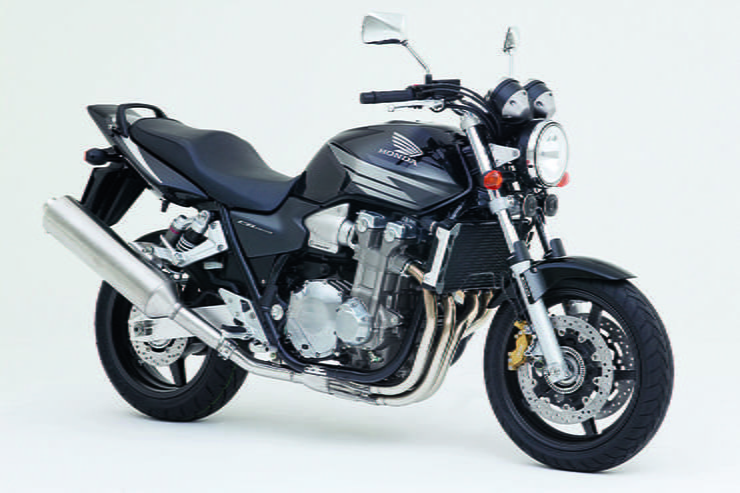 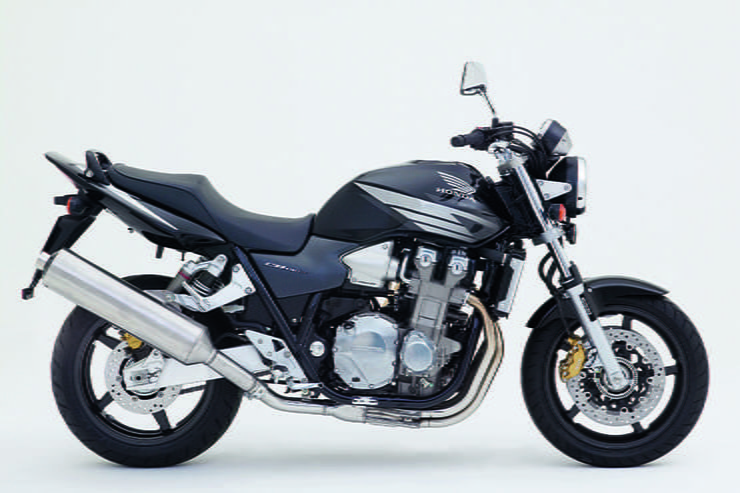 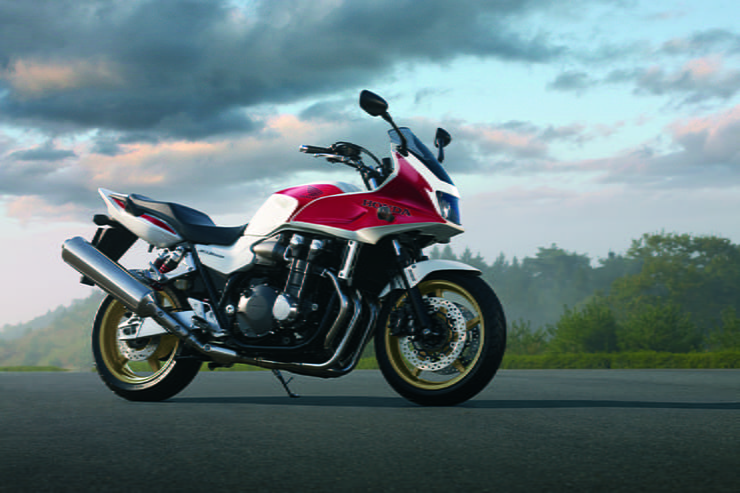