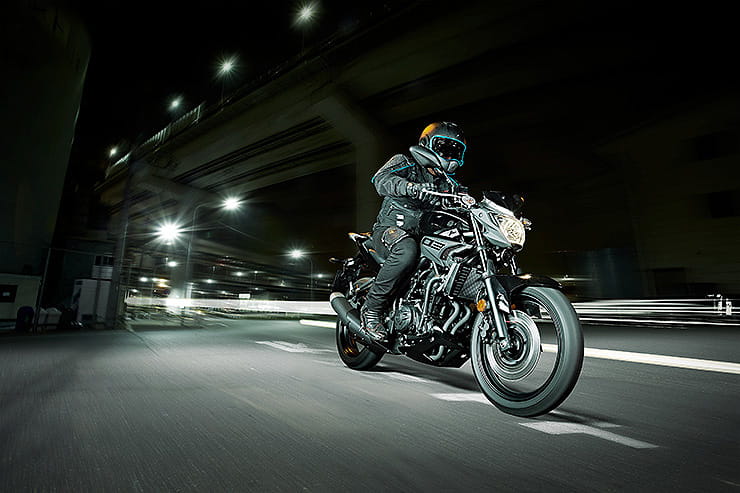 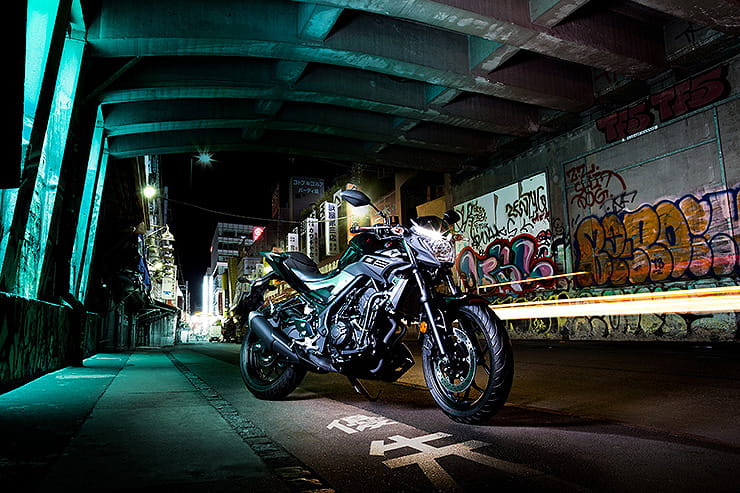 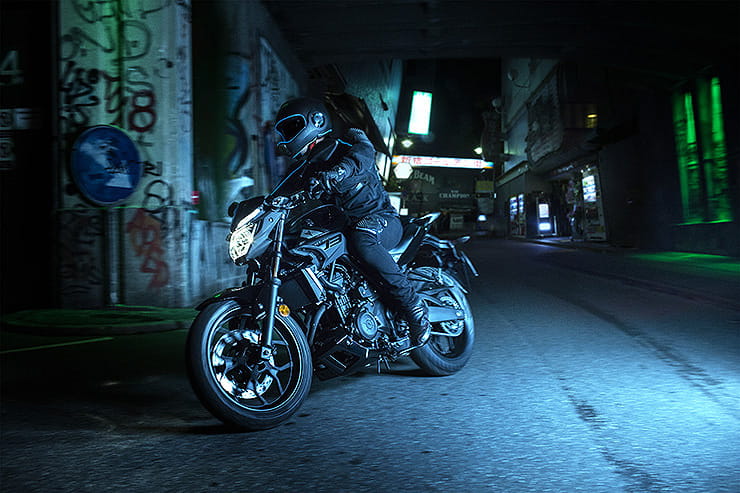 With excitement still high surrounding their new range of naked bikes, and the MT-07 and MT-09 selling like hotcakes, in 2016 Yamaha decided to give riders who were restricted to an A2-licence a smaller capacity slice of the ‘Dark Side of Japan.’ Heavily reliant upon the sporty YZF-R3, the parallel twin MT-03 was aimed at providing A2 riders a light and punchy urban bike that looked cool and could either be the first stepping stone into the ‘Dark Side...’or a logical upgrade from the MT-125. A bike that proved popular but not quite as big a hit as the bigger capacity models (it equates to roughly 6% of Europe’s MT sales) the MT-03 is a good machine for urban riders and a really accessible bike for anyone new to two-wheels.

Built in Indonesia to help keep costs down, the MT-03 was a very reasonable £4499 in 2016 and hasn’t increased that much since with the 2021 model (an update happened in 2020) costing you £5299. If you are happy with a fairly well used example, you can pick one up for just upwards of £2400. While use isn’t an issue in terms of reliability, the finish can suffer so you are probably better off spending closer to £2600 for a low-mileage example of a 2016 bike. Push this up to £3000 - £3400 and you can get a real beauty and 2018 models with under 1000 miles go for £3400, which is amazing value. If you can save the extra cash, ideally get one of these bikes and haggle a bit to bring the price tag closer to £3000. Just be wary when buying used as there are actually two MT-03 models – the new parallel twin and the older 660cc single. It’s pretty easy to spot the difference but ensure you are buying the right one if bidding online!!!

The MT-03 uses the same parallel twin as the YZF-R3 and it isn’t a bad motor at all. Being a parallel twin it has a good spread of torque and its peak outputs of 41.4bhp and 21.8lb-ft are very respectable for a bike that has its power capped. Although quite happy to be revved, the MT doesn’t demand to be hammered on every ride and you can merrily potter around on it low in the rev range if that’s what you want.

The MT-03 is powered by the same DOHC parallel twin as the YZF-R3 and it is a very solid performer, mainly because its main market is in the far east and as a result it is built to be unburstable. Water-cooled and with a lovely light clutch action, there is little to find fault with and it is also pleasingly smooth, especially when compared to a few of its vibey single-cylinder rivals. Believe it or not, within the motor are lightweight forged pistons, carburized con rods and some other pretty high-end technologies, so again, don’t write it off just because it is a ‘budget’ bike. The valve clearances need checking at 25,000 miles, which it almost certainly won’t have reached, while small services happen every 3500 miles. A cheap bike to get worked on, you are only looking at roughly £150 for a small service or £250 for a more serious one so it is wallet-friendly to run. The gearbox is also solid but the exhaust pipe, as on so many budget bikes, is a bit cheap and can rot through. Inspect it for holes and feel for any gas escaping when the motor is running. As on any water-cooled bike, inspect the radiator for leaks or damage from stone chips or a crash and also look for paint flaking from the engine’s cases, which can happen if the bike is run through winter and not cleaned properly. 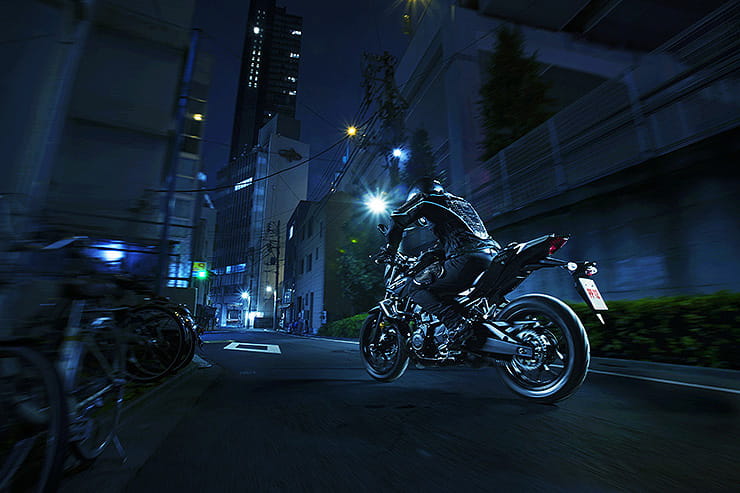 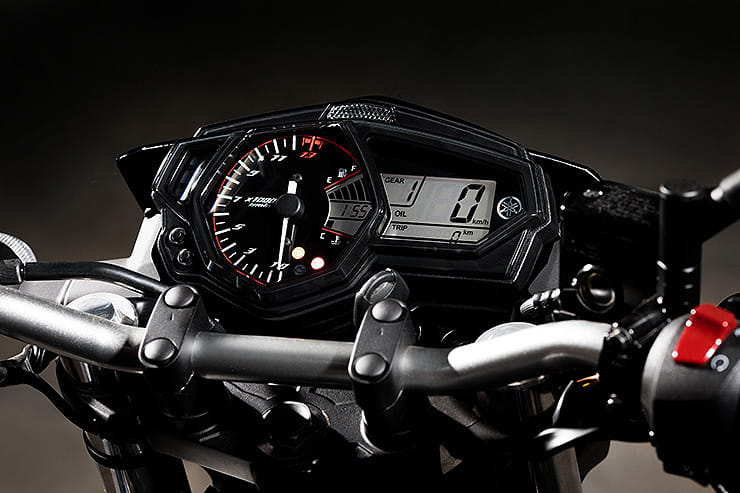 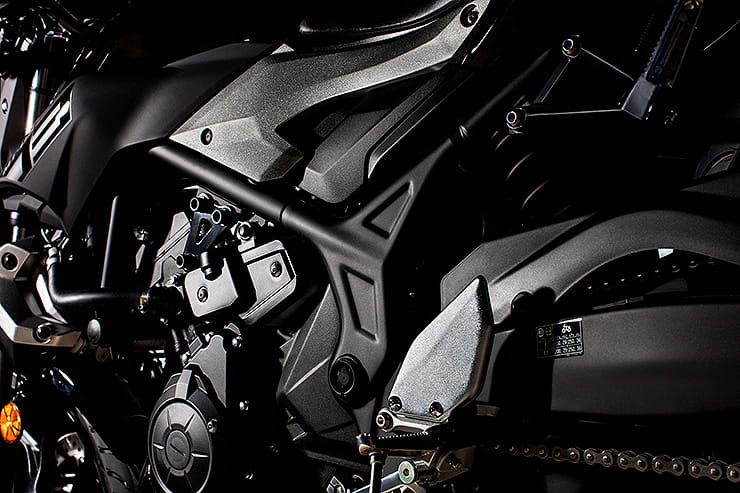 Yamaha claimed economy figures in the 75mpg range however you are more likely to average just over 60mpg during general use or high 50s numbers if you are putting the hammer down. That equates to a range of approaching the 200 mile mark from its 14-litre tank, which is pretty good.

A bike that is surprisingly agile, don’t write the MT off just because it has budget-looking suspension and a steel chassis. Yamaha designed the YZF-R3 to compete in the World Supersport 300 series that runs alongside World Superbikes and the MT has the same chassis as the R3, so you gain all this sporting DNA. Once you get rid of the hideous OE Michelin Pilot Street rubber, which lasts for ever but has little grip in the wet or dry, the MT’s 17-inch 10-spoke wheels carry nice fat tyres and you can certainly lean it over. A light weight of just 168kg ready to roll equals a bike that flips from side to side with minimal effort and as well as being a hoot on the back roads it is really agile in an urban environment and also manageable thanks to its low 780mm seat height. Anyone new to two-wheels will certainly not be intimidated by the MT’s weight and that means a lot. When buying used, always check the forks for any signs of accident damage and also the chrome on their sliders, which can become pitted and when that happens the seals tend to pop quickly afterwards. The shock, which it has to be said is pretty soggy as standard but can have its preload upped, is fairly solid but if it is worn getting a used replacement costs less than £80 on auction sites so it’s not a huge drama.

One area the MT-03 is a bit of a disappointment is its brakes. You only get a single front disc and a two-piston sliding caliper, which isn’t the most powerful set-up. They are ok for gentle urban use but not exactly outstanding. That said, ABS comes at standard, which is good, you can upgrade the brake pads to add a bit more bite and they are a very simple caliper to rebuild should the sliders become corroded. 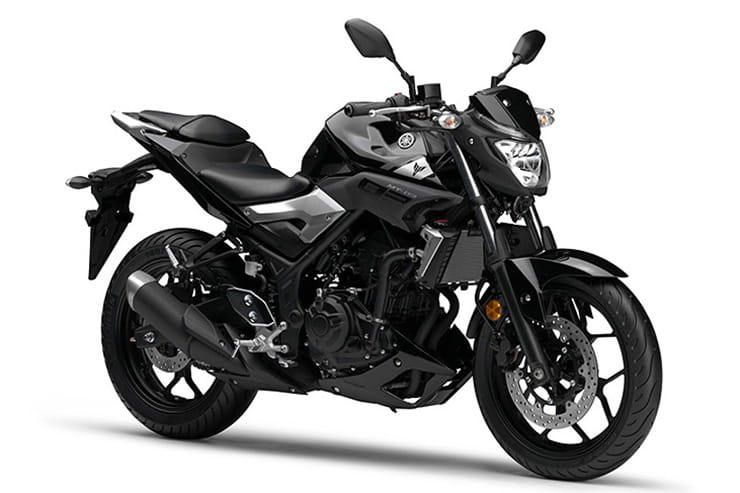 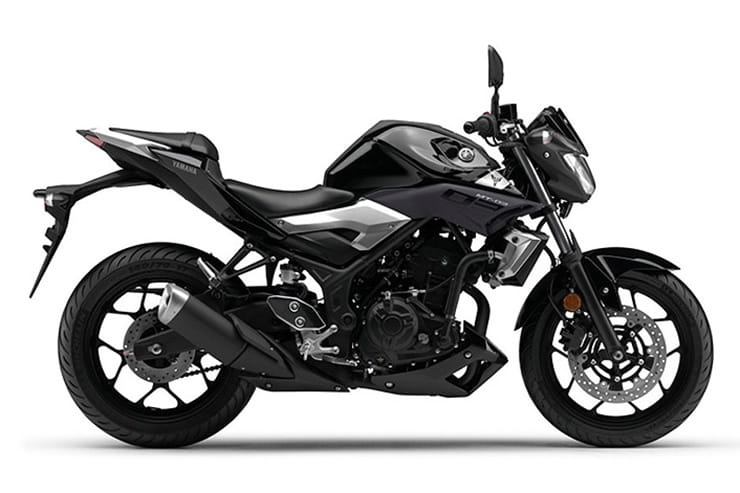 Due to its upright riding position and fairly limited power the MT-03 isn’t really best suited to touring. A few riders complain that the seat is uncomfortable but for short urban blasts, it is perfectly adequate. If you are considering the sportier YZF-R3, it is worth noting that the naked MT’s bars are 39mm higher, 19mm closer and 40mm wider than those on the mini-race-rep.

With ABS as standard as well as an LCD display that packs a fuel gauge and gear indicator, the MT-03 has just about all an urban rider needs. The analogue rev counter is lovely and clear and the speedo is also nice and obvious, so it ticks all the boxes. Not many MT riders choose to accessorise their bike however you do get a few with top boxes, crash protection and the occasional loud pipe fitted. If it has a pipe, you have to wonder why and generally it is down to the bike being dropped so check well for signs of crash damage.

The MT-03 is a solid performer that has proven popular with riders who hold a restricted licence throughout Europe. It’s not that flashy and lacks a few of the modern trinkets, however it is reliable, punchy and carries the MT-family ‘Dark Side’ look, which is cool. A decent used buy that is pretty good value.

Three things we love about the MT-03… 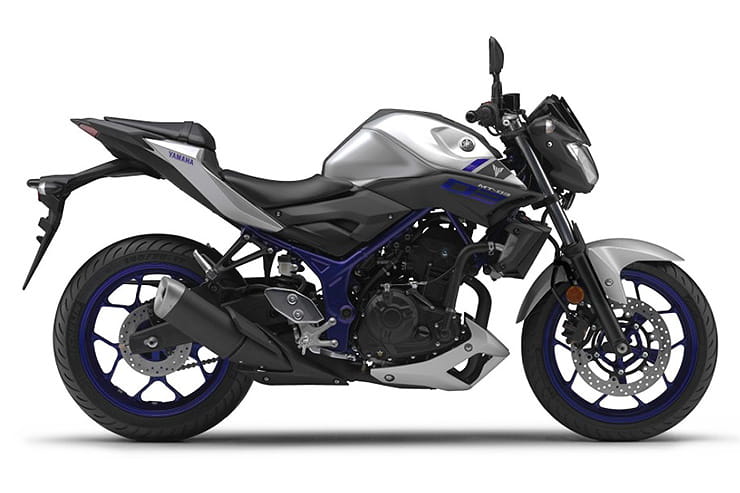 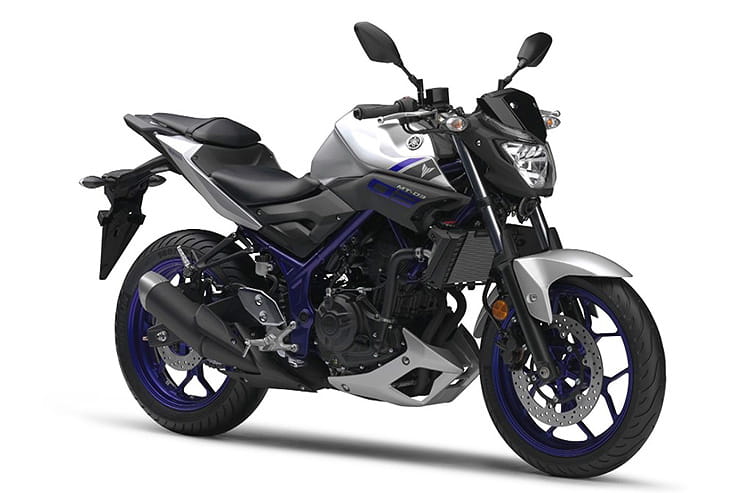