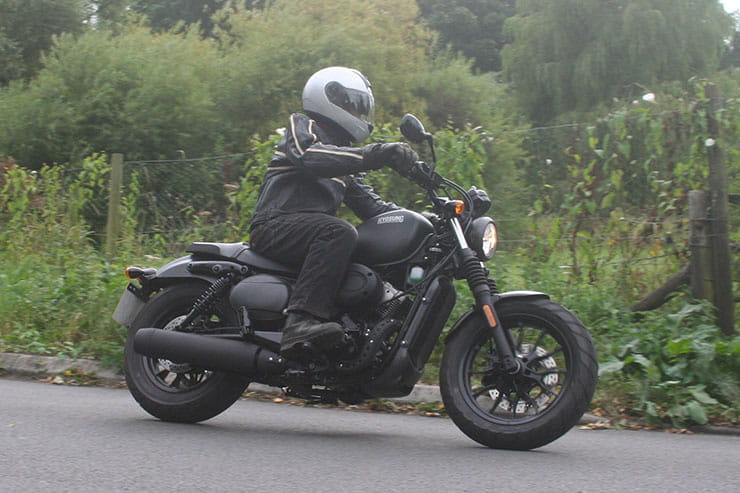 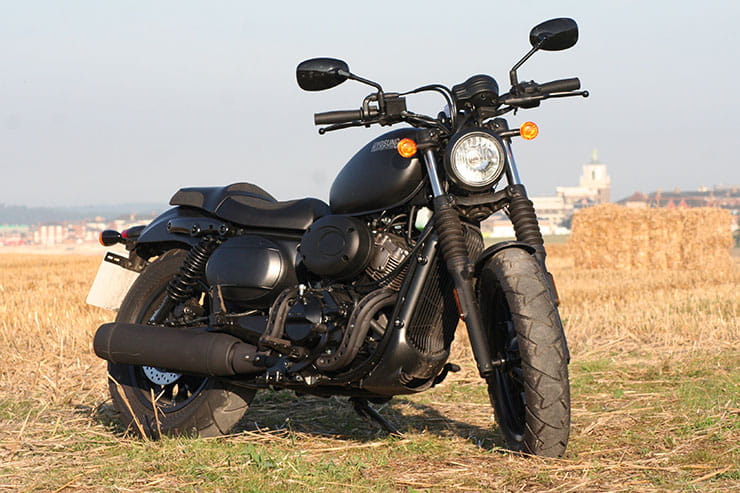 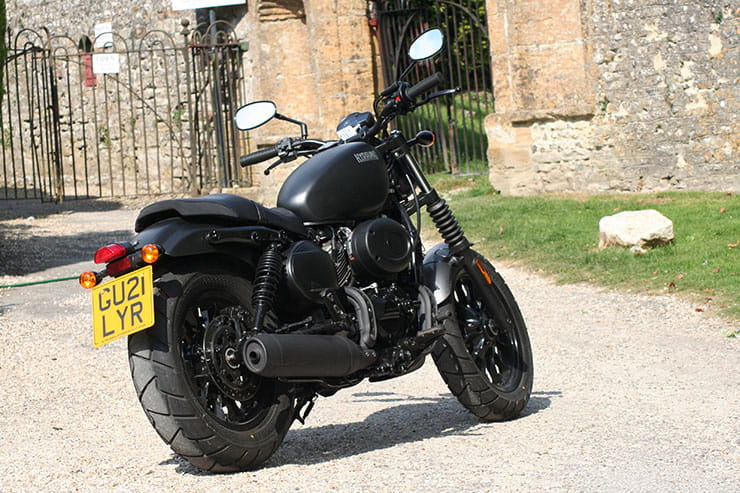 They won't thank me for saying this, but Hyosung hasn't exactly set the UK sales charts alight. We're all vaguely aware of the name - it's been around for years - but the range of 125 singles and 250 or 650 V-twins has always had a low profile over here. As for the company which makes them, Hyosung is a Korean conglomerate which makes everything from chemicals to textiles, setting up its motorcycle division back in 1978 to build Suzukis under licence. The bike business has been hived off since, though it retains the same name.

If you've seen any Hyosungs on the road in Britain, they're likely to have been the Aquilia cruiser, which over the years has been offered here in 125, 250 and 650 form. Now we've got a new variant, the GV300S with liquid-cooled motor, neat Harley Sportster styling and A2 licence compliance. Can it make more of an impact than its predecessors?

The cruiser market isn't big in Britain, and that for small-engined A2-licence cruisers is smaller still, so the Aquila doesn't face much opposition. Closest is the Royal Enfield Supernova, a mildly custom version of the new Meteor 350 single. At £4039 it'll probably be slightly cheaper than the Aquila but mustering just 20.2bhp is well down on power. Or there's Honda's Rebel 500 (£5849) using the CB500 parallel twin engine – Honda does make a 300cc version, but that doesn't come to Europe. The Benelli 502 Cruiser (£5599+OTR) offers similar layout and performance. As for the Aquila, it's expected to come in at a little over £4100, which looks good value. 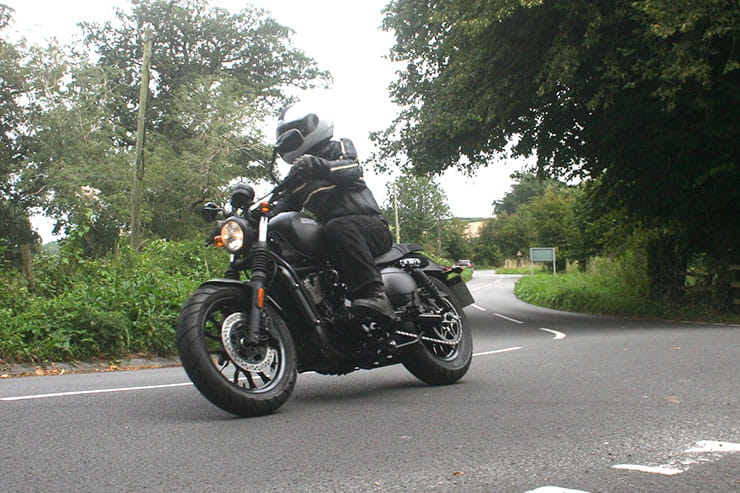 Whatever you think about cruisers, their hidden dividend (if you've got short legs) is a low seat, and at 710mm the Aquila's is in the hedge hopping class. Slung into it, you feel in complete control of the mini-cruiser which weighs a modest 172kg. Firing up the 300cc V-twin does nothing to dispel that as it waffles quietly away underneath you – aftermarket pipes will surely be available, but will they be legal?

This cruiser might look a little bit like a Harley, but with just 296cc available, the engine doesn't act like one. Power peaks at 29bhp at 8500rpm (just one horsepower more than its 250cc predecessor) and torque at 25.5Nm, 2000rpm lower down the scale. It doesn't lollop along like a big V-twin so much as scurry, and in sixth gear at 60mph the little V-twin is buzzing along at 6000rpm.

The good news is that it's not peaky. If you insist, it will rev up to the 10,000rpm redline and cut-out, but in practice it's just as quick if you change up at 6-7000rpm using the midrange. The bonus on short shifting is that you avoid the vibes which start to come in over 7000. This is a relatively small engine, so you will need to change down for real urge, but otherwise it's happy to stay in top gear on twisty roads, accelerating out of tight bends without a problem.

This flexibility pays dividends in town, where the Aquila will pull, nice and polite, from 2000rpm without offending anyone, and unlike big fat cruisers it's a doddle to filter through traffic – light, well balanced and easy to live with. Back out on the open road, it'll hold 70mph up and down dale without feeling stressed, so hopefully you won't either.

If it's a cruiser, it has to be a V-twin, right? Not anymore. The Honda Rebel and Benelli are parallel-twins and the Royal Enfield a single, but the Aquila sticks with the traditional Vee, albeit here in 60-degree liquid-cooled form, with SOHC four-valve heads on each cylinder. It's thoroughly modern, with a discreet black radiator and authentic cooling fins, mated to a six-speed gearbox and chain final drive. 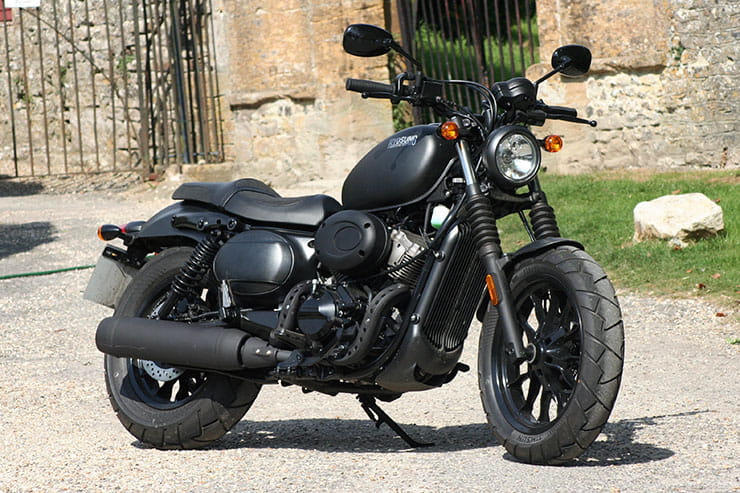 It's not often that a bike exceeds its official figures (whether mph or mpg) by a huge amount, but the Aquila did. Hyosung claim an average 69.2mpg but a week or cruising around rural Dorset gave an eye popping 99mpg. Admittedly that's with no motorways, just a few miles of dual-carriageway and everything else on twisty A/B roads at less than 60mph. Assuming a more typical 80mpg, that would give a safe 200-mile range, plenty for a 300cc cruiser.

On paper, the Aquila doesn't look too promising as a twisty road tool. The front forks are non-adjustable and the twin rear shocks for pre-load only, while both ends seem to have the limited travel associated with a low riding cruiser. Add in a fat 120/80 front tyre (actually the same size as the rear, though on a 16-inch rim) and it suggests a spec more suited to seafront cruising than tarmac scraping.

In practice, Hyosung's mid-size cruiser acquits itself pretty well. Despite that front tyre, it responds well to steering input and feels rock steady through bends. I never ran out of clearance (though I don't try very hard) and the Timsun tyres clung on well. And the suspension never seemed as if it was starting to lose the plot. Behind the paper specs is a bike with a lowish centre of gravity, a substantial tubular steel frame and a similar steel swinging arm. Despite all of that, overall weight is impressively low at 172kg, less than some big scooters, so it feels easy to sling around, plus nice and solid at speed in a straight line. Full marks.

I do like a nice, progressive and strong rear brake, and the Aquila has one of those. It's so strong that you could just use that in town, though maybe that's a bad habit to get into. It didn't help that the 270mm front disc appeared to be warped on the test bike. Still, using both discs hard brought safe, secure stops every time, with the ABS just starting to make itself felt on dry tarmac. 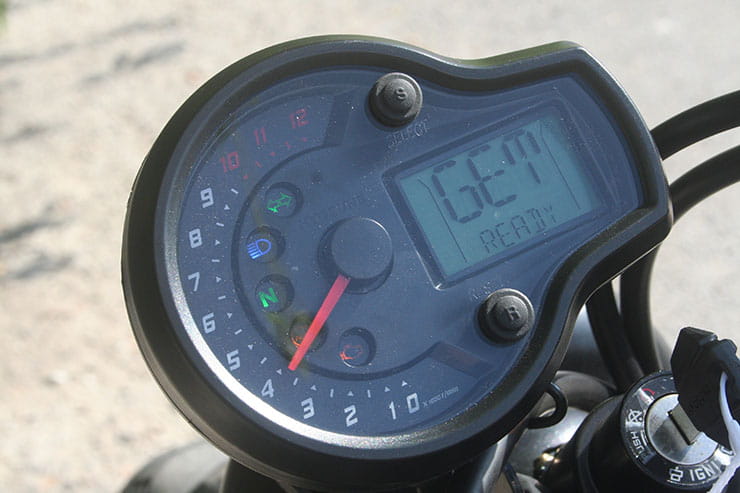 The Aquila is a cruiser, but not in the extreme legs-out, arms-out sort of way. The air cleaner pushes your right knee away from the tank (very Harley-authentic) and the long legged might not have enough room but otherwise it's very good. The seat is excellent, really comfy for long stints, and because you're not strung out in the breeze too much it's OK to keep up 70mph without feeling as if arms are being pulled out of sockets. Things aren't so rosy for the passenger, who gets a small patch of seat with nothing to hold on to. If you're taking a passenger any distance, buy a backrest.

Rider aids? Well there aren't any to speak of apart from ABS, as this is an A2 licence cruiser mustering less than 30bhp. Accessories are limited to an optional screen and backrest, but that's about it. Riders get a compact instrument pack with an analogue rev counter and digital speedo, with fuel and temp gauges – all very readable, except that the fuel gauge segments are hollow instead of solid, so it looks as if you're about to run out of juice. While we're on practicalities, the Aquila has a three-warranty, but the second and third years cover parts only with no breakdown cover, which seems a bit mean these days.

But this bike isn't really about rider aids and practical touches – it's about the way it looks. If anyone is in doubt about the inspiration, the UK importer's website openly refers to 'Sportster' styling, which is pretty brave considering that H-D once tried to patent its exhaust note... Anyway, it's pretty well done, clearly evoking the original in a smaller package, and all very nice so long as you like black. Just about the only things not finished in shades of midnight are the fork tops, brake discs and lights. 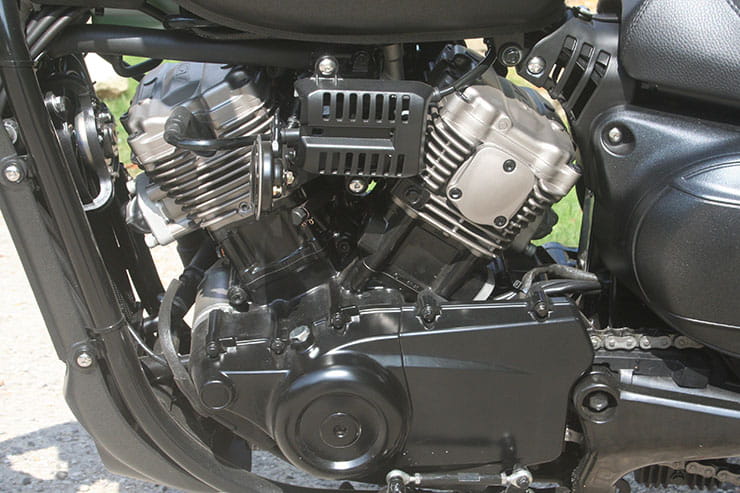 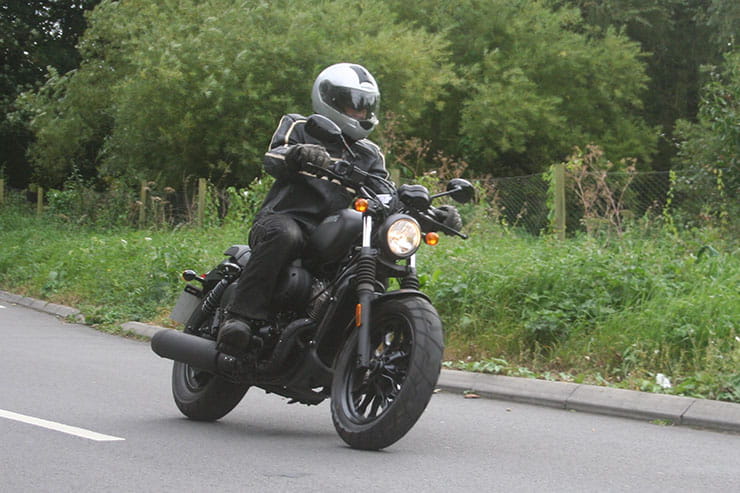 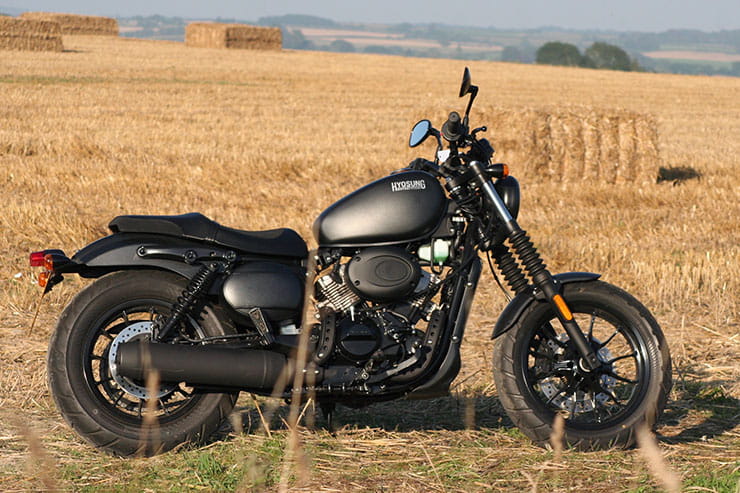 As a small cruiser the Aquila 300 has a lot going for it, especially as a first foray into the A2 class. It's light and easy to ride, economical and fast enough to be fun. Just as important in this class, it offers authentic styling and a V-twin motor, and for some that'll be enough. 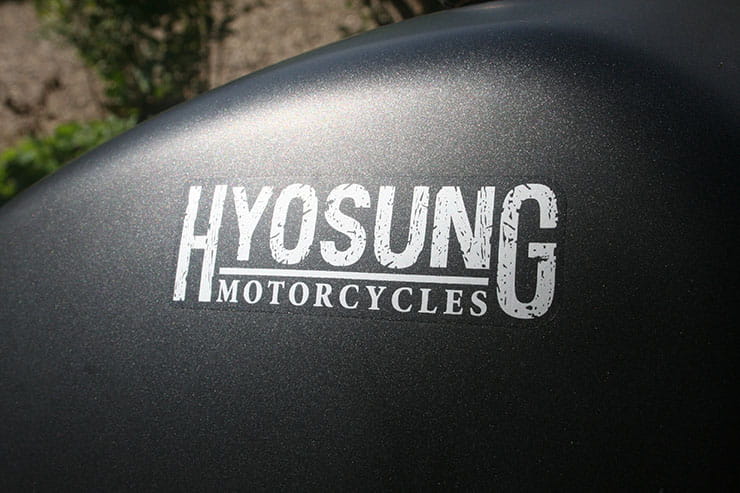