Life with a Honda MSX125 | His and hers Groms 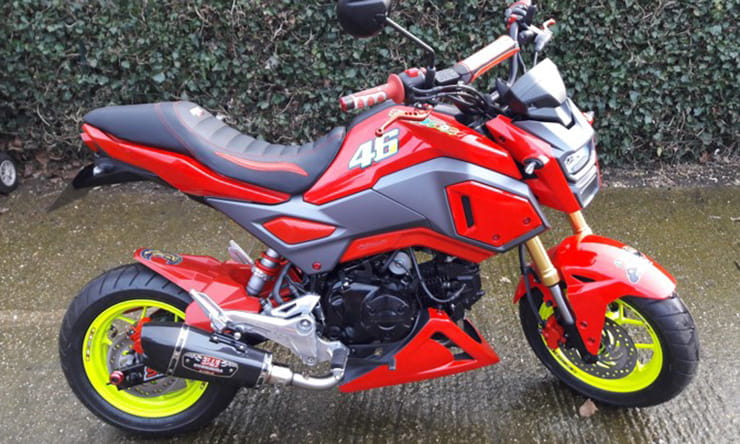 Paul Boult from Lincolnshire has been riding on road and motocross for nearly 44 years; “I bought my wife a Honda MSX125 in July 2016,” he told us. “I rode it a few times then decided I needed one as well!

“I normally ride 2015 Kawasaki Z1000, but to be honest it was a bit awkward to go out with her on her Grom. Both bikes came from Robspeed Honda in Grimsby – I got mine in November 2016.

“They’re just used for fun, but we do take them in the back of the campervan as well when we go away.

“The longest journey I’ve done on it has been about 100 miles. The standard seat isn’t very comfortable, so I wouldn’t want to go any further. Still, it’ll do about 160 miles on a fiver’s worth of fuel, which isn’t bad at all!” 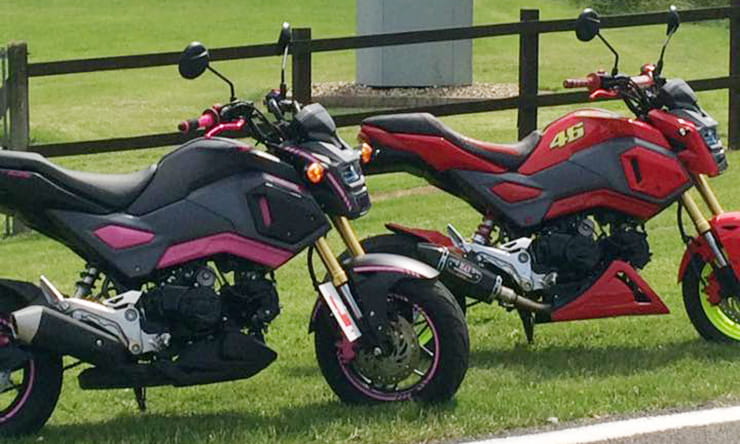 “The best thing about the Honda Grom is that they’re cheap and reliable, fun bikes. The only bad point to me is just the uncomfortable seat.

“I have modified mine a fair bit with an aftermarket seat, bigger handlebars, CNC levers, one-off Yoshimura exhaust (with the can from a YamahaR1), a few bits of colour-coding, day-glow yellow wheels, an aftermarket rear shock and reworked forks with heavier oil.”