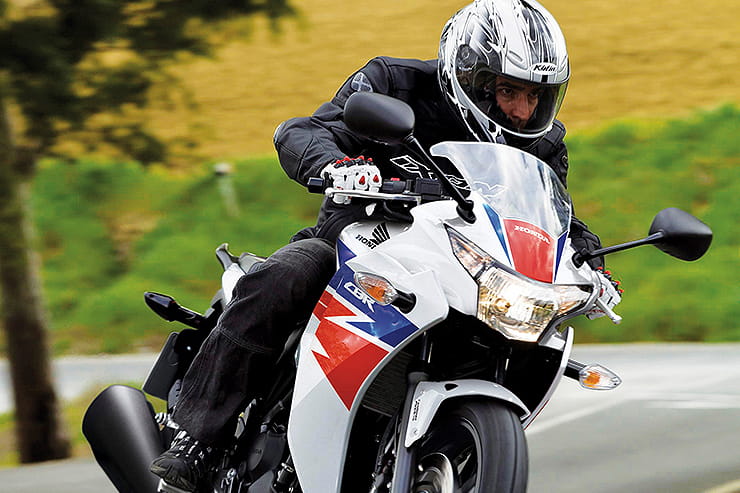 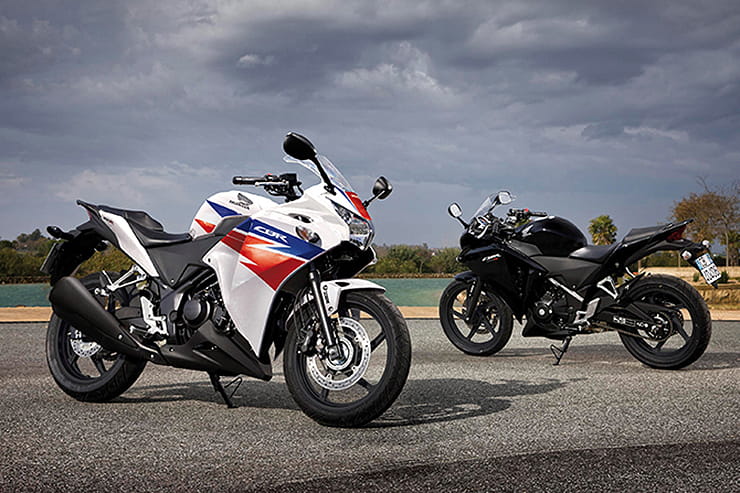 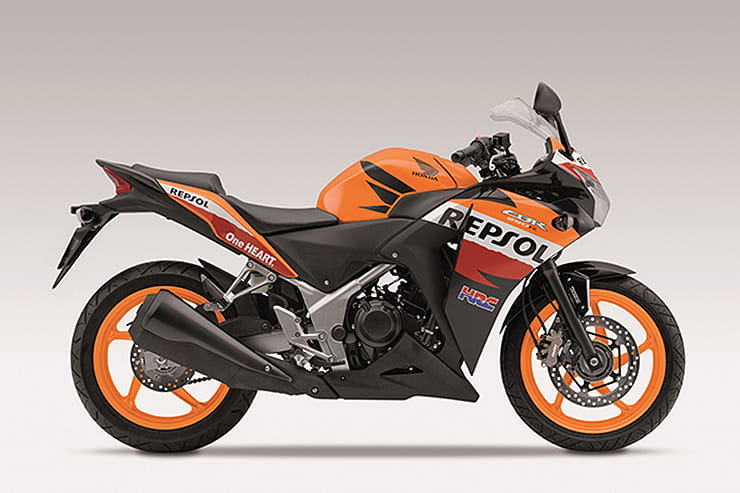 Designed to appeal to the restricted licence market in Europe and the rapidly expanding Asian scene, the CBR250R was launched in 2011 as an alternative configuration to the more commonplace parallel twins in this segment. The cheaper to produce single ensured a low retail price tag while the fact it also had less metal to lug around gave the CBR more agile handling than its rivals. Add to this some very cool race-inspired paint schemes, including a Repsol rep, and the CBR certainly makes for a tempting budget used run-around for anyone new to two wheels.

Costing less than £4000 brand new, the CBR250R remains at the low end of the A2-legal price bracket. Tired examples can be found on online auction sites for just over £1000 however you are better off spending a few extra quid and setting your sights at a bike costing between £1500 and £2000 to get a good one or £2500 for a beauty in a dealership. You pay for what you get and if you buy a bargain, expect a bit of gravel rash and probably no service history.

The CBR’s single cylinder motor makes a fairly acceptable 26bhp, which is enough to see 75mph on an open road. It’s not a bad motor but a few extra ponies to allow it to get closer to the A2-threshold of 46bhp would be nice. That said, back when the CBR was launched the learner limit was 33bhp, so you can’t hold that against it too much. The single has reasonable mid-range but again, with only 17.6lb-ft on tap it isn’t going to win any races. And it can be quite buzzy at the top end of its rev range.

Honda know how to build a solid motor and the all-new engine in the CBR is a very well-produced unit with few reported major failures. As well as twin cams, you get four valves, fuel-injection and liquid-cooling, which is a high spec for a budget bike. Service intervals are 4000 miles, which is about normal for a small capacity bike, and generally you aren’t looking at a bill of over £150 a pop for a full service. Valve clearances are checked at 16,000 mile intervals, which pushes the bill up by about £100. When buying used a service history is good, but don’t hold out for it, instead ask the owner about oils etc and see if they know their stuff or just run the bike until a warning light comes on! With small capacity bikes, a degree of mechanical sympathy from the owner is worth its weight in gold. Always check the radiator for damage as this is expensive to replace and also inspect the consumables such as chain and sprockets, tyres, brake pads etc as these can dramatically increase the bill should they need replacing. The CBR’s gearbox is solid, the clutch’s action lovely and light but the exhaust, which has quite a bit of emissions gubbins inside, can rot through so inspect it for leaks. Overall, mechanically the CBR250R is a safe buy. 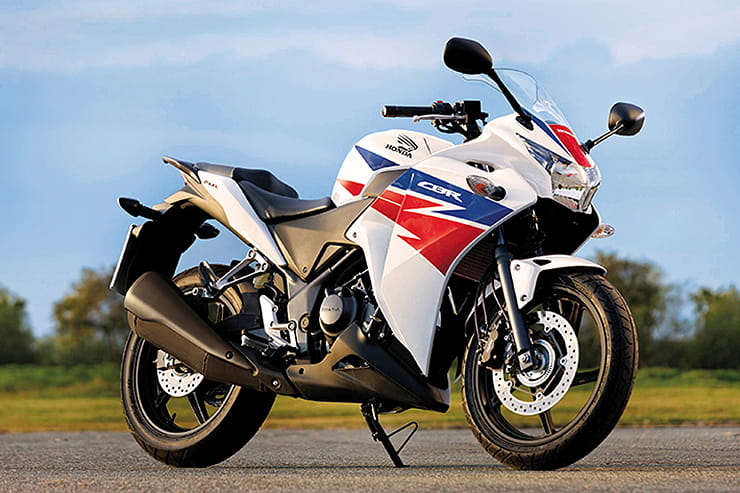 Honda claimed, somewhat optimistically it has to be said, the CBR could average 76.3mpg and that it had a tank range of nearly 220 miles as a result. In a city maybe but on the open road you are looking at closer to 65mpg and about 180 miles to a tank. This isn’t bad and the CBR is also cheap to insure, making it a good buy for frugal riders.

Weighing just 161kg the CBR is a very light and agile bike that is akin to an inflated 125cc to ride. The single cylinder motor makes it very narrow, meaning that its low 780mm seat height feels even closer to the ground, and it is very reassuring as a result. But there is a downside. The CBR’s lightness can make it feel a bit skittish where heavier bikes are more connected to the road’s surface and the suspension is pretty basic in its damping qualities. If you are just looking at hacking through traffic it is perfectly acceptable, however it isn’t as composed or sporty as rivals such as the Kawasaki Ninja 250/300/400 or the Yamaha YZF-R3. Don’t be fooled by its cool looks, the CBR250R isn’t really a mini sportsbike.

Combined ABS was an optional extra on the CBR, which links the front brake control to the rear brake to help prevent lock-ups. It’s not great but also not horrific and new riders will probably find it reassuring to have. The single front disc provides adequate if not outstanding braking performance but the two-piston caliper is prone to seizing on its slider if used during winter and corrosion sets in, so get the front in the air and listen for a dragging pad when you spin the wheel. Refurbishing the unit isn’t that costly or hard to do. 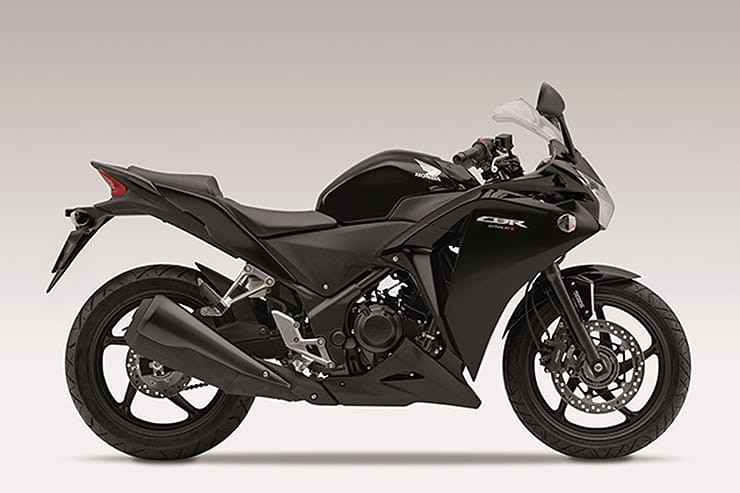 A roomy riding position means that taller riders are accommodated by the Honda and the full fairing is surprisingly effective, offering a decent level of protection. If you have to cover distance the CBR isn’t bad in terms of comfort as the baggy suspension is quite soft, however there is a bit of a buzz from the motor when you are continually high up the rev range, which is annoying. You wouldn’t tour on it but if you are a newer rider and fancy a 200-mile trip, the CBR is more than happy to oblige. And do it on a single tank of fuel!

Combined ABS was an optional extra on UK bikes, so search out one with it fitted if you want this safety net, and be prepared to pay a touch more as it is quite desirable. When buying used, always check that the dash’s LCD display is working correctly and its backlight is still there as there are a few cases of them going wayward. Pleasingly, you get a fuel gauge as standard on the Honda. In terms of accessories, Honda sold a variety of carbon print accessories as well as a tank pad and paddock stand but you are better off hitting the online auction sites as the CBR’s popularity in Asia means you can buy lots of goodies ranging from exhausts to fairing kits – none of which break the bank!

The CBR250R looks good and is a cheap learner-legal machine. But it isn’t as cool or sporty as its rivals and it is also lacking in power when compared to them, meaning the updated CBR300R is a better buy for only a few quid more. If you want cheap motoring and aren’t worried too much about speed, it is a good option but treat it as a cheap stepping-stone bike that you will outgrow in a year’s time and quickly hanker after moving up to bigger and better things.

Three things we love about the CBR250R… 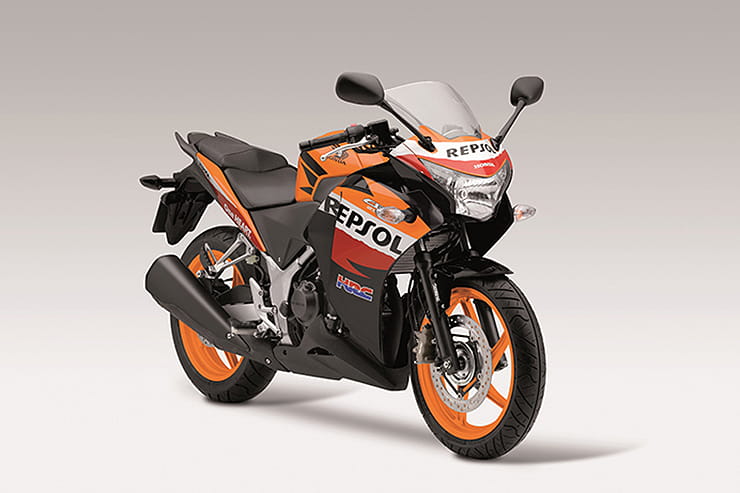