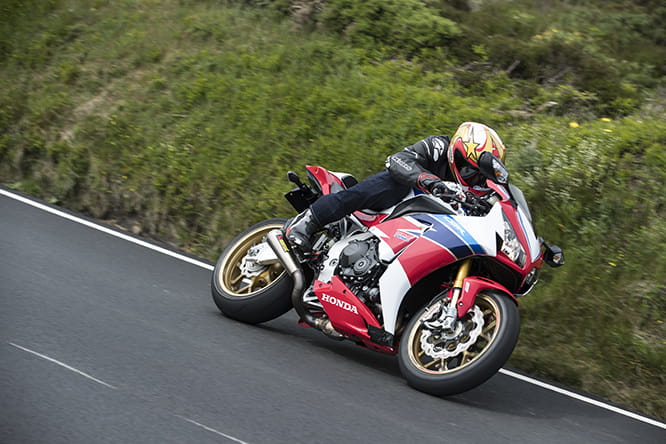 Now in its 6th continuous year, the Honda CBR1000RR is still a race winner, as 23-times TT winner McGuinness showed last year with his astonishing 132.701mph lap-record to win the Senior TT. And I wouldn’t put it past him to  do the same again in Friday’s Senior TT.

But, in road bike form the Blade isn’t as cutting-edge as the latest breed of 200bhp superbikes. It has no electronic traction-control as such, and on a dyno makes in the region of 167bhp compared to mid-190bhp for most of its rivals. But in the real world the Blade is still a stunning motorcycle and a very capable road bike. And in its latest limited-edition TT-edition Fireblade SP version it’s even more so. 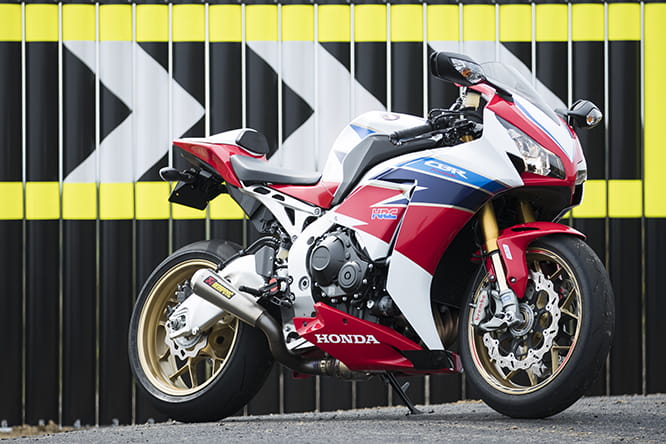 The bikes are being used as the travelling marshall’s bikes at the Isle of Man TT between races this year, and Honda tell us that out of 50 built that 20 are still available to buy.

Okay, it’s not radically different but the changes make the already beautiful Fireblade SP into something worth keeping.

It’s no secret that Honda will replace the Blade for 2017, with plenty of rumours suggesting it will be a V4 and that three versions will be available – a standard bike, an SP and an HRC-spec race bike. It’s also widely rumoured that the bike has already been extensively tested in the UK and on Spanish tracks.

But for now we have the old faithful and it’s still a weapon in the right hands. Based on the Ohlins-clad CBR1000RR Fireblade SP the suspension makes the bike feel special. On-the- road and the bumps in and around the Isle of Man it soaks them up like a thoroughbred race bike. Soft, compliant and quality. It may not have any electronics but you have to ride it like a real sports bike. With a bit of extra mid-range stomp the bike will rear its front-wheel on the mid-range, and at slower speeds it’s smooth, easy-to-ride and typically-Blade. That sound is pure TT too. There’s no anti-wheelie, nothing to stop the rear wheel sliding, its just a big torquey motor and in the real world it has plenty of stomp.

On the Isle of Man during the TT the bike gathered so much attention when I was riding it around after prising it from the hands of TT rider training main man and former TT-winner Milky Quayle. Parking it at the Creg got blokes in cars giving it the thumbs-up and riders wanting to look at it, not just because it was running a massive number 8 as its number plate. The HRC colours, that Akrapovic low-level MotoGP-style pipe, limited-edition stamped TT2016 Gilles FX brake levers and Gilles MotoGP lever guard on the right-hand side. There’s also a pair of Gilles TCA chain adjusters and crash bungs, and wavy discs. The Brembo brakes feel strong with lots of feel at the lever and with the adjustable Gilles levers you can use just one finger even at speed.

The TT Fireblade is priced at £16,999. Honda say that around 20 bikes are still available for sale, but be quick. 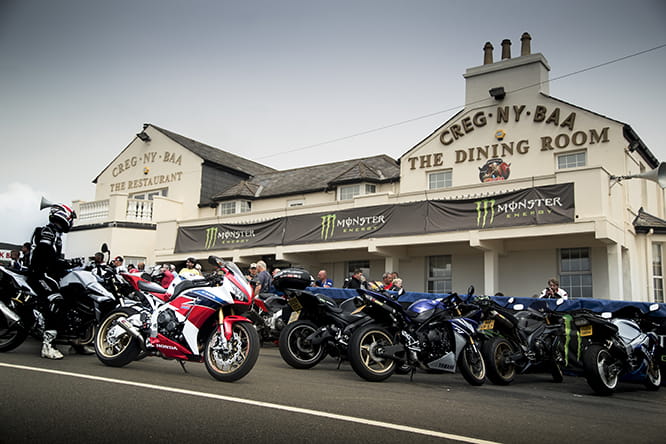 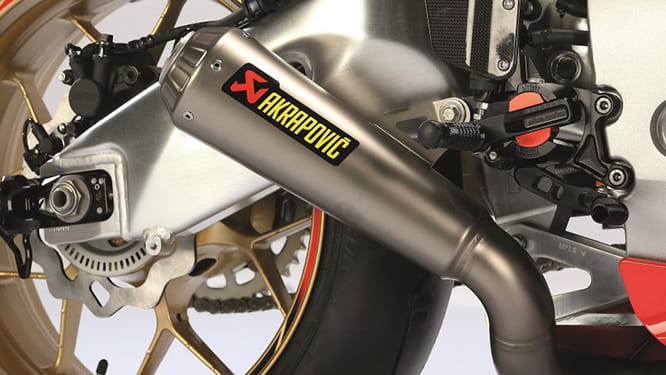 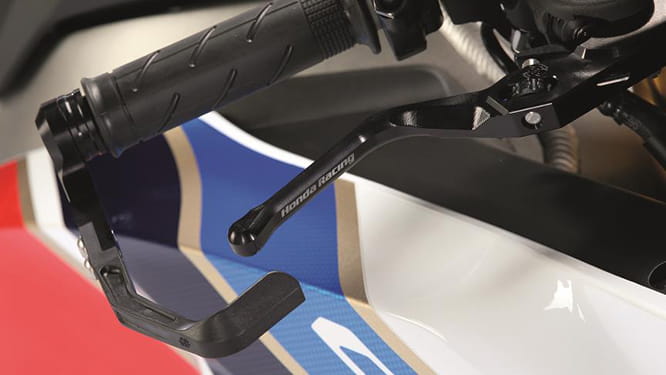