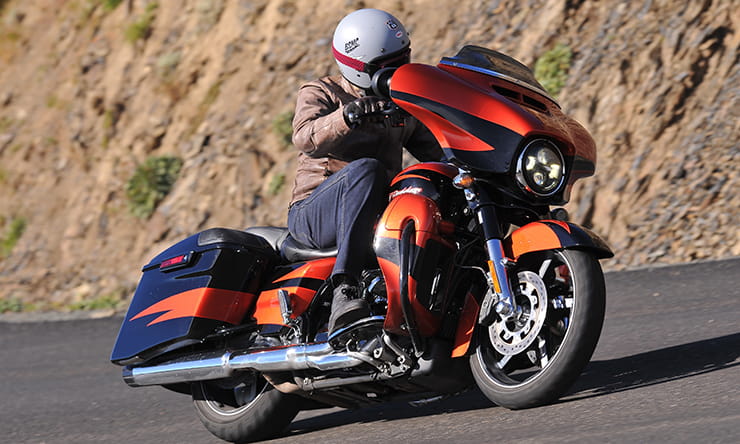 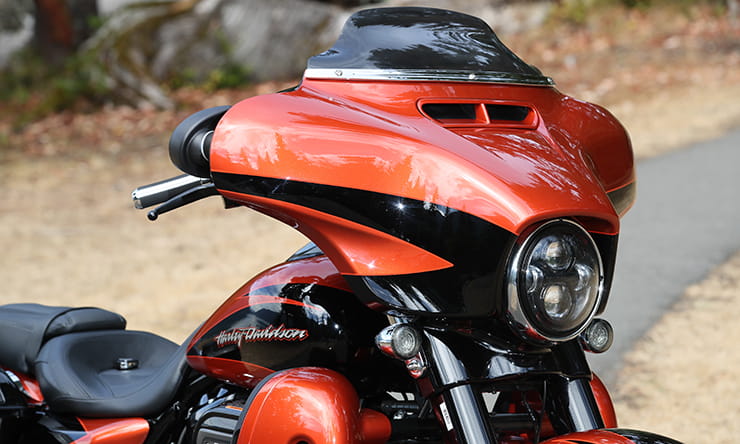 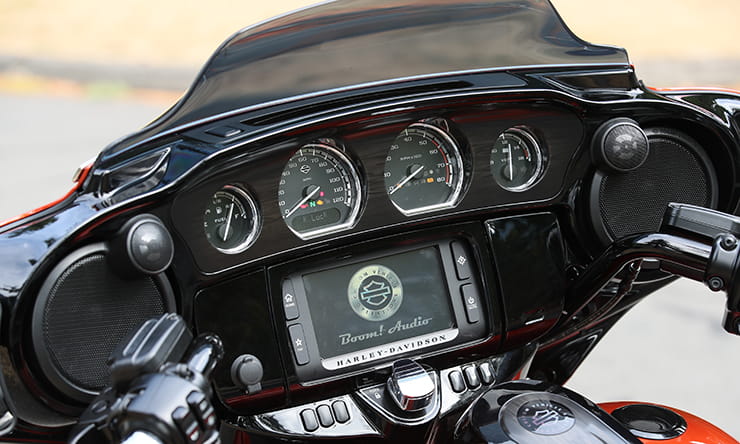 Think of a Harley CVO, or Central Vehicle Operations, motorcycle as a special ops bike. It's the SAS of Harley-Davidson, minus the killing and hostage situations. They’re the SP or R version of Harley-Davidson where the CVO design team really get to show their talents and unleash some budget to make CVO bikes the special Harleys.

CVOs are so special that they rarely lose any money and are in such limited supply that dealers fight over making sure their customers can get their hands on one. And this is the latest 2017-model, just released in America, and only a handful are coming over here.

And fine it is too. Using the Harley-Davidson Street Glide as its basis the CVO Street Glide uses an all-new 114ci (1868cc) air-cooled V-twin Milwaukee-Eight motor. The motor is so-called because it features eight valves and as it’s CVO the capacity is up from the standard Milwaukee-Eight’s 107ci (1745cc) motor. It also gets Screamin’ Eagle cams, Screamin’ Eagle air filter, pipes and a load of extras. For example, there’s an upgraded Boom Audio infotainment system that features sat nav, iPod and USB connection, Bluetooth, Sirius digital radio and extra tweeters in the dash, plus pannier top speakers and two 300-watt amplifiers to give the bike some real musical presence on the move. It’s kickin’ in fact, even with the country music I could find when testing the bike on the roads near Port Angeles in Washington state.

And if you don’t hear it coming through those loud black-end capped pipes, one look at it will tell you it’s a CVO bike.

The lairy hand-painted bodywork is incredibly detailed and every bit as expensive as going to get your own bike painted. The detailing is beautiful right down to the aggressively-shaped Harley badging on the tank and the way the colour takes on different hues in different lights. The grips are CVO black and chrome, so are the footboards, the pillion pegs and a blacked-out screen. You’d struggle to think what else to change on this CVO and that’s the idea – it’s a factory custom with all the thought done by Harley’s CVO team so you don’t have to change anything.

The wheels are chromed-up five spokes, there’s LED rear brake and stop lights, a one-touch fuel filler, chromed 114 engine cover, custom seats, and black wood inserts on the tank and the dash surround. The attention to detail is impressive everywhere you look.

Even the suspension, featuring new pre-load adjustable rear shocks, and new big piston Showa front forks, is dropped by one inch over standard to give the bike a meaner-looking attitude. 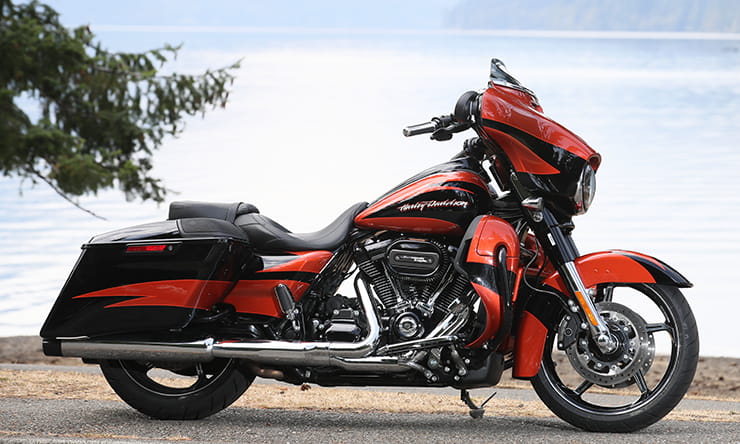 It sounds fantastic too. All rorty and angry, without being ridiculously loud.

The handling is sharper thanks to the new shocks, yet even with the lower ride height it doesn’t scrape anything in a hurry. The Street Glide is one of my favourite Harleys as it can be cruised or toured and looks right doing either. But with its chopped-down screen, 200+ mile tank range, and big luggage capacity from the side panniers, the CVO Street Glide is every bit as practical as the standard bike, if you’re prepared to clean it and all that detailing afterwards!

That's if you ever get the chance, as Harley-Davidson UK say that buyers are already lined-up for the bikes coming into Britain. 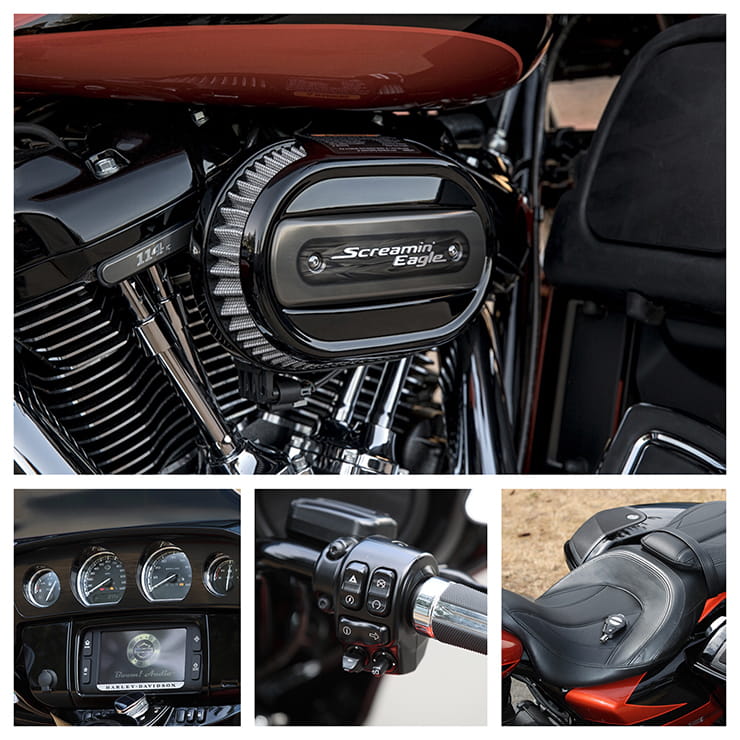