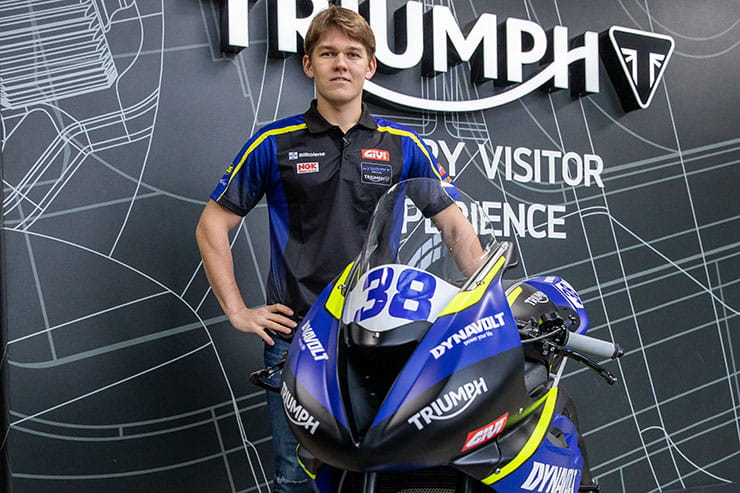 Triumph Motorcycles has officially confirmed it will return to international racing for the first time since 2012 after announcing its entry and first rider signing for the 2022 WorldSSP Championship.

The Hinckley firm has long been tipped to re-enter the intermediate production ranks after developing the Triumph STR765 - a faired version of its Street Triple 765 RS - to race in the British Supersport Championship as part of a pilot project instigated by the FIM to judge balance of performance against its 600cc counterparts from Yamaha and Kawasaki.

That project has led to a major overhaul of the WorldSSP regulations to allow larger engined motorcycles to enter. It means the venerable Yamaha R6 and Kawasaki ZX-6R will be joined by the 959cc twin-cylinder Ducati Panigale V2, the 798cc triple-cylinder MV Agusta F3 800 and the Triumph.

It will be Triumph’s first full factory backed effort since a brief WorldSSP stint between 2008-2012 with the Daytona 675, though several privateer teams competed competitively with it in the ensuing years. 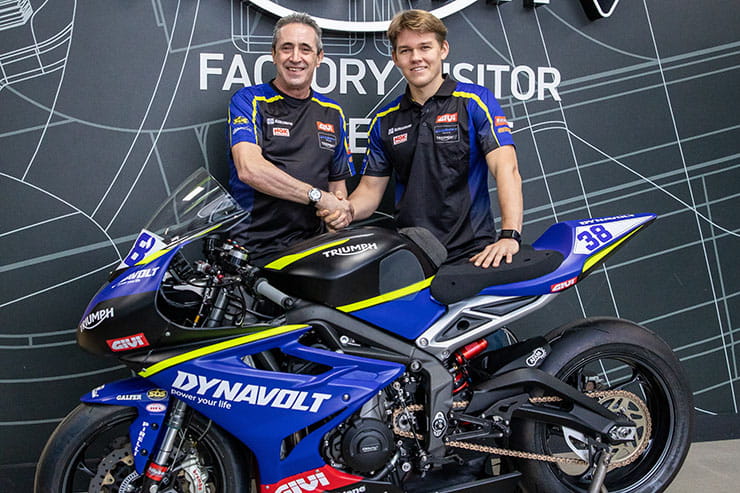 As well as announcing its entry, Dynavolt Triumph - which is being headed up by Simon Buckmaster’s Performance Technical Racing (PTR) outfit - also revealed its first signing in Hannes Soomer.

The Estonian racer has competed in WorldSSP since 2018 after winning the European Supersport Championship sub-class a year earlier. To date he has scored three podiums with a best overall finish of ninth in 2020.

“I am very happy to join the Dynavolt Triumph team for the 2022 season. I truly believe in the bike’s potential and the team’s experience and am sure we can find a good way to work quickly.

“This year will present some new challenges with the new regulations which makes it very unpredictable and interesting. I can only say we will give it our all and I can’t wait to start testing and really working for the season ahead.” 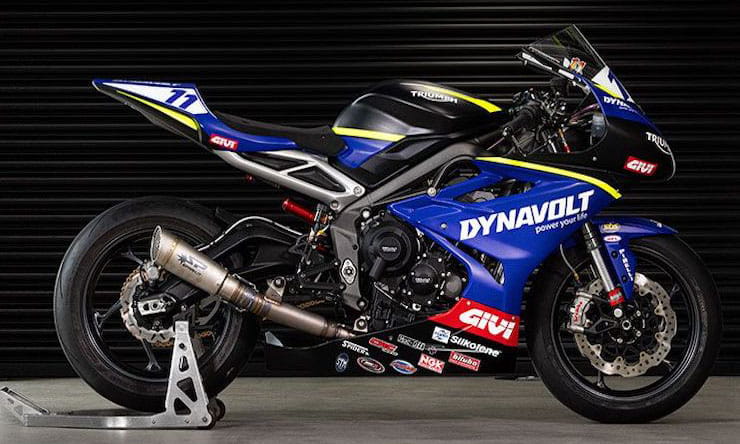 Why curious Triumph STR765 exists outside the regulations

One of the interesting quirks about Triumph’s return to WorldSSP is that it will do so with a motorcycle that - technically speaking - doesn’t exist.

Fundamentally, the machine is a Street Triple 765 RS naked - as it is sold to the public - but with a fairing borrowed from the now discontinued Daytona sportsbike, hence the slightly codenamed STR765 moniker.

It means the machine - which uses the same engine that powers the entire Moto2 World Championship grid - has had to receive special dispensation to compete since it doesn’t ‘strictly’ meet homologation criteria of production demands.

This ‘could’ mean Triumph has promised to produce a certain number of STR765 special editions down the line or it has been given a ‘hall pass’ as gratitude for its legwork in 2021. More interestingly, it could prompt some other manufacturers who have shied away from typically low volume sportsbike models in favour of turning one of their roadsters into a de facto sportsbike for racing.

“We are really pleased to announce that we have come to an agreement with Hannes Soomer for our official Dynavolt Triumph team,” said Buckmaster.

“To be honest I’ve been watching Hannes’ progress in recent years and have spoken to him the last couple of seasons about the possibility of signing for our team so I’m pleased that for this year we’ve been able to make an agreement together.

“Hannes has already had podiums in 2020. Last year he broke his leg early in the season and came back impressively from that. I believe the potential is there, he has the experience and he believes in our team and the Triumph project. We are excited to get started with testing and looking forward to the early part of the championship.

“Our aim must be to challenge towards the front and ultimately for the podiums and the title. I think he is going to surprise a few people - not everybody because there are a few of us who realise his talent - but he is going to be a surprise. I’m really looking forward to it.”