MotoGP Round 8 Summary & Round 9 TV Schedule 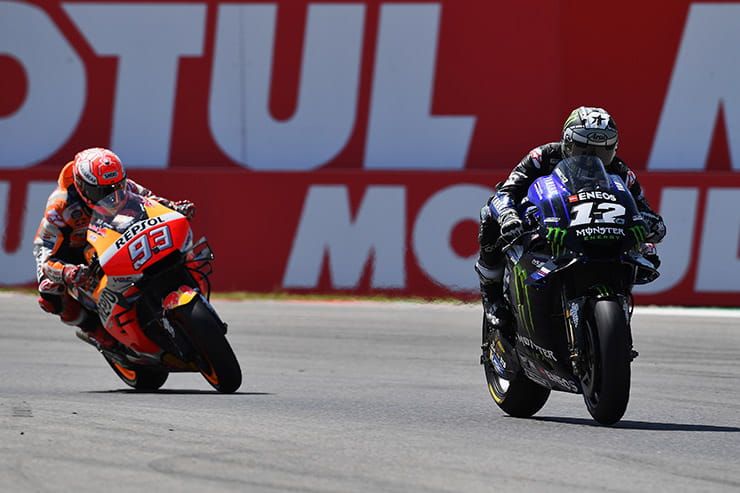 Qualifying bragging rights were once again with French rookie, Petronas Yamaha's Fabio Quartararo who set a blistering pace and a new all-time lap record of 1'32.017 to take pole position for Sunday's race, ahead of Monster Yamaha's Maverick Viñales and Suzuki's Alex Rins, who progressed from Q1 to take his front row position. With Honda's Marc Marquez qualifying in fourth and Yamaha's Valentino Rossi way back in 14th after failing to progress from Q1, it was anyone's guess what race day would bring.

The shocks continued soon after the lights going out as Suzuki's Alex Rins took the lead on the opening lap before overcooking it on lap 3 and heading for an early bath. Concluding a dimal weekend, Rossi hit the deck on lap 4, scoring his second consecutive DNF. Meanwhile, at the front of the field, Quartararo had retaken the lead and was looking to record his first win at the senior class, but Yamaha's Maverick Viñales had other ideas and, lap by lap, was eating in to his lead. By lap 14, he had taken Honda's Marc Marquez, and just two laps later took the lead. Renowned for his late race pace, Viñales looked strong and confident and by the chequered flag his first win of the season was delivered with a lead of nearly five seconds. Marquez, following Viñales past Quartararo took second, leaving the rookie to take his second podium of the season.

Britain's Cal Crutchlow finished in a lonely seventh, with a four second gap ahead and six seconds back to Joan Mir.

The Moto2 race was perfect illustration of hard work and perseverance paying off with Spain's Augusto Fernandez starting from 13th on the grid. With two steps forward and one back, he slowly by surely worked his way to second place by half-race distance and on the penultimate lap, took the lead. A tangle between championship leader Alex Marquez and Lorenzo Baldassarri with a lap and a half to go meant that Fernandez kept his lead to the line and scored up his first win of the season ahead of Red Bull KTM's Brad Binder and SKY Racing VR46's Luca Marini.

With all the action at the head of the pack, it was easy to miss Tom Luthi finishing in fourth place, but with Marquez out of the race, and another 13 points in the bag, this now puts Luthi six points clear at the top of the table.

In the Moto3 race, consistency was the name of the game as VNE Sniper's Tony Arbolino, starting in third maintained his position in the top four for the entire race. When races can be decided by a single corner, this was no mean feat and one which richly rewarded Abolino who chalked up his second win of the season. Leopard Racing Lorenzo Dalla Porto helped his title bid with second place, bringing him within seven points of the lead, and Jakub Kornfeil recorded only his fifth podium in his ten year Moto3 career.

Britain's John McPhee crossed the line in fifth, while Tom Booth-Amos returned to his role of tail-end-Charlie to bring his CIP Green Power KTM home dead last in 23rd place. 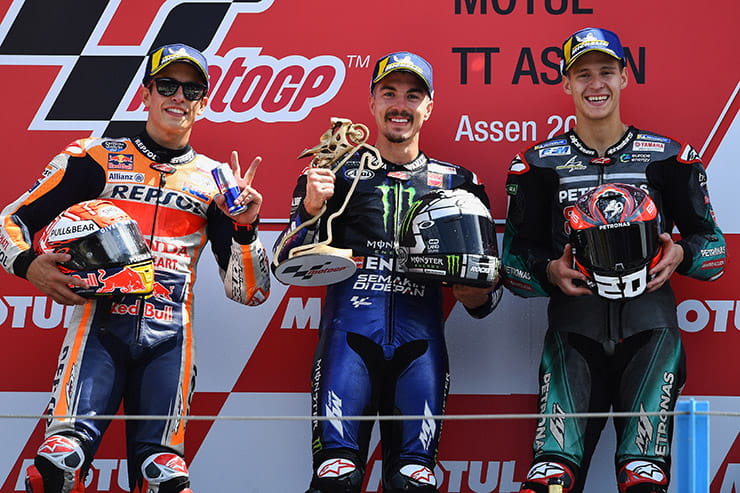 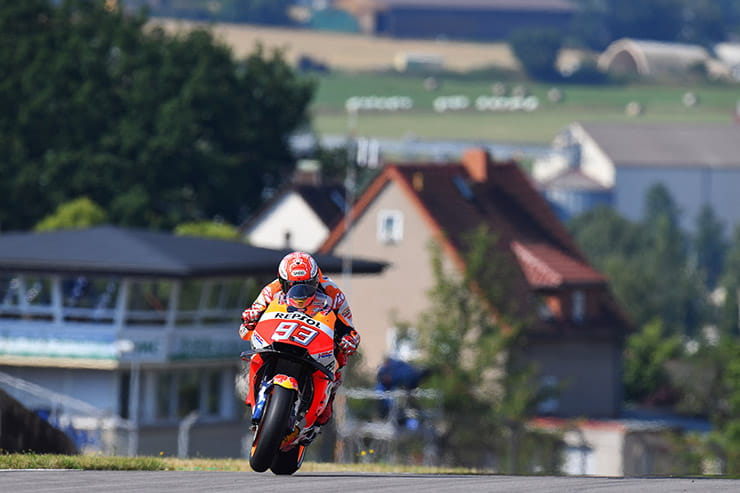 The season continues this weekend with the HJC Helmets Motorad Grand Prix Deutschland at the Sachsenring Circuit, Germany.

This round also sees the debut of the delayed Moto-E class, so the action will be thick and fast all weekend.

Here's this weekend's TV schedule. As usual, live coverage is on BT Sport 2, with highlights on Quest on Monday evening.