MotoGP Round 9 Summary & Round 10 TV Schedule 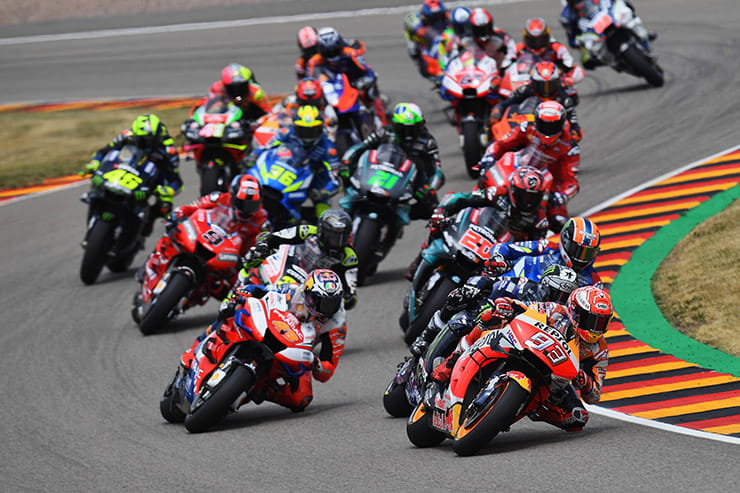 The MotoGP season resumes this weekend following a month's summer break. In case you can't remember that far back to the last race, or just missed the action from Germany, here's a quick recap of what happened:

The Sachsenring has always been good to Honda's Marc Marquez, and 2019 was no exception for the Spaniard. Starting from pole, Marquez led for the whole race and secured his tenth consecutive win at the Saxony circuit.

Yamaha rider Maverick Viñales's recent return to form continued with a front row start and good race pace right from the start. Despite some mid-race battles with first Alex Rins (Suzuki) and then Britain's Cal Crutchlow, Viñales held on to second place at the chequered flag, giving his championship challenge a much-needed boost.

Starting from sixth on the grid, and nursing a serious knee injury from a cycling mishap, Honda's Cal Crutchlow battled through the field to take the final podium place, equalling his season opening performance in Qatar (where incidentally he was also nursing a foot injury, as well as a sore bum cheek from a coming together with someone's footpeg - ouch!).

Taking a leaf from his brother's book, Alex Marquez (EG 0,0 Marc VDS) ended qualifying on top, giving him pole for Sunday's race, but was unable to fully capitalise on his advantage, finding himself back in fifth place by the end of the first lap. Marquez was soon working his way back to the front though, and by lap 7 had regained the lead.

Despite a late charge from South African Brad Binder (Red Bull KTM Ajo) and outsider Iker Lecuona (American Racing KTM), Marquez held on the lead, finishing the race 1.2 seconds ahead of Binder, and retaking the championship lead from Tom Luthi, who finished in 5th place.

Britain's Sam Lowes finished the race in 11th place, securing five points, while 2018 Bennetts BSB runner-up Jake Dixon had a weekend to forget, crashing out on the opening lap.

The usual free-for-all that is Moto3 saw less than a second cover the top ten finishers after 27 laps of utter racing chaos.

In the delayed inaugural MotoE race, Ajo MotoE rider Niki Tulli (Finland) was able to capitalise on his pole position to take the first ever MotoE despite a race long battle with Britain's Bradley Smith (One Energy Racing) who secured second ahead of Frenchman Mike DiMeglio (EG 0,0 Marc VDS). 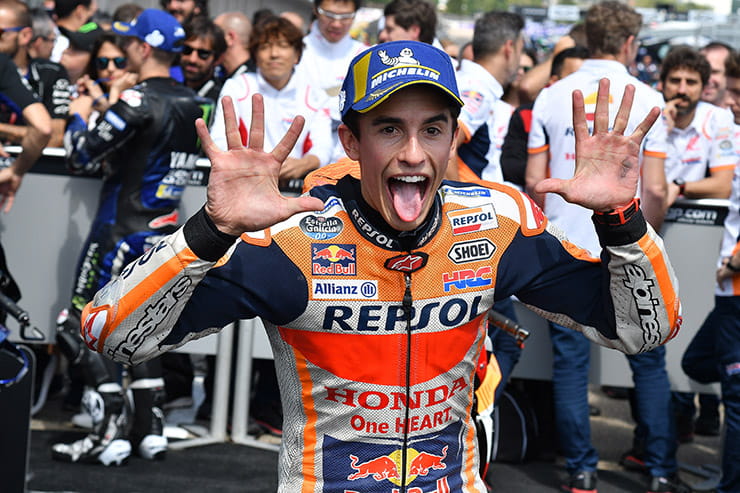 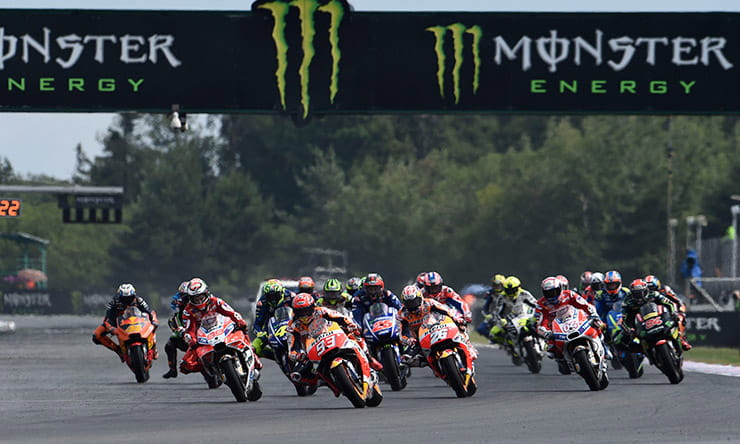 The season resumes this weekend with the Monster Energy Grand Prix České Republiky at the Automotodrom Brno, Czech Republic.

Here's this weekend's TV schedule. As usual, live coverage is on BT Sport 2, with highlights on Quest on Monday evening.