Dovi needs to win with Marquez 12th at best: stranger things have happened. 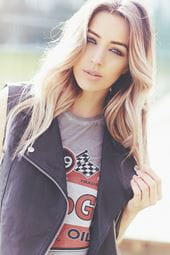 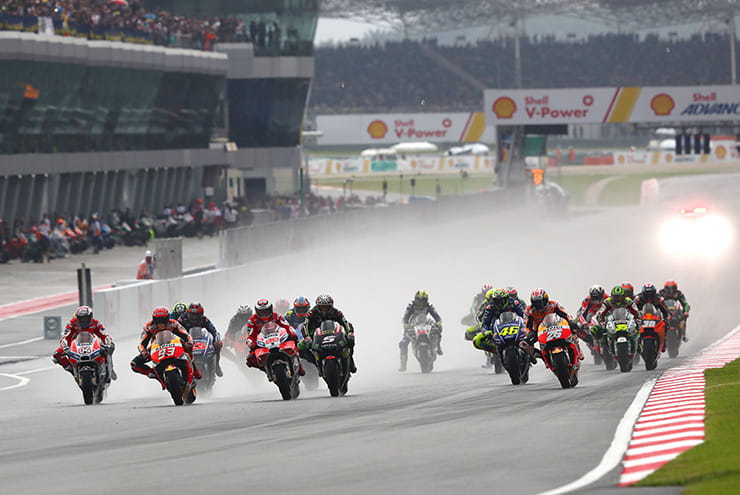 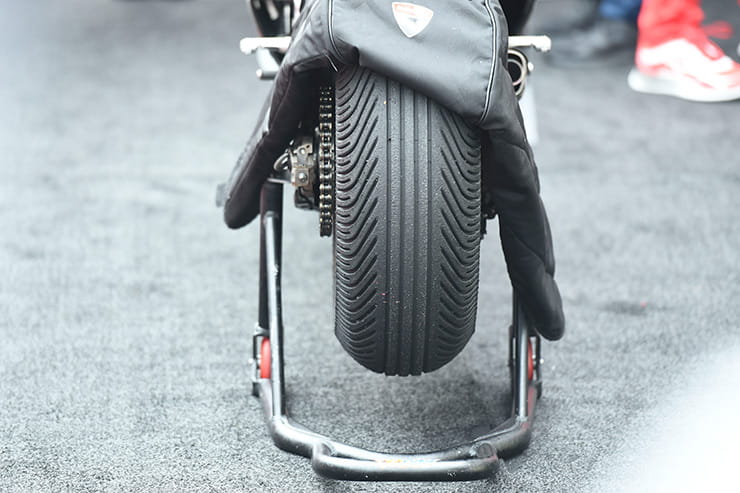 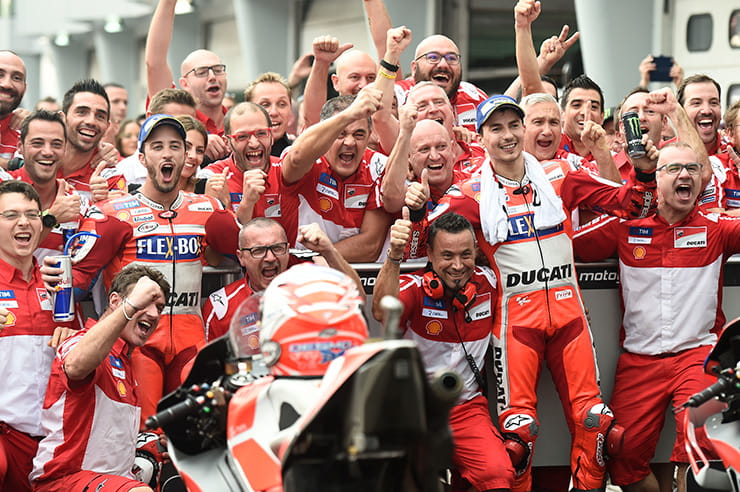 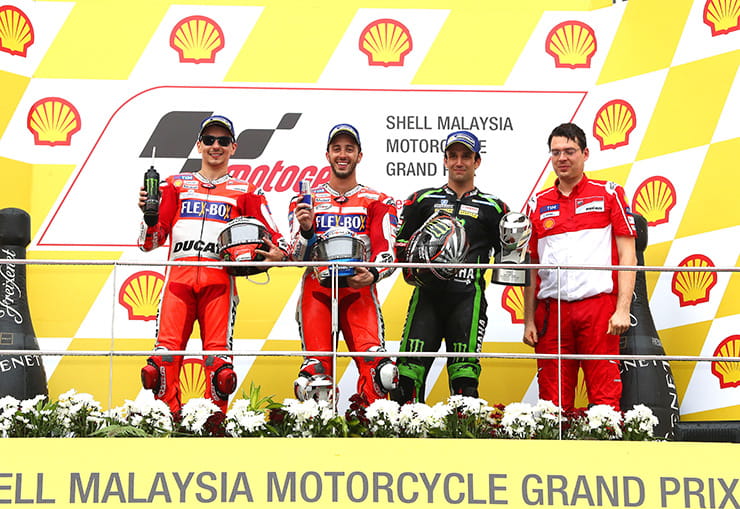 In modern MotoGP history, the championship has only gone down to the wire on three other occasions, the most recent being in 2015 between the then Yamaha teammates; Jorge Lorenzo and Valentino Rossi.

Valentino went into Valencia with a seven-point lead but a crippling punishment for the antics in Malaysia with Marc Marquez. He was dealt with a 3-penalty point sanction but due to a previous infraction of the rules the Italian was slapped with a back of the grid card for the showdown.

It seemed impossible, there was no way that The Doctor was going to come all the way through the entire field to beat Jorge Lorenzo who was primed on pole position. Ok we know the history already so we know he didn’t get that elusive tenth title, but what you may have forgotten is the part where out of a field of twenty-six riders, he finished fourth.

By Ducati going one, two in Sepang and Marquez finishing off the podium has kept Andrea Dovizioso’s dream alive for one last dance. The Italian, well known for his level headedness and pragmatic approach to all that we see of him, had discounted himself somewhat before the Malaysia weekend had even started. With the thirty-three-point gap, the odds just didn’t really lay in his favour to extend the title fight beyond Sunday’s Sepang race but whether it was just me or there really was this general feeling of optimism surrounding the weekend, it was as if everyone sort of was on the same “never say never” MotoGP bandwagon.

Marc didn’t have a spectacular Friday but it wasn’t dismal either, Dovi clearly had a slight advantage in the dry and even more so in the wet but then we moved on to Saturday where by Marc’s standards it wasn’t great. He saved that huge moment (if you haven’t seen it yet then go check it out) during FP4, he crashed in Qualifying and for the first time this season would start off the front two rows. He laughed off probably one of the worst qualifying days of his career but I think we saw in warmup, his boat had been ever so slightly rocked. Dovi on the other hand looked in control. The start of the race was a huge turn of the tables, Marc charged amazingly off the line whilst Andrea’s was pretty sluggish. It looked as though Marc was doing as expected of him and throwing everything at it but that as we know all changed.

My colleague and MotoGP commentator Matt Birt describes Marc quite aptly as “the ultimate risk taker”. This is a season where Marc Marquez if he is crowned world champion in Valencia, will be the first rider to do so with three DNF’s since Mick Doohan in 1998. The Spaniard is 21 points clear and in theory is fairly home and dry. Even if Dovi wins, Marc would only need to finish 11th. If Andrea wins and Marc finishes 12th, then the Ducati man would actually win the title on count back!

These all sound like fairly wild scenarios but at that same time I wouldn’t like to sign my name to something to say that they could definitely not happen. There have been stranger and more bitter twists of fate in the history books. They have both been fabulous opponents, it will be sad to see this season and story come to a close in two weeks but this year I feel like you could really say that it won’t be the best man that wins because they’ve both been equally inspiring and entertaining, so instead may the best men put on one last showstopper.

See you in Valencia. 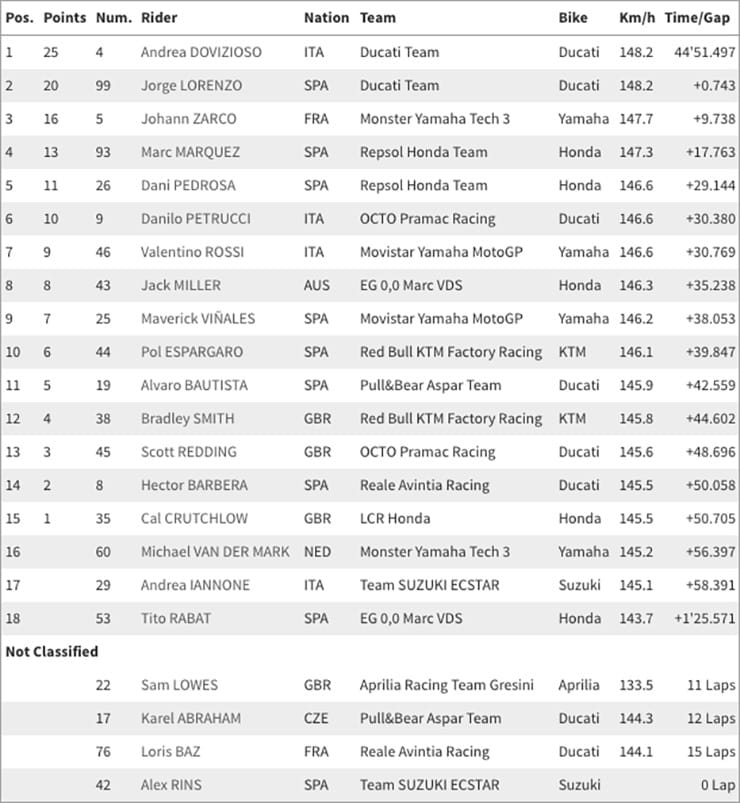 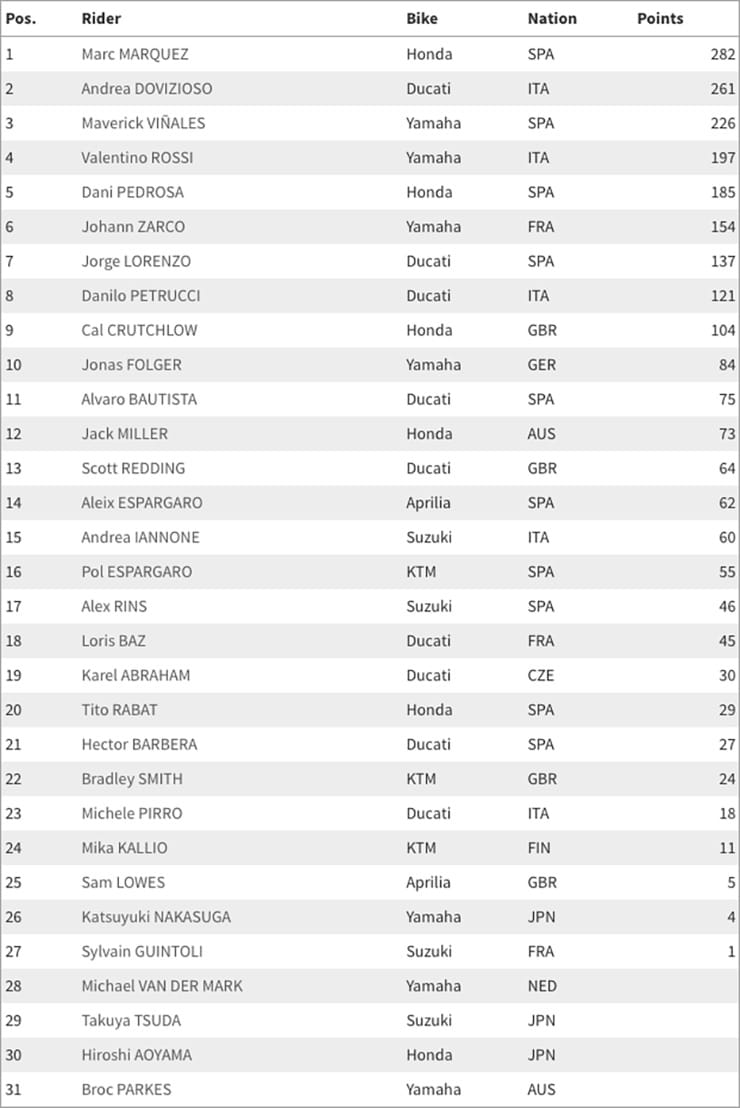 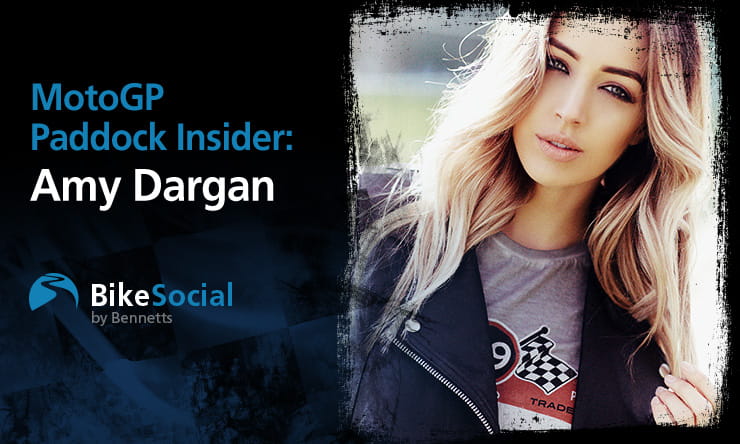