Wayne Gardner: "MotoGP riders more guarded because of Formula One" 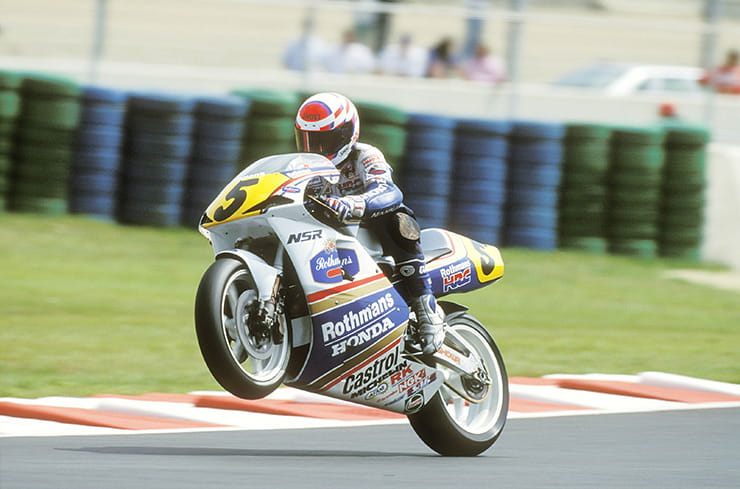 It was the period known as the ‘second Golden era’ and in 1987, Gardner was its king - well, its World Champion, at least.

Fast forward a few decades and the Australian star is still heavily involved in racing. This weekend, the former World Champion will be appearing at Brno for the Czech GP. And it’s proving to be a hotly-anticipated weekend.

And that’s because this season - perhaps more than any other in the last few years - sees the potential champion being not just one of two or three riders, but one of five jockeys. And all of equal talent - albeit with very different skills on track.

Marc Marquez, Maverick Vinales, Andrea Dovizioso, Valentino Rossi and Dani Pedrosa each have a shot at being crowned champion, which makes for very exciting racing, as Gardner says.

“But I wouldn’t say they were any better than we were in the past because they are on different machines and technology has changed and improved. I think there is always a handful of good riders and that doesn’t change. It doesn’t matter what era.”

For this season, Gardner’s eyes are on Vinales and Rossi. “I think that Vinales is an exceptionally talented rider with his head screwed on. He’s a very skilled rider and he’s on a very good Yamaha and I think he’s going to pop back up. All riders go up and down in the championship in the results and I think he has a possibility of winning.” 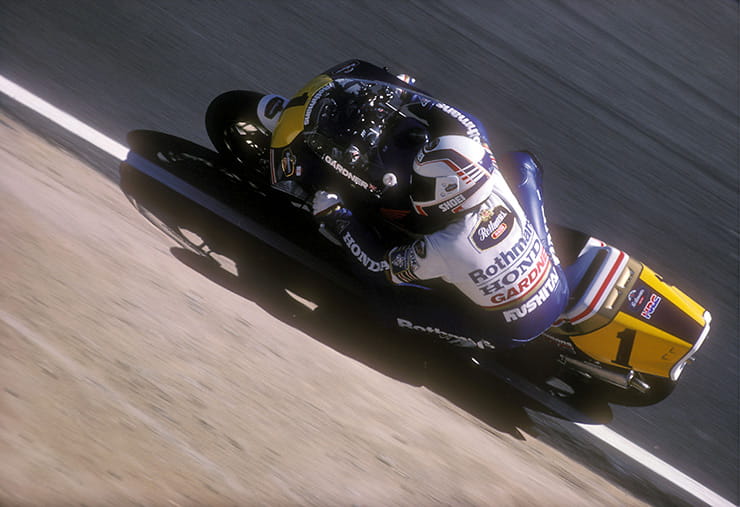 But what about Marquez?

“Marquez just has big balls,” says Gardner. “I wouldn’t say the bike is very good but he just over-rides it every time. He has a tendency to make mistakes but he certainly has a chance of winning it.”

“And you never know,” he says, pondering the other contenders. “There’s the wily old fox Vale. When he’s under pressure Rossi comes out and performs so don’t write him off. I think he’s the wild card amongst the crowd.”

While this season’s racing is proving exciting, however, Gardner thinks there’s an absence of joi de vivre in the paddock. “I think they need more characters. Rossi is a character but the rest are all a bit quiet.”

Gardner puts this down to the influence of Formula One.

“I think the fact riders are more guarded is a wash-up effect from Formula One. And everyone regards Formula One as the pinnacle of motorsport and everything must be more tailored like Formula One and in one way I think that that is correct, in particular the TV but I still think that the riders could be out there and doing more and being more involved with the general public. In general, we just need bigger characters.” 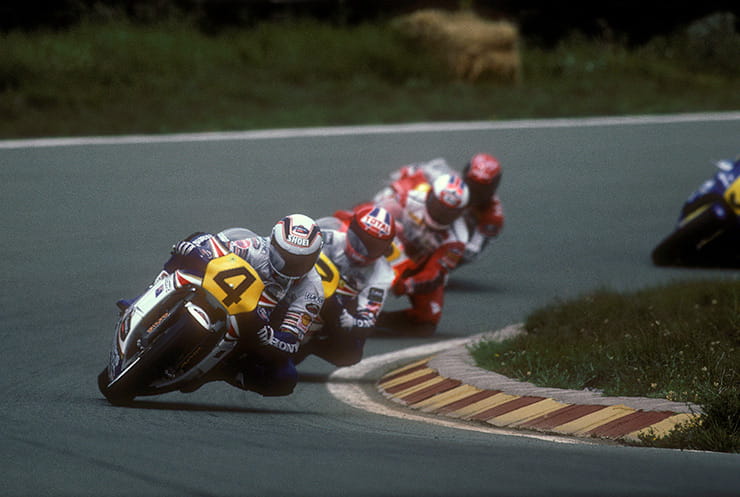 “We were virtually allowed to say what we want and do what we want. As you probably heard there were many parties and good times. It was a different era and it will be hard to replace. It’s why everyone regards the 1980s and early 1990s as the ‘golden era’. I was lucky enough to be part of it.”

But when pressed for an example of the hedonistic 1980s, Gardner closes-up.

“I couldn’t tell you that…,” he says. “I’d be locked up. But I just think it was generally better because everyone was really friendly and really open. There were barbecues most nights, we had dinner together, we drank beers and we just acted more normal. Now they’re all fitness freaks and they’re a little boring and you don’t see a barbecue at all.”

Gardner’s son, Remy, is also a motorcycle racer and currently races a Tech 3 Mistral 610 in the 2017 Moto2 championship. Gardner (senior) has passed on his passion for loving life - as well as racing - to his son.

“I tell Remy that it’s a journey - you’re in MotoGP but it’s a journey and it’s not about winning or losing it’s about having a great journey and making the memories. Win or lose, that doesn’t matter. If you win that’s the cream on the cake, if you lose, well, you still had a good time.”

And quite right he is.

For now though, it’s all eyes on Brno. Will it be Marquez? Will it be Vinales? Will it be Rossi? Who knows. But watch this space to find out. Oh, and look out for barbecues.