Hayden to replace Miller at Aragon 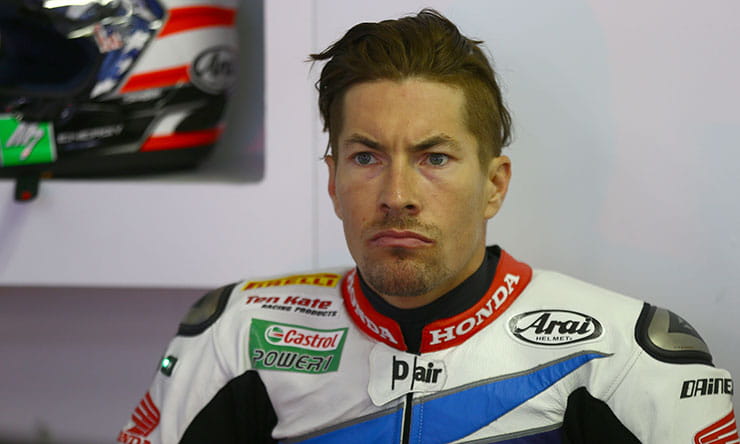 Nicky Hayden, the 2006 MotoGP world champion, will make a comeback to the top flight this weekend as he stands in for the injured Jack Miller, who is recuperating from a hand injury.

Hayden was waiting in the wings to step up and ride for Jack Miller at the last round in Misano, where Miller rode heroically through free practice and qualifying, only to pull out during the race due to intense pain in his hand. Given the nature of the injury, his boss at the MarcVDS team, Michael Bartholemy, took the decision to pull Miller out for Aragon.

“It makes sense to have him sit out this race in a bid to recover ahead of the three overseas races, one of which is his home race in Australia,” said Bartholemy. “I'm looking forward to welcoming Nicky into the team and I want to thank Honda and Ten Kate for releasing him to ride this weekend. As a former MotoGP world champion for Honda he brings with him a wealth of experience, which will be critical given the steep learning curve he faces with a new bike, new tyres and new electronics.”

Sweeping rule changes have taken place since Hayden left MotoGP at the end of last season, removing the complicated and expensive bespoke electronics for a one size fits all system that riders say is less advanced than before and switching from Bridgestone to Michelin tyres.

“For me it's just a chance to go and have fun,” said Hayden. “I’d probably be riding motorbikes anyway and I would definitely be watching the race on TV, so I might as well show up and have some fun. I know MotoGP is not a place that’s always easy to have fun because the level is so high but I’ve got a lot to learn and it won’t be a walk in the park. I haven’t ridden the bike and there are different tyres and electronics but I’ve got a lot of experience and I get another shot at MotoGP, which is great for me personally. I want to thank Team Estrella Galicia 0,0 Marc VDS for the opportunity and Ten Kate and my sponsors who all made it happen and I will try and do them all proud."

Hayden will bring with him a wealth of experience for this weekend’s race, including a podium at the first MotoGP race to be held at the Aragon track.