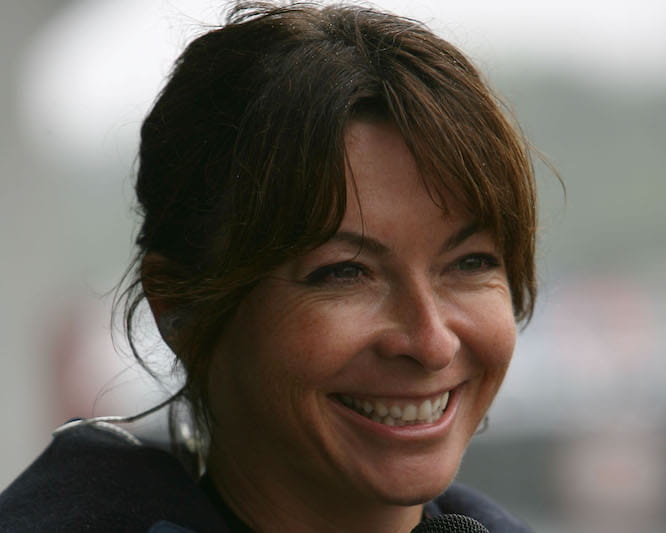 The broadcaster, who presented MotoGP for 13 years on the BBC before moving to Formula 1, has signed a last-minute deal to return to two-wheels after the BBC pulled out of its F1 contract early. While some BBC staff, including David Coulthard, have moved to new hosts Channel 4, Perry isn't expected to follow suit.

No official announcement has been made, but Bike Social understands it was initially planned for today. While no such news has been forthcoming, Daily Mail sports scribe Charles Sale has reported on the deal in his daily update.

Further adding fuel to the fire, Perry has just started following @btsportmotogp on Twitter as well as all current British MotoGP riders.

Perry was unavailable for comment and while a BT Sport spokesperson told Bike Social they weren’t able to comment on the rumours at this stage, it did sound like there’d be some news in the near future.

Perry was a popular figure among bike fans and riders during her decade-plus at the BBC, leading to many calling for her to get the BT Sport job when the channel took over live MotoGP coverage in 2014.