Scott Redding: 'I'll give it everything I've got' 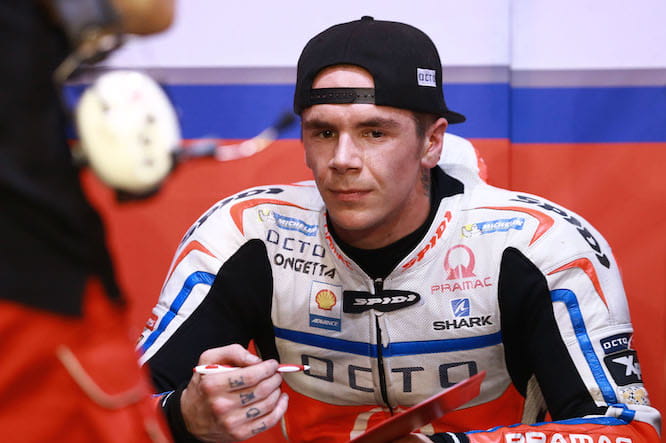 Scott Redding has said he’ll give it everything he’s got in the opening race of this year’s MotoGP championship at Qatar next week after finishing the final pre-season test second only to world champion Jorge Lorenzo.

The Briton has shown strong pace throughout winter testing following his move to the Pramac Ducati squad at the end of last season and is looking strong ahead of the 2016 campaign getting underway.

Not only has Redding been able to set fast single laps, he’s also been lapping consistently and feels strong on his Desmosedici GP15 with used Michelin tyres leaving him with realistic goals for the season ahead.

His speed marks a welcome return to form for the 23-year-old, who suffered an incredibly tough few years on uncompetitive Honda machinery.

“After two bad years I’m going to give it everything I’ve got every time I get on the bike,” he said after the test. “My target is top six and I don’t want to be disappointed or put too much pressure on myself. It’s my first year with Ducati and I was the fastest Ducati at this test. I don’t want to put too much pressure on myself but top six would be awesome to start the season. 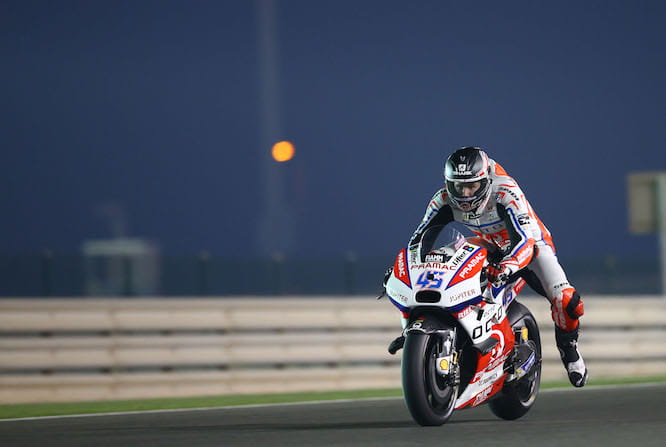 “I’m just going to keep my target top six. When I said that before a lot of people were laughing about it but I think now a lot of people are starting to wonder. I try not to say things that I don’t believe I can do and you know, Ducati has given me a bike that is competitive and works for me and I’ve gelled with it. I do believe I have the talent. I’ve been in this game long enough and I put a lot of hard work in so there’s no reason why it shouldn’t come.

“We were faster with the used tyre, I did my fastest lap with 15 laps on the tyre. We tried a few things with the chassis to help with the front end feeling. In general it was quite good, we did a 55.5 with the hard rear tyre and went two tenths faster with the soft so it wasn’t really a bad test.

“I was getting faster and faster with the used tyre. I just felt good, we changed something and did a run of ten laps. Every lap was 1’55 unless I went off track or whatever, all the laps I pushed were 55.5, 55.4, 55.3. The problem I’ve got is just the front feeling, there’s a lot of movement on the tyre. In the final runs I began to understand how to change my style to adapt to it.”

Despite his early pace, Redding maintains pragmatic about the season opener under the floodlights in Qatar.

“I’m still learning the bike, and learning the tyres. The factory guys have a few other tests over me and the other riders and it just takes time. I don’t want to go out like a scalded cat, crash it and lose all my confidence, so we’re taking it step by step.”