Lowes 'onit' ahead of final Moto2 test in Qatar 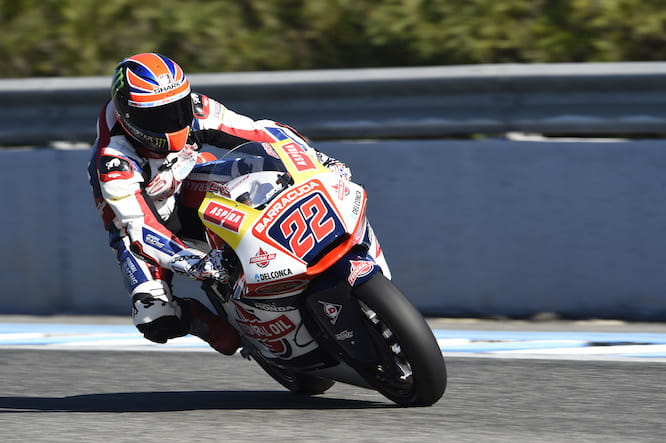 Britain’s Sam Lowes heads into the final pre-season Moto2 test in Qatar on a high after a good showing at Jerez last week.

The 25-year-old set the second fastest time of the three-day test and displayed frightening consistency to fire a clear warning shot to his rivals ahead of the 2016 season.

After two years on the notoriously tricky to ride Speed Up, Lowes moves to Kalex machinery for 2016 with the Gresini team and after taking his first victory and finishing fourth in the world last year, he’s made no secret of his title intentions for the upcoming season.

Fast on both new and used tyres, Lowes now has three days’ testing under the floodlights at Qatar before the season gets underway at the Losail circuit next Thursday.

“We had a fantastic test in Jerez, we worked really hard throughout the three days. On Friday morning I did a long run with 15 laps all in 1’42, the last one a 1’42.2 which is incredible! In the afternoon we tried some new parts from Kalex, then in the final stages we pushed a little bit for the lap time, not at the maximum but still doing a good job.

“I’m really happy to have ended the test in second position and fastest on Friday. For sure we have the race pace and we can fight to win.”