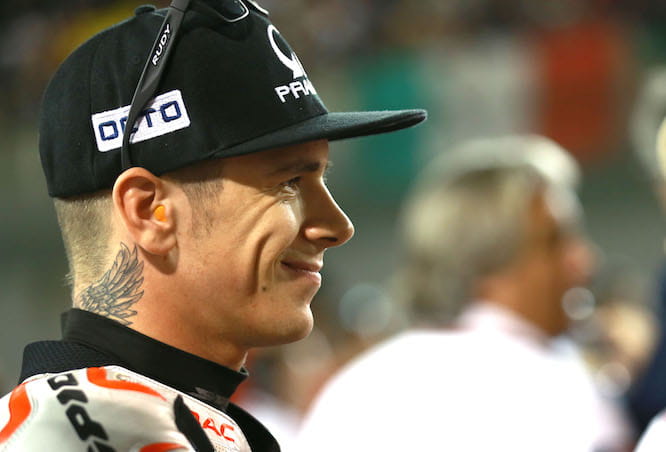 Britain’s Scott Redding leaves the first round of the 2016 MotoGP championship in Qatar pleased with his performance after securing a top ten finish in the race.

Despite this, Redding believes he wasn’t able to extract the full potential of the Ducati due to a change in electronic mapping made following practice to try and save fuel in the 22-lap race. This left the Brit slightly down on power and therefore unable to use the Ducati’s top speed to pass his rivals on the straight.

“We got a good start but then ran into turn one and someone ran me off wide so I lost the group already,” he said talking after the race. “We were using quite a lot of fuel in practice so we had to reduce the power for fuel consumption but that cost me. In the race I didn’t use that much fuel and I was on reduced power and therefore struggling to keep with the guys when really I should have used more to catch them. We learned something – that’s the main thing.”

After finishing second fastest in testing at the Losail Circuit two weeks’ ago Redding was buoyed with confidence ahead of the opening round, so was shocked when the weekend was much more difficult than expected. A change with the feeling of his Desmosedici GP15 left him slightly further off the pace than he expected in practice and qualifying." 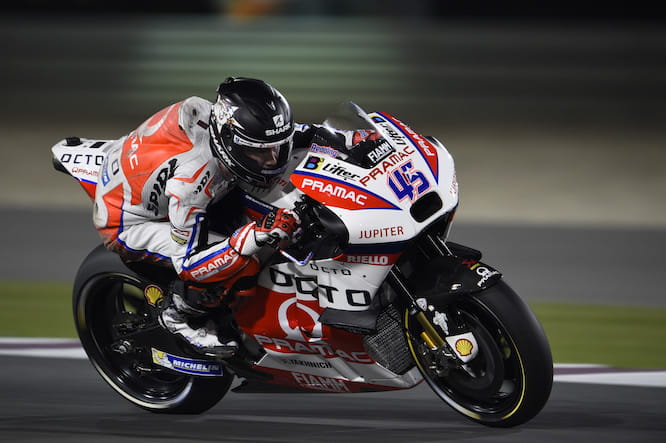 “After quite a bad weekend top ten isn’t too bad,” he explained. “I would have expected more and I think I had the pace to go with Pol and Bradley just in front, but with that power reduction I was struggling to hold them and was working a bit hard and nearly had a crash on the third or fourth lap. It wasn’t the worst race, last year I couldn’t even hold on to the two Tech 3 Yamahas whereas this year I could hold on the back of them and keep them in my sights.

“I can’t complain with a top ten finish after crashing twice over the weekend. The feeling still wasn’t great but we had to deal with it, we had to race and that’s what we did. The main thing is to go forward and work on that to improve in Argentina. There’s a few little things we can improve with the electronics and with myself, I need to be able to work with the bike a bit better, like with the fuel, to give me that advantage. I didn’t expect that big of a difference but now I’ve seen it I know what to do.

“It wasn’t a great race, I gave it all I had but with the combination of a lack of feeling, the crashes and a bad qualifying it was hard for us to reach the full potential. So when you take it from that aspect after such a great week before, you have to take it on the chin. It could have been worse, I could have crashed again, I could have finished outside the points but I got my head down, played with the mapping and took a lot of info for myself."

While he believes he could have achieved a better result, he acknowledges that 12 months ago he’d have given anything to bring it home in the top ten just over 20 seconds from the race winner.

“I was just over 20 seconds from the leader and last year if we had done that we’d have been partying! We didn’t even get close to that last year. For me, we made the best of a bad race. It’s hard to say a bad race as it wasn’t that bad, but it could have been a bit better.”