MotoGP free to watch for millions of Brits 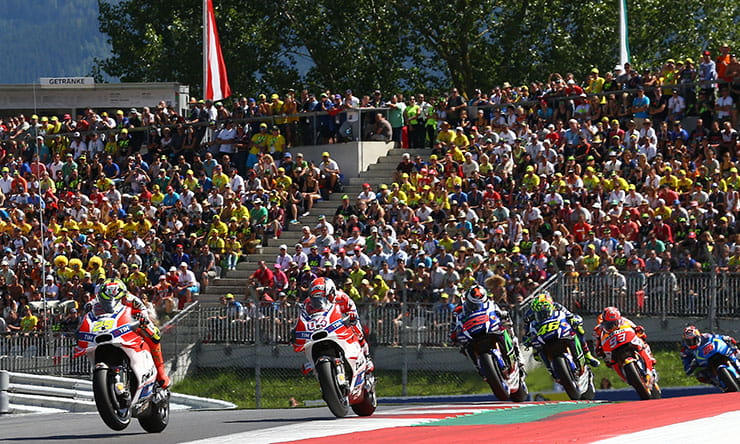 Millions of Brits will be able to see the end of the 2016 MotoGP season for free after mobile provider EE announced that it is to offer the BT Sport app free to customers for the next six months.

Britain's largest mobile network is offering customers on a monthly contract the opportunity to watch the BT Sport channels for free on their phone or tablet. BT Sport shows all MotoGP, Moto2 and Moto3 sessions live and on demand, as well as some other bike championships like the Spanish CEV series, Speedway Grand Prix, Speedway World Cup and Red Bull MotoGP Rookies Cup. They also have plenty of live coverage of 22 men chasing a leather sphere around a pitch, as well as some bigger blokes fighting over an odd shaped ball - if that's your sort of thing.

The BBC lost the rights to show MotoGP at the end of the 2013 season, much to the disgust of many race fans. Currently the only MotoGP on free-to-air TV is a highlights programme on ITV4 on the Monday after each race, with live coverage on the BT Sport subscription channel or through a VideoPass on MotoGP's own website, which works out at over £100 a season.

EE's offer comes hot on the heels of news that national radio station TalkSport 2 will cover all remaining rounds of the MotoGP championship, with commentary from Nick Harris and Matt Birt. The station is commentating on all races in their entirety, although they did have some technical problems with its debut broadcast last weekend.

EE says that eligible customers should download the BT Sport app from iTunes or the Android store and text the word SPORT to 150 to register. Full terms and conditions can be found on EE's website.