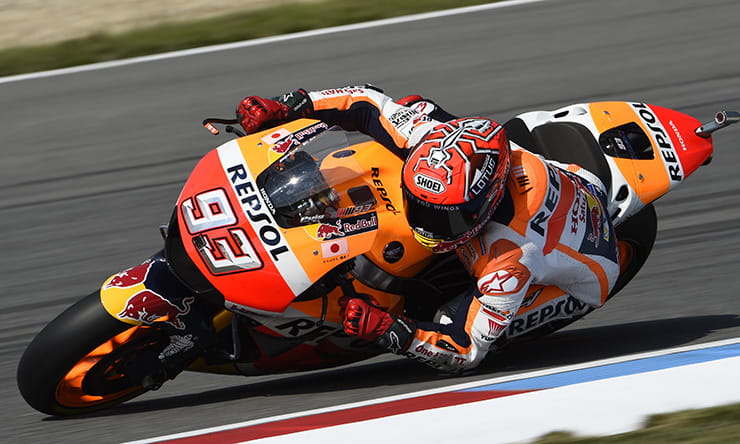 The Spaniard set a time od 1:54.596 on his final run after carving through the Yamahas of Valentino Rossi and Pol Espargaro, the lap was 0.253 faster than reigning world champion Jorge Lorenzo, who had been the fastest man going into the grid-setting qualifying session.

Speaking after the session, Marquez said: “Honestly, I did not expect pole position here. Front row was our target but in the end we found the perfect lap even though I had to overtake Valentino on the last corner.

“We have changed the set-up completely this morning and if the race is dry tomorrow we are ready, although if it is wet then it will be more difficult.” 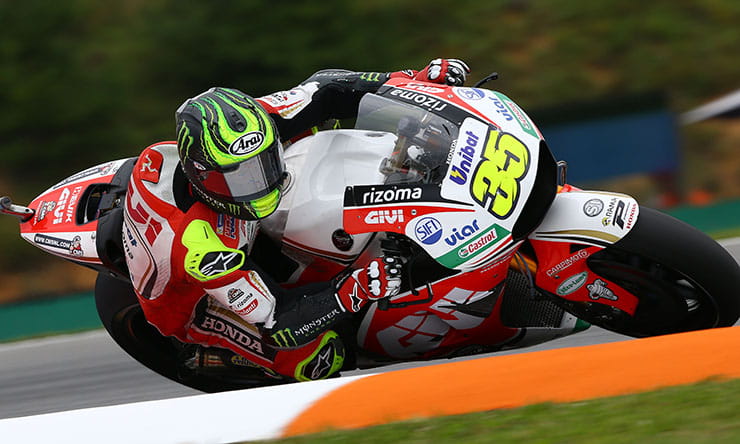 After two days of dry practice, the weather forecast shows a high chance of rain for tomorrow’s race programme, meaning that practice times may not be representative of what to expect in the race.

Completing the front row behind Marquez and Lorenzo will be Ducati’s Andrea Iannone, the winner in Austria last Sunday. Suzuki’s Aleix Espargaro, Ducati rider Hector Barbera and Rossi make up the second row.