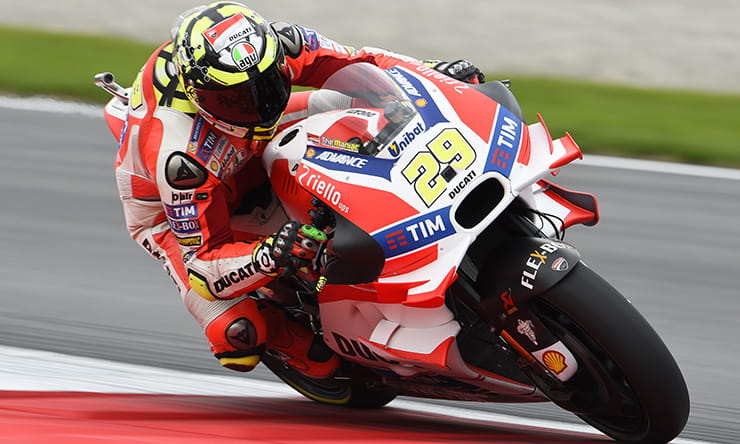 Ducati's Andrea Iannone topped a thrilling final qualifying session for tomorrow's Austrian GP at the new Red Bull Ring, heading an all-Italian front row in a session that saw numerous changes at the top of the leaderboard.

While the powerful Desmosedicis were expected to dominate at the fast and frantic new circuit, which is an evolution of the old Österreichring that was last used for Grand Prix racing 19 years ago, it was the factory Yamahas of Jorge Lorenzo and Valentino Rossi that provided the thrills in the session.

Lorenzo, out of form in the last few races, topped the session until the dying moments, when he was bested by Andrea Dovizioso, Rossi and finally Iannone in the dying seconds, the top four covered by just 0.219 seconds around the 4.3km circuit.

Speaking after the session, Iannone said: "We had a really good feeling with the bike, the tyres and the track when we tested here, so we were a little worried when Michelin brought different tyres for the race. However, these are also working well and we used FP4 to work on race pace, so I'm confident for tomorrow."

Rossi added: "To start on the front row is important but I don't know what to expect in the race tomorrow. We still have to decide what rear tyre to use but today we made a good step that gave me more confidence under braking and corner entry, so it will be interesting to see what happens tomorrow." 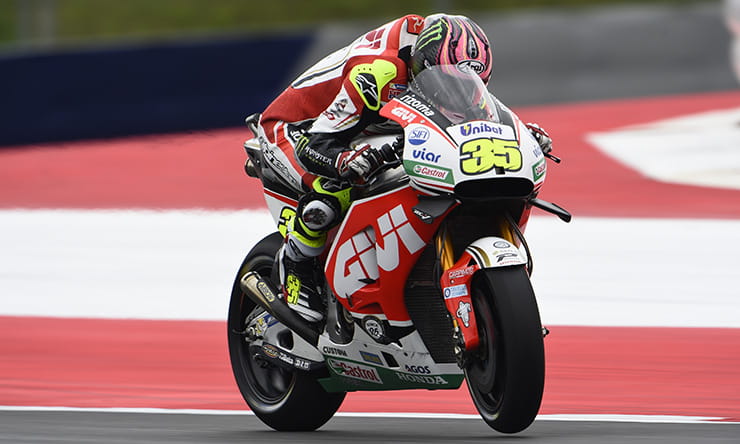 Marc Marquez, injured after a crash yesterday, qualified a brave fifth, ahead of Suzuki's Maverick Vinales.

New dad Cal Crutchlow (pictured above) came through Q1 to end up best independent rider and top Brit in seventh, although the Coventry rider is expecting a tough race on his satellite Honda, which is down on power compared to the Ducatis. Scott Redding, coming to Austria on the back of a third and fourth place finish, starts from eighth and happy with his pace, having set his best lap without the aid of a slipstream, although the Bike Social backed rider admitted, like many others, that he is still unsure of what tyre option he will choose for tomorrow's race.

Eugene Laverty made the second qualifying session and starts 11th on his Aspar Ducati, with Bradley Smith 14th on the Monster Tech3 Yamaha.