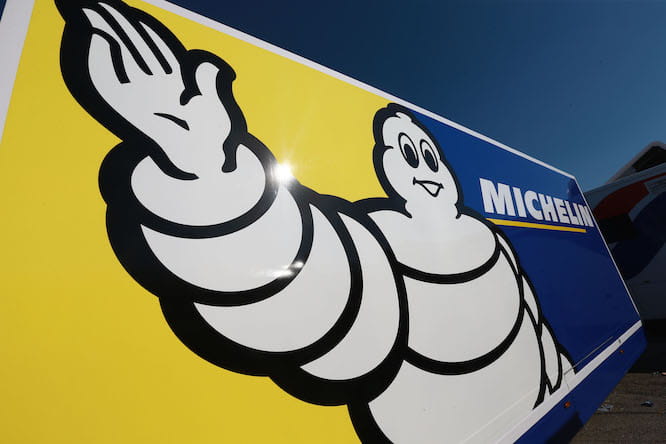 At the Valencia MotoGP test at the end of last season, 90 per cent of riders went faster on the new Michelin tyres than they did on Bridgestones during the race two days before.

That’s some stat on a brand new tyre from a manufacturer that hasn’t been in MotoGP since Bridgestone became sole tyre supplier in 2009.

But that didn’t stop nearly every rider crashing out on the Michelin tyres at some point during testing last season. During the two days’ testing in Valencia, there were almost 30 crashes, suggesting something had to be done.

We spoke to Michelin tyre boss Nicolas Goubert about why they’re back, what they can do to stop the front end crashes and why intermediates are making a comeback.

Michelin’s return to the paddock marks a whole new era for MotoGP. It’s the first time in at least six years that riders have seen a significant change in tyres, with Michelin’s offering bearing very different characteristics to the outgoing Bridgestone rubber.

“MotoGP is a terrific proving ground to develop technology,” Michelin’s Technical Director, Nicolas Goubert told Bike Social. “With the regulations as they are from now on, forcing tyre makers to use 17” wheels, it means the technology transfer will be a lot quicker.” 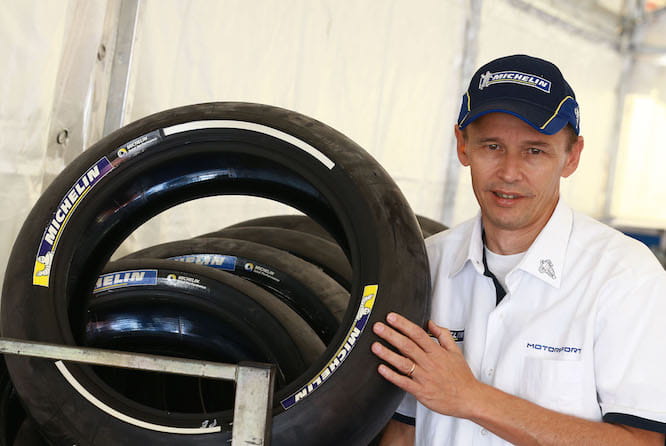 Bridgestone’s exclusive deal as sole tyre supplier to MotoGP was meant to come to an end in 2014, but, having already opted not to renew the contract, the Japanese firm agreed to stay on for another year to allow the new supplier a year’s worth of development.

It’s been a tale of two halves so far, with the tyres having proven to be as fast, if not faster, than the Bridgestones in like-for-like circumstances. Riders have praised the grip available from Michelin’s rear tyre but a number of problems with the front led to an uncomfortable amount of front-end crashes, particularly during Michelin’s first test as official tyre supplier in November last year.

Michelin began testing in late 2014 with test riders such as Colin Edwards and Michele Pirro, before the official MotoGP riders got a first taste of the new rubber last year.

“We are happy with the progress,” Goubert explained. “We’ve been testing for quite a while now, just a little over a year. We have improved quite a lot in this time but we are still not exactly where we need to be at the beginning of the season. There are a few months left now, so we have two months ahead of us where we still need to improve to be ready to a standard we want to be in for the first GP.

“There are two main issues. The first is the problem the riders have been having with the front end, especially in Valencia. From what the riders have said they are very happy with the back end of the bike so the rear tyre is at least the same level or even better than that of the previous tyre manufacturer. But this is not the case for the front. 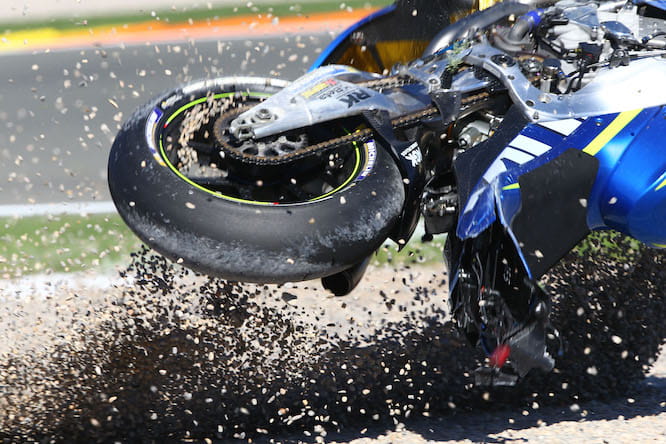 “Of course, it’s going to be a change for them so one tyre might be better and the other not as good but right now they are having difficulties in getting the confidence and that’s something we really have to work on because confidence is key for a motorcycle racer.”

While Michelin are happy to admit there’s still work to do, Goubert points out they aren’t the only ones who will have to contribute if they are to find a solution.

“We won’t be the only ones working on this, there are three parties: The manufacturers and teams will work on the set-up of the bike to adapt to the new tyres; the riders will probably have to adapt their riding style and we still need to adapt to the needs of the series. What is good from Valencia is that now everyone is really focused on 2016 and will give 100% to try to get the most out of the new package.

“That being said we were happy with the times in Valencia. 90% of riders went faster on Michelin tyres than they did in the race a couple of days before the test.”

One problem Michelin has faced is the impossibility of testing at every circuit in every condition. The characteristics of different Grand Prix circuits can vary tremendously and as we all know; you can never predict the weather.

“Previous to the Valencia tests we had a couple of tests with Honda and Ducati,” Goubert continued. “One in Misano and another with a few more teams in Aragon. The results were quite good and the riders were quite happy with the front but when we arrived at Valencia the assessment was not the same. 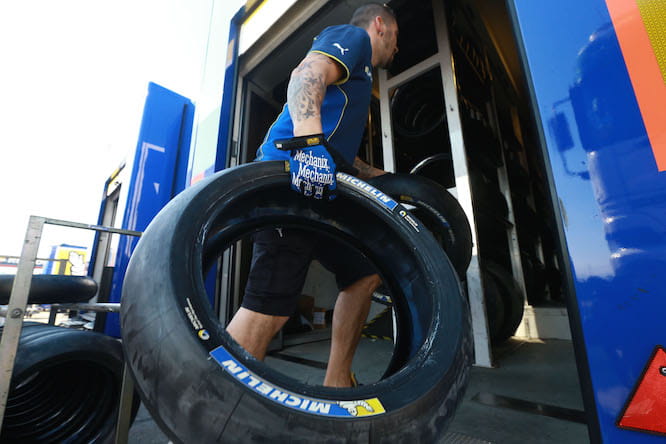 “Since we left the series at the end of 2008 there have been new tracks added to the calendars and I would say that most circuits, even the ones we know, have changed. The track surface evolves with time so if you don’t go there you lose track of what’s going on. In some of the places we have continued going because we are involved in the Italian championships, the Spanish championships and things like that but on the other hand there are a lot of races that we’ve never been back to. This year we have tried to go at least everywhere once with a test rider but sometimes we have been quite unlucky with the weather. It will be a learning curve and we will have to rediscover the tracks, the surfaces and sometimes even the layouts we don’t know. 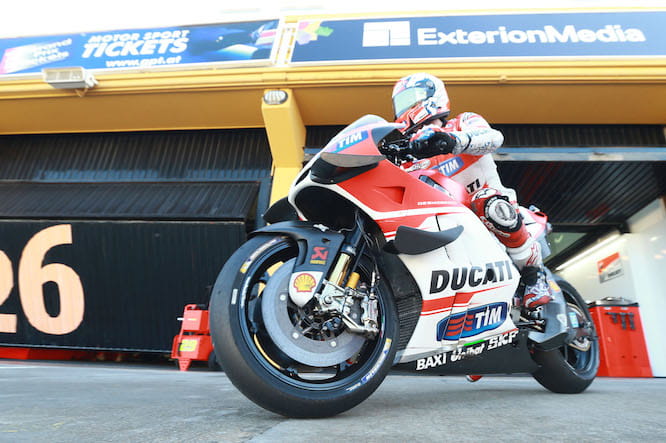 “Of course we are not going to have the same tyres at every circuit but we’ll try to have a common base of tyre that you can use at similar tracks, just like Bridgestone did. That’s difficult as well, not to have things very pin-pointed to certain conditions but something more suited to the different conditions you can encounter. That’s something we do already in car racing, in Endurance racing you know that the guys start in Le Mans and drive for four hours and the tyres have to cope with different temperatures. That’s kind of the same, to try and find tyres that have that versatility."

Another change coming with Michelin for 2016 is the return of Intermediate tyres. In recent times, MotoGP riders have only had the option of wet or dry tyre compounds with nothing in between.

Goubert explains this move was a direct request from MotoGP bosses: “Intermediates were a request from Dorna. During some of the practice sessions when conditions were neither dry nor fully wet, the riders didn’t go out because they didn’t want to damage their rain tyres but they also didn’t want to take risks on the slicks. This meant the people in the stands or behind their TVs at home were watching an empty track so Dorna asked us to provide an intermediate tyre.”