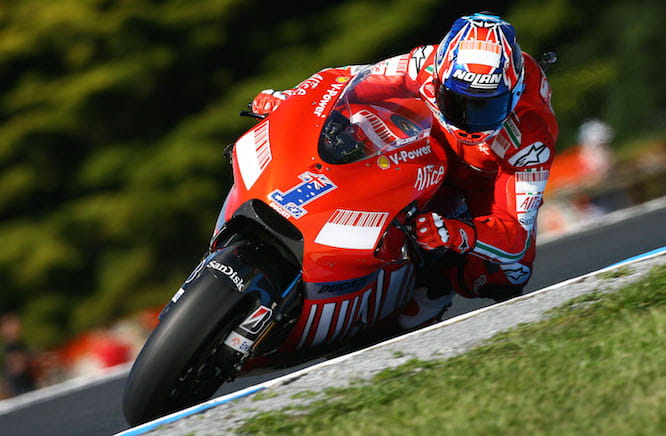 Ducati Chief Executive, Claudio Domenicali has refused to rule out Casey Stoner making a wildcard appearance on the Desmosedici this season.

Stoner, who retired in 2012, accepted a testing and ambassadorial role with Ducati Corse after his contract with Honda expired at the end of last year.

At present, the Aussie is only set to test the bike but rumours of a wildcard appearance during the 2016 season refuse to die down.

Now, the man in charge of the whole of Ducati has hinted that Stoner could make a wildcard at his native Phillip Island, where he won six races in a row between 2007 and 2012.

“I do not think Casey will ever return to racing full time,” Domenicali told Italian website GPone.com. “As for some wildcards, well, I do not think that Dorna and Phillip Island would be offended if he was on track for the race!”

Stoner will take to the track on Ducati machinery for the first time since 2010 later this week in Sepang, when he will test the Desmosedici GP15 with Michelin tyres and spec-electronics to familiarise himself with the latest generation of Ducati.