Loris Baz stuns with pace on final day in Australia 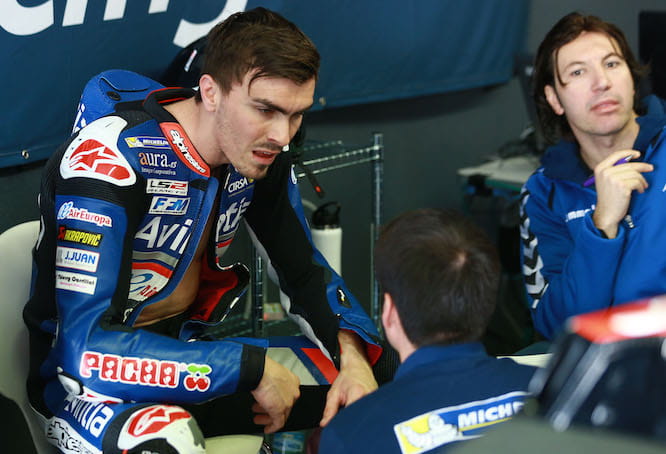 Before his 180mph horror smash in Sepang, you could have forgiven a MotoGP fan for not knowing Loris Baz’ name, but now the Frenchman has stolen headlines again after showing impressive pace on the final day of testing at Phillip Island.

After making his debut in MotoGP and fighting for the open class title last year, Baz moves to the Avintia Ducati team for 2016 and despite the huge off during the first test in Malaysia, the Frenchman has got off to a cracking start.

Baz showed real improvement on the final day at the Phillip Island circuit to set the sixth fastest time, less than half a second off the pace set by Marc Marquez, and on the overall timesheet, the former WSBK race winner placed seventh and was the second fastest Ducati behind only his team-mate Hector Barbera.

It wasn’t just a flash in the pan either, Baz did 16 laps under the 1’30 barrier and pulled together a string of eight laps in the 1’29s to prove one of the most consistent riders of the test. 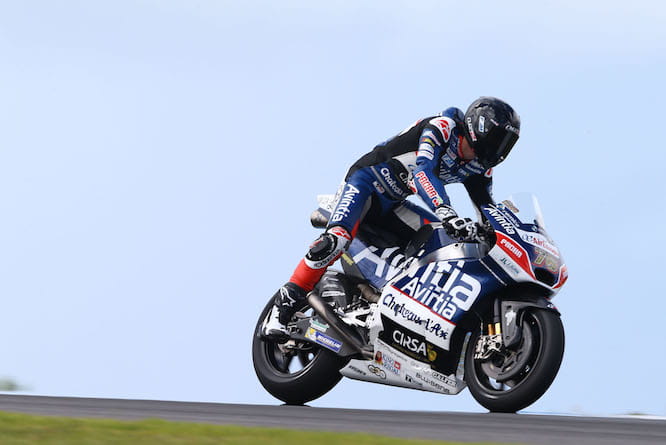 “I’m really happy,” he said. “Yesterday it was already not bad, I had a good feeling with the bike. It’s the first time since I’ve been on the bike that I’ve been able to find the limit and see how she reacts.

“This morning I had two very good times behind Vinales with a 1’29.7 and 1’29.5. I then did the same behind Dovizioso and Pedrosa and I could keep up and they got in the way sometimes. Despite everything, I never thought I’d still be able to do these times alone.

“I went back out after the rain and put together 13 fast laps. On an older tyre I could do the same, with seven or eight laps in the 1’29s. I was able to redo my best lap on my own, which confirms that things have evolved in the day and it’s very positive. By analysing the classification, I think I’m the one who made the most laps in the 1’29s before Marquez, Rossi, Vinales and Lorenzo.

“I think I was the one who had the best rhythm today. It’s a little crazy to end up here but it’s really good, especially as I’m in front of Rossi! Hector and I finished as the first Ducati riders and Ducati are happy with us so it’s good for the team ahead of the season starting next month.”