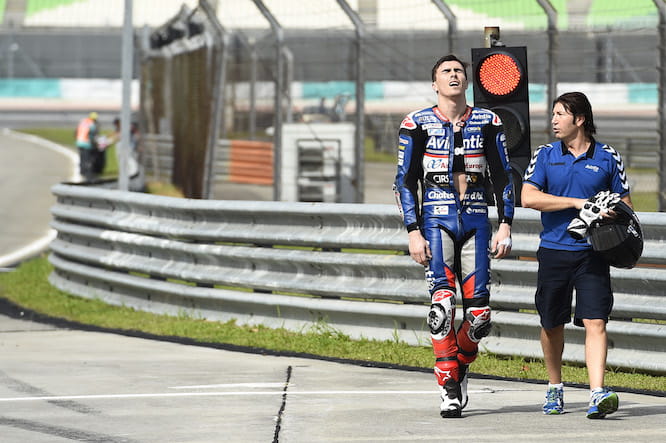 Loris Baz has said he is ‘lucky to be here’ after being thrown from his Ducati at 180mph during testing in Sepang.

An hour into the second day’s action something appeared to explode towards the rear of Baz’s bike with the rear locking almost immediately, throwing the Frenchman to the floor.

He avoided hitting anything as he slid down the main straight at speed, including his stricken bike which bounced from one side of the track to the other.

“I crashed at 290kph, so I am really lucky to be here,” said Baz after the crash.

“It was my second run, I had a new tyre to make the lap time and going in to the last corner I heard something strange but just wanted to finish the lap and then come in. In the beginning I thought it was the engine or gearbox but it looks like it was just the tyre. I had no strange feeling, no chattering or anything so I could not expect that everything was going to explode like this on the straight. I’m really lucky as it was a scary moment. 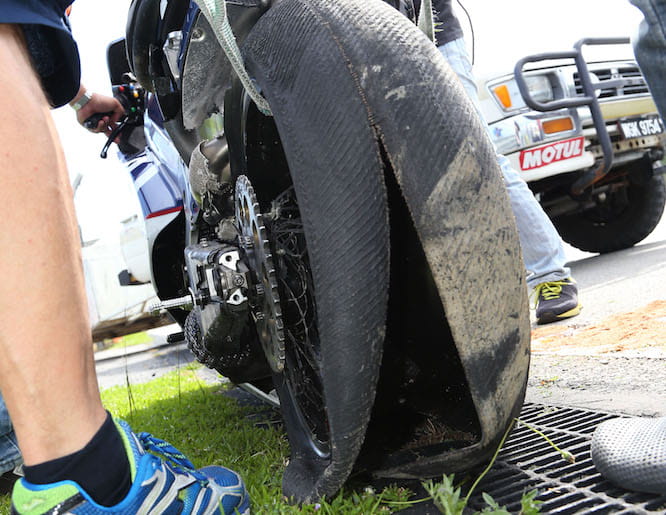 “The rear locked really fast so I tried to grab the clutch but you know you are going to crash. When you are 100kph maybe you can do something but at 300kph it is just impossible. I knew I was going to crash but you don’t have time to think about this and then when you are sliding you just hope that you are not going to hit a wall or someone coming behind you. At the end everything went well considering the crash.”

Remarkably, Baz walked away from the incident with just a bruised elbow a stiff neck…

“I feel OK, just a little stiff in my neck and my back. From a crash like this I am very lucky. I think we will be back on track when the guys build me a new bike.”