Casey Stoner to join MotoGP field on track in Sepang 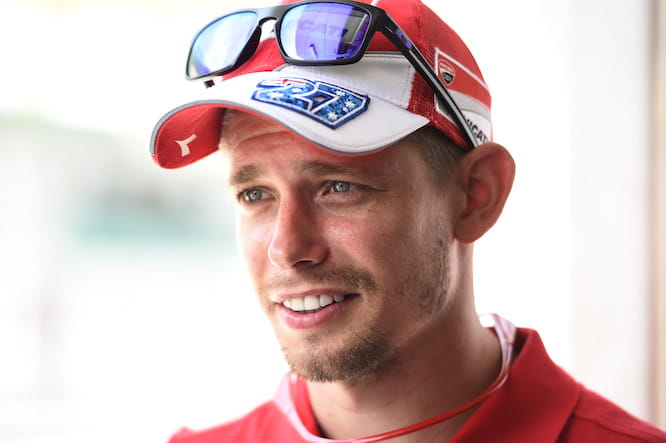 Casey Stoner will go up against the rest of the MotoGP field on track for the first time since 2012 as he resumes his testing responsibilities for Ducati in Sepang tomorrow.

The twice-MotoGP world champion had been scheduled to test over the weekend but completed just one day before it was decided his second outing would be during the three-day official test.

Ducati have now confirmed the Aussie will take to the track tomorrow (Tuesday) during the second day of testing, although it’s not known whether he will participate for the full day.

After making his track return aboard a Desmosedici for the first time since 2010 on Saturday, Stoner said: “It was a very productive first day, we got comfortable with the bike and the tyres a lot more quickly than I thought I would. We’ve got a lot of things to test and get myself a little bit more acquainted with the bike but I’m generally very happy.

“The Desmosedici GP has a lot of potential, hopefully we can give the right input and help the two Andreas to try and achieve something great this year. I’m pretty happy and surprised with my lap time to be honest, hopefully the next day we can be a bit more comfortable after sleeping on it.”

Stoner’s fastest lap from Saturday, 2,02.1sec, would have placed him seventh fastest on the first day of testing, ahead of the man who replaced him at HRC in 2013, Marc Marquez.

View times from the first day of testing here.