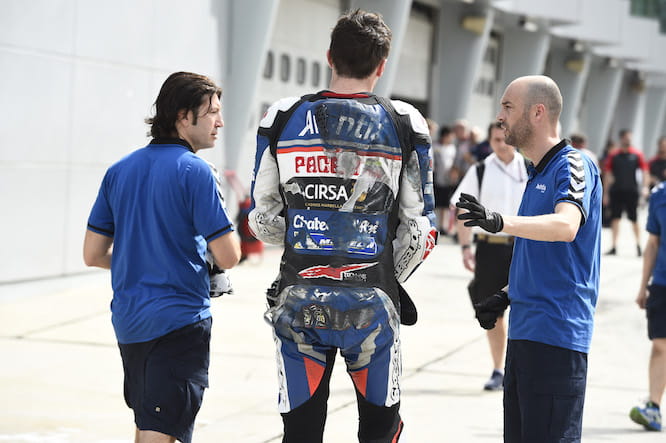 Data recorders on Loris Baz’ alpinestars race suit recorded G-forces of up to 29.9G when he was launched from his Ducati Desmosedici at 180mph at Sepang earlier this week.

The accident happened on the circuit’s main straight as an as of yet unknown technical issue saw the Frenchman ejected from his bike at 180mph. He hit the floor, before sliding 300m down the straight, narrowly avoiding his bike which bounced from barrier to barrier. 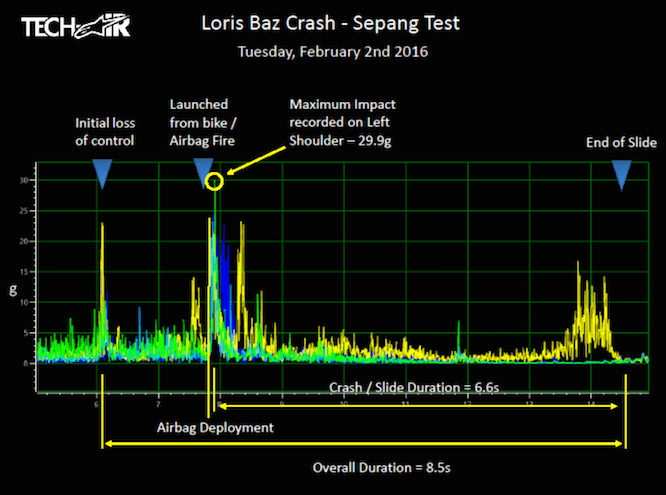 Baz was launched from the bike 60 milliseconds before the first impact, which recorded a whopping 29.9G on his left shoulder. From the moment he hit the track, the duration of the slide lasted for 6.6 seconds.

29.9G is almost six times the peak G-Force of a Formula One car while cornering and three times a F16 Fighter Jet pulling out of a dive. Had Baz sustained such G-Force for much longer than the brief part of a millisecond he had, death or serious injury would have been likely.

Miraculously, Baz was able to walk away with just a bruised elbow, stiff shoulder and neck.