Argentina MotoGP Tyre Drama: All you need to know 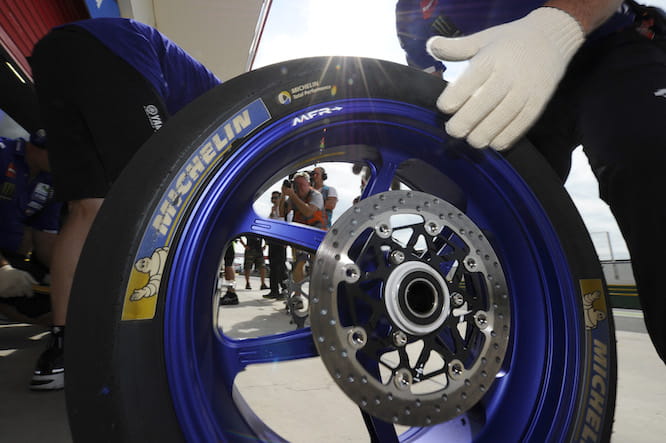 If you’re a MotoGP fan, it’s likely you’ll have heard of the drama occurring in Argentina following a scary moment for Scott Redding in the final free practice session.

Redding was forced to pull off the circuit after he was hit in the back by a piece of his own rear tyre, which is thought to have delaminated. But what does this mean?

Delamination is the process in which the different layers of the tyre separate from one another, essentially causing the tyre to fall apart. In Redding’s case, the tyre did not completely fall apart but it appears the rubber fell away leaving the bare carcass of the tyre exposed.

Unlike in the situation seen with Loris Baz in Sepang, where his tyre is thought to have exploded, Redding’s tyre remained inflated and the British rider was able to bring his bike to a controlled stop without crashing. 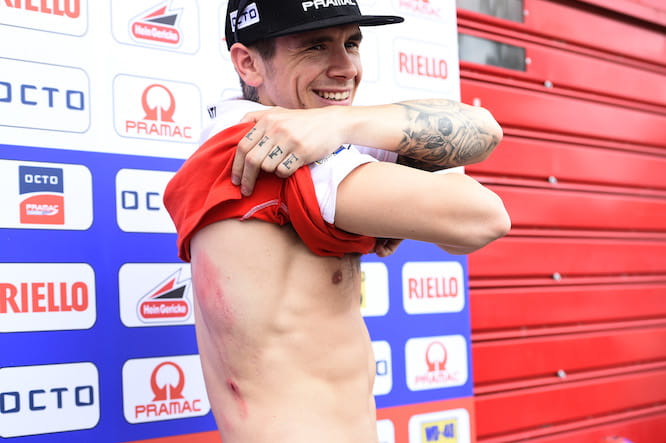 Rightfully, MotoGP bosses red flagged the session while they investigated the cause of the incident. As the problem was with used tyres with a number of laps on them, qualifying was permitted to go ahead and Marc Marquez took pole position ahead of Valentino Rossi and Jorge Lorenzo.

Initially, Michelin opted to withdraw both tyre options for today's race and enforce the use of a stiffer construction safety tyre, but given overnight rainfall there is not enough time for riders to test a new tyre option prior to the race, therefore MotoGP bosses, together with Michelin have come up with a contingency plan involving compulsory pitstops similar to those seen in Australia in 2013. 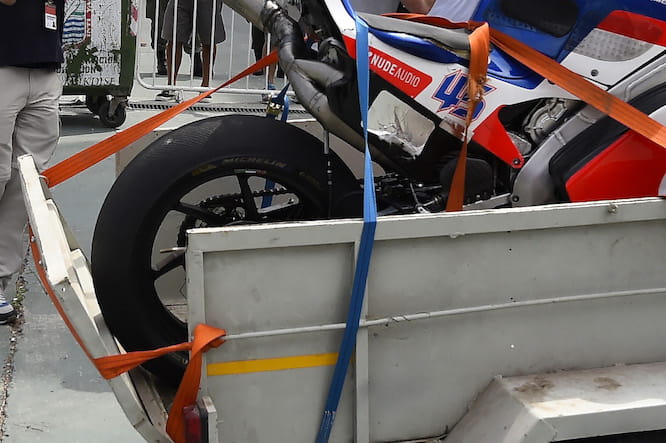 With MotoGP warm-up guaranteed to be wet, if the race starts in dry conditions riders will be able to start on either the soft or hard Michelin rear tyre compound from their original allocation but there will be a compulsory pit stop for a tyre swap at the end of lap nine, ten or 11. Race distance will be shortened to 20 laps.

If the race starts wet and conditions improve the red flag will be drawn. The race will then be re-started over ten laps in the dry.

If the race starts wet and it remains wet, the race will run over the full 25 lap distance. Under no circumstances can riders use intermediate tyres.