Lorenzo wins as Rossi forced to settle for third in Aragon 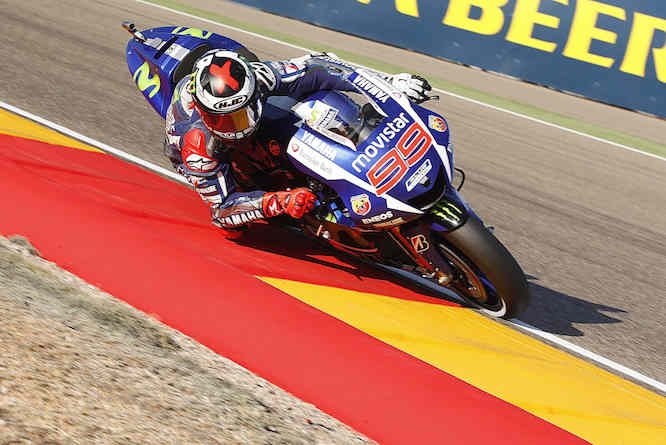 Jorge Lorenzo closed-in on Valentino Rossi’s championship lead with a dominant victory in Aragon today as the Italian was forced to settle for third after an incredible fightback from Dani Pedrosa.

Lorenzo shot off the line to lead into turn one with the clear intention of pulling a gap on the chasing pack but polesitter Marc Marquez had other ideas.

However, what looked set to be a great battle between the two Spaniards ended prematurely when Marquez, pushing hard to keep up with Lorenzo, crashed out on the second lap.

Iannone’s pace dropped off slightly when Rossi came by, the Italian suffering from a recent shoulder injury, leaving the scrap for the runner-up spot between the two veterans. 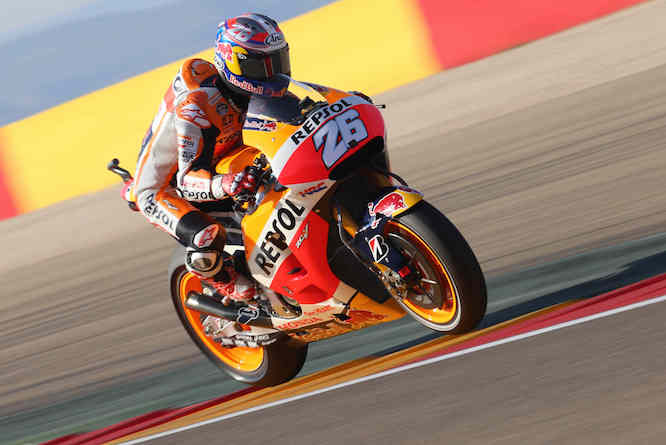 Pedrosa had the pace in the first half of the race but Rossi closed him down in the closing stages and began to plan his attack. However, each time the Movistar Yamaha man attempted a move, the Spaniard came back hard and closed the door.

Iannone took a brave fourth place ahead of team mate Andrea Dovizioso with Suzuki’s Aleix Espargaro rounding out the top six ahead of Brits Cal Crutchlow and Bradley Smith.

Pol Espargaro, unable to transform his quick qualifying pace into a race result, took ninth ahead of Yonny Hernandez. 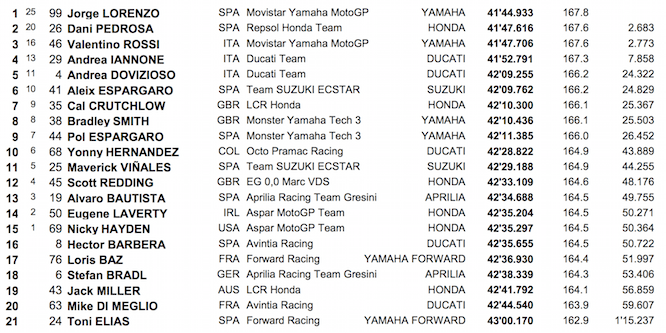