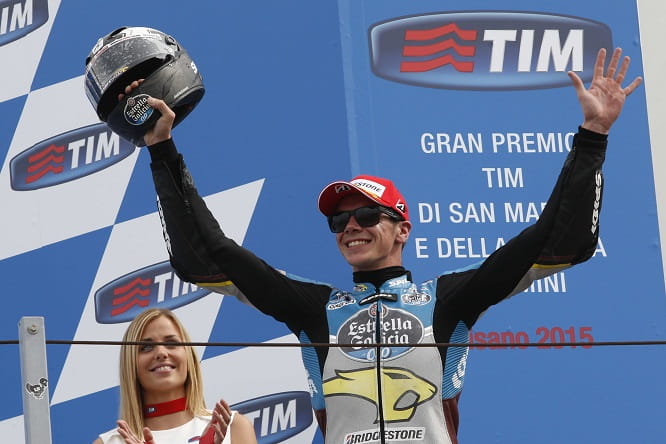 The morning after the night before…Scott Redding talks to Bike Social from a mountain overlooking San Marino, reflecting on his first MotoGP podium.

So, how does a 22-year old podium debutant celebrate?

SR45: So I just picked my dog up and took him for a walk. I’ve also got myself a new supermoto but I’ve got to get rid of my old ones before I pick it up. I’ve been doing some supermoto races in Belgium but my bike’s just not cutting it.

I’ve gone for a TM – a proper supermoto, made specifically for supermoto. I’m going to do some more competitions and I’ve got another race this weekend, also in Belgium. I did one last week but I didn’t get a result, the conditions were too mixed and everyone else was on wet fronts and slick rear. I didn’t have any rain tyres but it was good fun!

Reflecting on the race

I’m feeling a bit touchy today! We had a few beverages with the team to celebrate after the race yesterday then I went out with a couple of mates afterwards.

To be honest the weekend didn’t start too bad. Just with the qualifying again we didn’t quite have enough but the bike was the same as Silverstone. When we were on used tyres again the pace wasn’t too bad and this was certainly one positive we can take from the weekend. If the race was completely dry I knew I could be top 8.

I had a bit of a sh*t start because Cal nearly jumped the lights and that stood me up a little bit. As I went into turn 1 it had already started to spit with rain and I thought “I’ve got to go for it”, so I was making moves where I could and trying to get myself into a good position. I was just trying to get the rhythm and trying to get the race-start that I need. As it started to rain a bit harder I just kept on pushing and I caught up with Dani, Bradley, Dovi and Ianonne and tried to get in front of those guys.

But then I locked the front on the brakes into turn 4 and that’s how I crashed. It was too wet and the bike skidded. I ran straight on into the gravel and I tried to turn it on the gas but with the traction control I ended up spinning around in a circle. I got the bike up and started running before the marshals got there and tried to stop me. I knew the rain was there so I knew anything can happen. I managed to get the bike going then I saw Hernandez and Espargaro hadn’t passed me so I thought that wasn’t too bad, I must have had a good gap on the other guys. 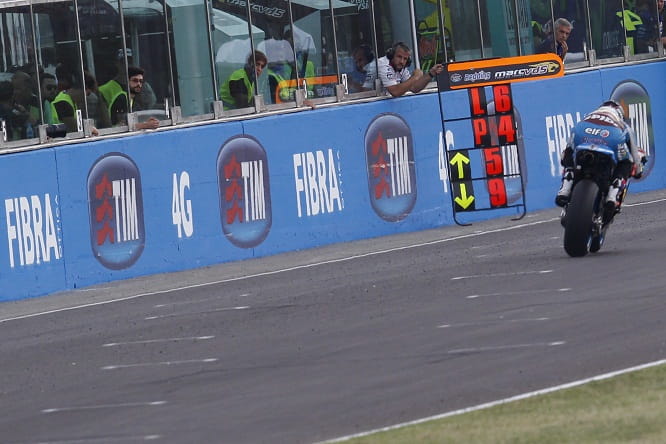 Then I pitted for the rain tyre because I thought I’m going to crash again if I keep going like this. It was definitely the right time for the rain tyre but I had a really bad feeling with them. My lap times were ok but I felt really bad on the bike, I put the traction control right up, the engine braking right up but had zero rear grip. It was like riding on ice.

Then when the track dried up the rear was ok but the front was spinning, it felt like jelly, so I was running off the track everywhere. I had no control of what I was doing, I was in 23rd position and thought I’d come in for slicks because that was the only option.

I didn’t really care what happened, I’d almost given up. In 23rd there was no one else around me but I was still catching some people and I was quite fast. But I felt really loose like I was going to crash everywhere. Miller was behind me and he wasn’t catching me so I knew I was ok because he’s good in those conditions.

When I was on slicks I was 10 seconds quicker per lap than some of the other riders. So when I was on the slicks the positions were doing all sorts. I was passing some people in pit lane and I was passing people on wets still, I didn’t know what was going on.

Then I saw Lorenzo coming out of pit lane and thought “oh, well that’s not too bad”. Then it all sorted itself out and I saw I was 8th, then I was 4th, then I saw it was 10 seconds to the rider in front. I didn’t think I could get that and I didn’t know it was Baz but as the gap was coming down by about a second per lap, I saw it was him and thought “that’s my podium, right there”. 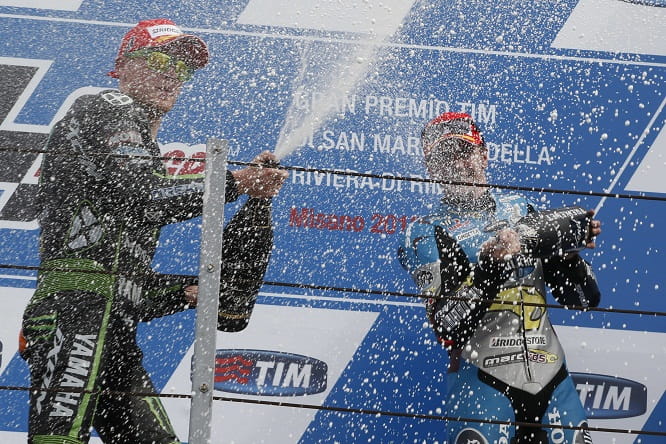 So I really dug in and took quite a lot of risk. In that situation you can’t settle for 4th if you’ve got a chance for the podium. I took 2.8s out of him because I thought it was the last lap! I wasn’t checking the pit board too much because I was changing engine maps and brakes so I thought I had to get passed him. I was always trying to pass but there was only a small line and he knew that I couldn’t go off the line, to be fair to him.

I saw there was three laps to go, I knew I was up to third and then it was a case of bringing it home. I’d passed Bradley when on the wet tyres so I didn’t think it was him in second, I could see a bike in the distance but there was no way I was going to catch him.

Then when I came over the line I didn’t feel really excited, I didn’t expect it. When I woke up I didn’t feel like I had a chance to get on the podium, it just happened. The first part of the race was still good for us, I felt on the limit and my target was always to hang on to the front pack for as long as I can. 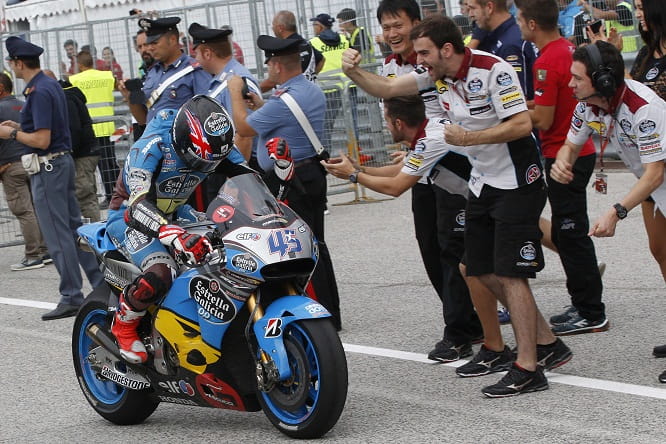 I think Aragon is going to be difficult for us. There are a lot of corners with a lot of lean angle and that’s where we seem to struggle. I’m getting better and better, slowly, but we’ll see when we get there. I won’t go there expecting to get on the podium, that’s ridiculous! I’ll try and keep my form and get in the top 8, I’ll be happy with that.

Improved results because of Ducati contract?

To be honest, it’s been a mix of many things. There’s been a lot that’s got sorted out over the past few weeks and I just feel back to myself when riding; loose, chilled. I’m not getting down as much when I don’t get a good result, I just brush it off. So long as I try my best, I can’t ask for anymore. A clear mind and we’ll go for it! 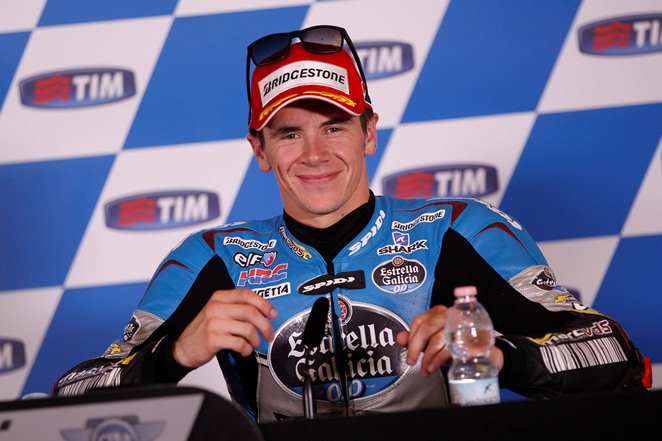 Can Scott get on the podium again this season?  or !