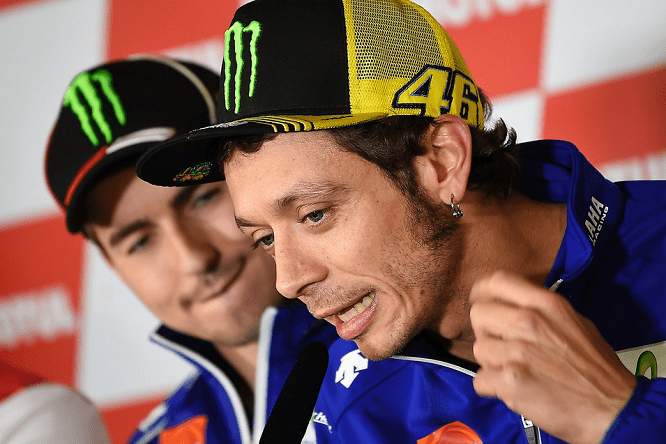 Valentino Rossi and Jorge Lorenzo have both admitted their relationship is tense as the duo prepare to scrap it out for the title over the final three races of the season.

With Rossi leading his team-mate by 18 points going into the 16th round of the season, tension is understandably high in the Movistar Yamaha garage.

Lorenzo was visibly annoyed when Rossi followed him during qualifying last weekend in Japan and reports suggest the Spaniard feels Rossi has gained more of an advantage through data sharing this season.

It’s no secret the pair have never been best of friends. In 2008, a wall was installed between the two riders’ pit boxes, initially because of Rossi’s switch to Bridgestone tyres while Lorenzo remained on Michelins. However when Bridgestone became MotoGP’s sole tyre supplier in 2009, the wall remained in place. 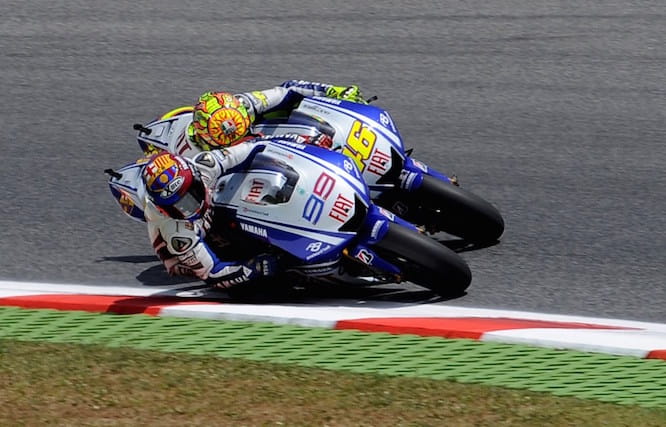 Lorenzo was often critical of Rossi’s aggressive riding style, particularly following the pair’s close battles on track such as Catalunya in 2009 and Motegi in 2010.

When Rossi returned to Yamaha in 2013, a line was drawn under past troubles with a pecking order now firmly established. Lorenzo, having just clinched his second world title, would be Yamaha’s number one, with Rossi, who hadn’t won since he left Yamaha in 2010, number two.

That was all fine and dandy until the pair became embroiled in an intense battle for the 2015 world title. However, both riders say this is completely normal when fighting for the same thing. 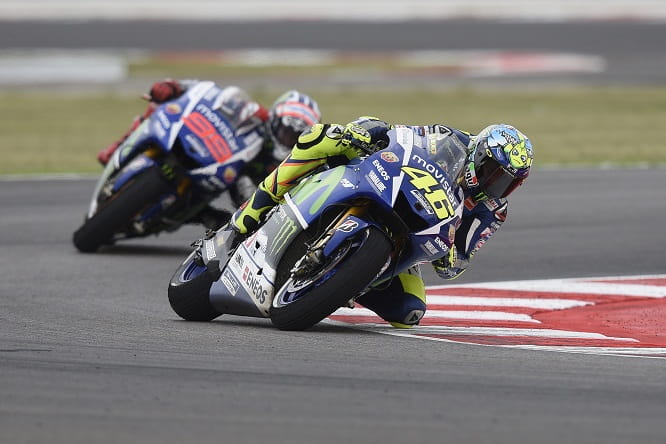 “It’s always difficult when you fight for a championship,” confessed Rossi.

Lorenzo added: “We are two world champions and this year we want the same thing, so it’s normal that the relationship gets a bit tenser. It would be the same if it was me with Dani, or Marc, or whatever rider if we were fighting for the title. I’m sure in the future we will become more relaxed again.”