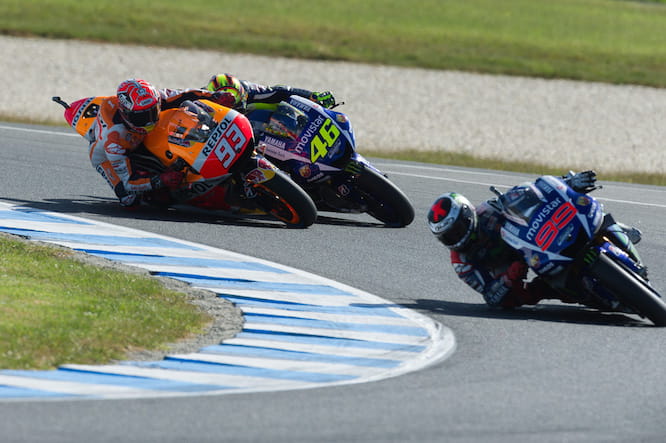 The penultimate round of the 2015 MotoGP season gets underway in Malaysia this weekend at the Sepang International Circuit and with just 11 points separating Valentino Rossi and Jorge Lorenzo, it's all up in the air.

Rossi could theoretically win the title this weekend, but it's very unlikely as it'd mean beating Lorenzo by 14 points. This weekend is more likely to decide how close it will be when it comes to the final round at Valenica in two weeks time.

After the great race at Phillip Island last weekend, we could be in for another corker this weekend - especially after Rossi has hit out at Marquez for allegedly slowing him down in Australia.