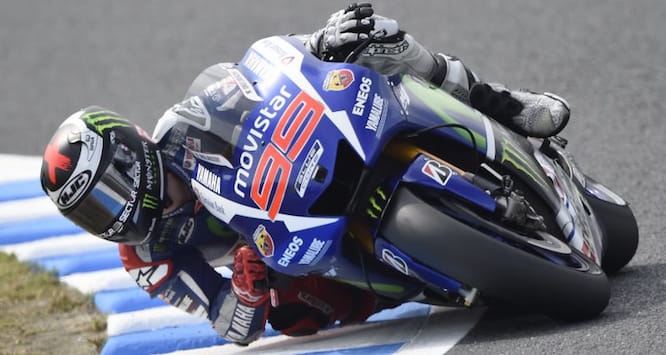 Jorge Lorenzo and Valentino Rossi are split by less than a tenth of a second ahead of tomorrow’s Japanese Grand Prix.

Lorenzo stormed to the top of the timesheets with a1’43.790, the fastest ever two-wheeled lap of Motegi to deny Rossi his second pole of the season.

The Italian missed out by just 0.081 seconds, but surprised many with how close his pace was having shaved a second off his fastest time in practice.

Marc Marquez joins the championship contenders on the front row, albeit some 0.4 seconds behind.

The Ducatis of Andrea Dovizioso and Andrea Iannone head the second row, with Dani Pedrosa rounding it off in sixth place.

Maverick Vinales rounds out the top ten ahead of Pol Espargaro and Scott Redding.