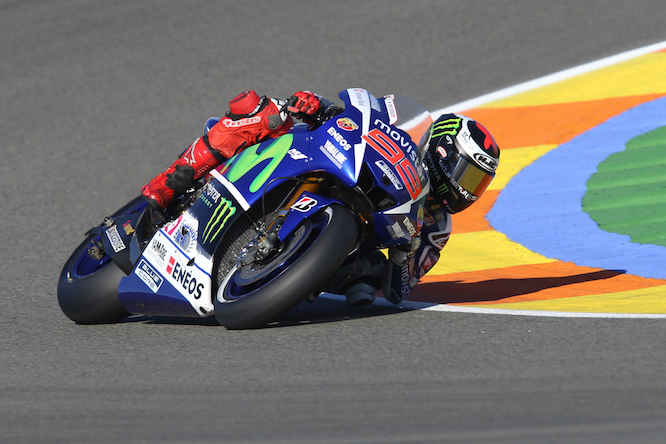 Jorge Lorenzo will start tomorrow’s MotoGP finale from pole position after obliterating the circuit record to take pole in this afternoon’s qualifying session.

The Mallorcan posted a time of 1’30.011 mid-way through the session which was good enough to take pole position despite a late attack from Marc Marquez.

Marquez was under through the first split but lost two tenths sliding through sector two, leaving him 0.488 seconds behind his fellow Spaniard. 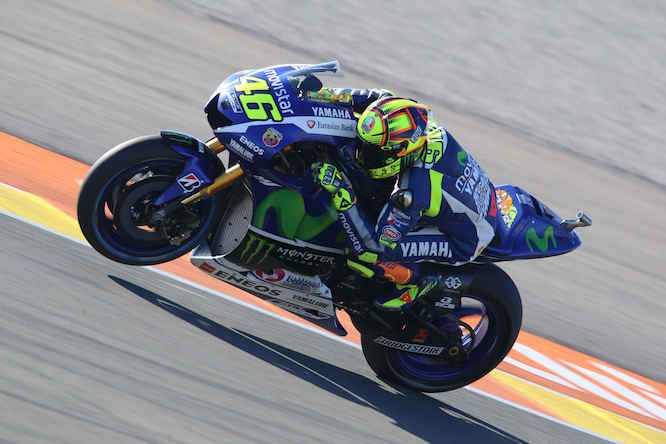 Cal Crutchlow will start the race fifth ahead of Bradley Smith with Iannone, Pol Espargaro and Andrea Dovizioso on the third row.

Valentino Rossi, whose qualifying wouldn’t count with his back-of-the-grid penalty, crashed out on a final run after losing the rear at turn eight while on a personal best lap.