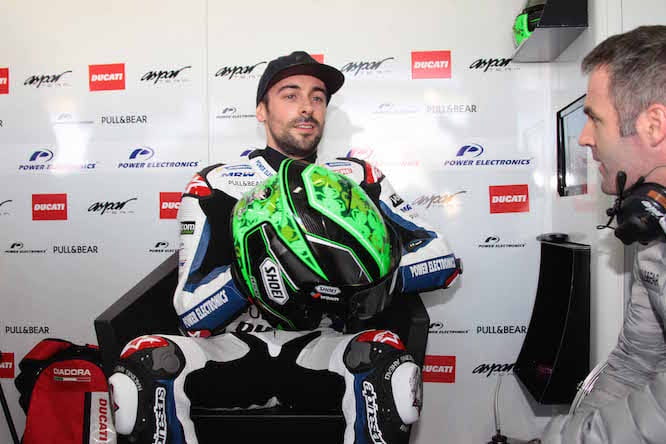 Eugene Laverty has broken his wrist while testing in Jerez with the Power Electronics Aspar Ducati team at Jerez.

Laverty fell from his Desmosedici GP14.2 in the closing stages of today’s sessions at the Andalusian circuit, where MotoGP riders are on track alongside a number of World Superbike teams in the final pre-season test before the winter testing ban kicks in.

After losing the front at turn seven, Laverty was taken to a local hospital where an X-Ray confirmed a fracture to his left radius. Further examination also revealed a dislocated shoulder and a blow to the head.

The Irishman will undergo a CAT scan in Jerez this evening to check for any further injuries, before being transferred to Barcelona tomorrow for surgery on the broken radius. 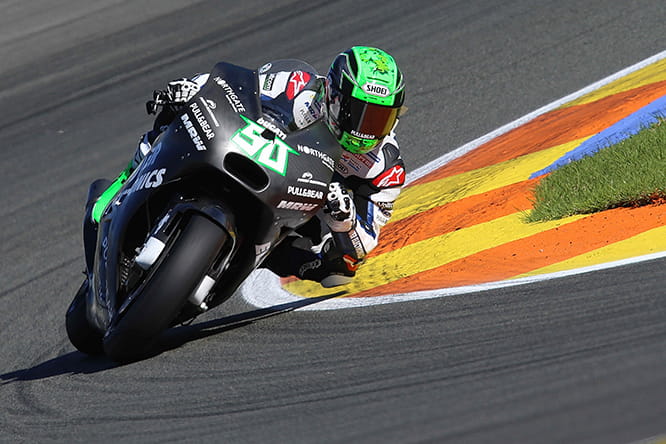 “It’s a disappointing end to a good day of testing. We made good progress with the new electronics and the last exit before I crashed was probably the first time we had the bike working correctly.

“The lap times were getting better and then I crashed, so I’m disappointed. It would always be nice to do another day but the positive thing is that the bike is working well, we are not too far away from the others and Yonny can continue to test tomorrow.

“The Ducati guys are making a big effort, so the aim right now is to recover and return in Sepang in a good way.”

Marc Marquez led the unofficial timesheets with a 1’39.57, ahead of Britain’s Scott Redding on just his second run out on the Pramac Ducati GP15. Tom Sykes was the fastest Superbike rider ahead of team-mate and 2015 World Champion Jonathan Rea.