Rivals refuse to rule Marquez out of title fight 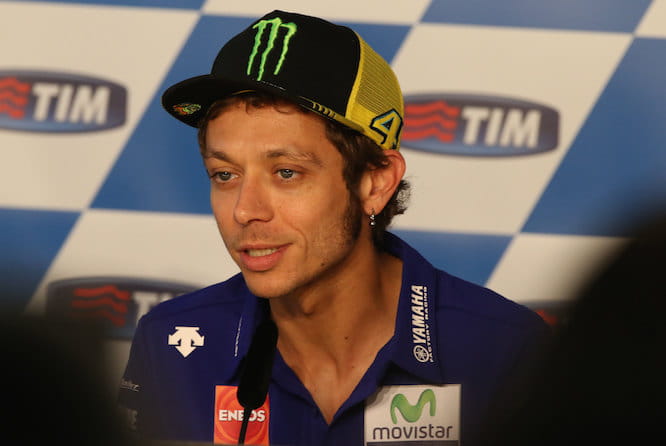 After six rounds of the 2015 MotoGP World Championship, Marc Marquez sits just fifth in the standings some 49 points behind championship leader Valentino Rossi.

With Rossi’s two victories and Jorge Lorenzo winning the last three races, the Movistar Yamaha duo have locked out the top of the championship table.

Arriving at Mugello 33 points behind the leaders, Marquez was in desperate need of a strong result. However after struggling with rear grip issues all weekend, the Spaniard qualified just 13th before dramatically crashing out of third-place with just five laps remaining in today’s race.

Despite this, neither Rossi nor Lorenzo are willing to rule out the Repsol Honda man.

“A lot of champions have recovered more points than Marc has now”, said Lorenzo. “We have to understand that it’s the sixth race, we still have 12 – double races that we have already made so anything can happen. We can break engines, we can make mistakes and Marc can win races in a row like I did. 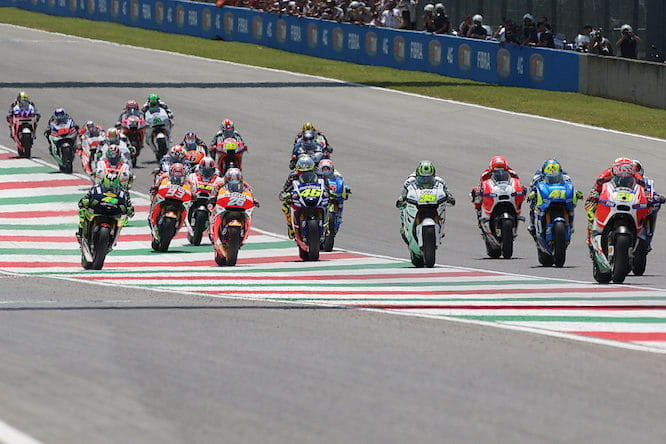 “He’s not so far as we saw today, he recovered in one or two laps the positions that he had lost in qualifying. Luckily for us he crashed and this is good for the championship!”

Rossi added: “The situation of Marquez is unbelievable now. Nobody expected that after six races Marquez is in fifth position in the championship. It’s a big surprise for everybody.

“But like Jorge says, we think about Marc Marquez and Factory Honda, I think they have some problems now, technical, balance of the bike or something. But they can recover, very, very fast also and come back stronger.”

While it isn’t impossible for Marquez to claw back the 49 points, it would be extremely difficult, especially as it doesn’t seem as though Honda are close to finding a solution to the issues he’s been struggling with.